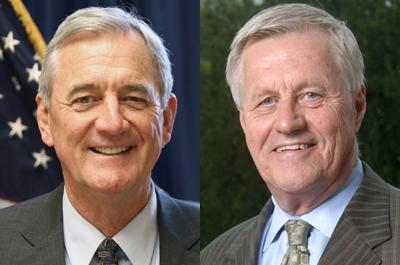 Under the bill, the ACA’s individual mandate and associated tax charges set to kick in this year would be delayed for one year. Nolan and Peterson voted for the bill, as did all three Minnesota Republicans. The bill will likely die in the Democratic-controlled Senate.

Peterson has supported delaying the individual mandate in the past, but this was a first for Nolan. The 8th District Democrat voted against a similar individual mandate delay last summer, and while he was critical of the law’s rocky roll-out in the fall, he’s rarely sided with Republicans on bills delaying, repealing or defunding President Obama’s health-care law. Wednesday’s vote was the party’s 50th try to do just that.

“No American should have to pay a penalty simply because the roll out of the Affordable Care Act has been so confusing,” Nolan said in a statement. “Moreover, if you’re going to give an exemption to businesses, you should also give an exemption to individuals. It’s only fair. We need to take the time to fix the enrollment glitches and get this right – and in the meantime allow the American people the common sense flexibility this one year delay provides.”

Many of the Democrats who voted for the bill are considered vulnerable to some extent in this fall’s elections.

Republicans have looked to put Nolan in that category, and they say his vote Wednesday was mean to give himself some political cover. The Congressional Leadership Fund, a conservative super PAC, called Nolan’s vote an “election-year conversation,” and said his “transparent election-year attempt to run for cover won’t fool Minnesotans hurt by lost coverage, higher prices and fewer choices under the law.”

Nolan, Peterson back GOP bill to delay the individual mandate