WASHINGTON — As Republicans are quick to remind, U.S. Rep. Collin Peterson, one of 34 Democrats to oppose the Affordable Care Act in 2010, has voted against every full repeal bill the House has considered since the GOP took control in 2011.

He has, however, sided with the party on half of the 50-some Obamacare bills they’ve voted on over the last three years, including all of them since October.

Not that he’s keeping track. In fact, Peterson said his votes since last fall are only “somewhat” related to what the GOP is actually bringing up.

After Peterson announced his decision to run for re-election, national Republicans put up an ad hitting him for opposing GOP efforts to repeal the bill wholesale, a vote they’ve taken — and Peterson has opposed — three times since 2011.

But Peterson’s record on GOP-led Obamacare votes over the last three years reflects his still-dim opinion of the law as a whole. And while he doesn’t have anything nice to say about how President Obama or Democrats are handling the law’s roll-out, he said he’s not going to back a GOP repeal bill unless it maintains the several parts of the law he does like, something he acknowledges is unlikely to ever happen.

A full repeal bill “repeals pre-existing conditions, it repeals all the good stuff, kids on their parents’ policies, the Medicare donut hole … by doing that, you’re getting rid of the good stuff,” he said. “So why are we doing that?”

Among the nine Minnesotans to serve in the U.S. House over the last two Congresses, Peterson’s record on Obamacare-related votes is easily the most spotted.

On 56 Obamacare bills taken up since 2011 (a list compiled from New York Times and Washington Post records), Peterson has voted for half of them, including every bill the GOP has introduced since the law kicked in last October. He has sided with Republicans on many of their more ceremonial messaging bills (repealing the employer and individual mandates, blocking funding for abortions under the law, repealing the medical device tax etc.), and he’s been a fairly reliable “yes” vote on what you could call the “deals,” the seven bills undoing parts of the ACA that have become law.

Many of his “no” votes have come on larger legislation the GOP has used as vehicles for Obamacare items, such as short-term funding bills or those undoing sequestration cuts. He sides with Democrats on the GOP’s budget resolutions and voted with them on all but one of the House’s pre-shutdown bills last fall tying government funding to Obamacare-repeal measures, and he has voted to protect parts of the law he likes, such as funding for state-based exchanges.

And, of course, he’s voted against every bill looking to repeal the entire law.

Peterson said he wouldn’t take back his 2010 vote against the ACA, something he opposed for a litany of reasons: it didn’t fix geographic Medicare reimbursement disparities, the Congressional Budget Office said it would raise costs, he disliked the bill’s insurance coverage mandates and it would cut from Medicare to pay for part of the whole package.

But there were parts of the law he liked, such as ending pre-existing condition bans and setting up state-based insurance exchanges. (“Of course, they screwed that up, too,” he said of the roll-out).

As for what should be done about the law right now, Peterson said he doesn’t have an answer. He said it’s going to take either congressional Republicans or President Obama reaching out to the other to come to some kind of compromise.

Not that he sees that happening. And not that he thinks either side is doing it right when it comes to the health care law. “People in my district are sick and tired” of the GOP’s repeal strategy, he said. And the Obama administration’s tactic of delaying portions of the law does more harm than good, he added.

But Peterson — who’s not on any of the relevant committee dealing with the law — said he’s not ready to propose any changes himself, either.

“If they would say, ‘OK we’re going to put you there and give you a lot of say about how this gets done,’ well then, I’d do it,” he said. “But I don’t think it’s going to happen.”

Republicans using the repeal votes against him

Even so, Republicans are looking to use the full repeal votes against him, at least so far.

Days after Peterson announced he would seek re-election, the National Republican Congressional Committee launched an ad featuring a small business owner hitting him for his opposition to the repeal measures. 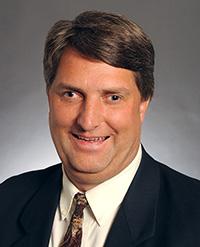 In a statement, Peterson’s opponent, state Sen. Torrey Westrom, who secured the GOP’s endorsement in the race over the weekend, said he had “failed the hard working families, farmers and small business owners of rural Minnesota” by voting against those repeal bills.

“When elected this November, I will take our shared rural values to Washington in order to get our great nation back on track — starting with the fight to repeal Obamacare and, just as importantly, replacing it with patient-centered health care reforms,” Westrom said.

Republicans are banking on Obamacare dragging down Democrats in November, heartened by polls showing approval ratings that have sagged for both the law and President Obama since the roll-out started last fall.

Peterson, though, said he doesn’t see health care making too much of an impact, at least on his race — he said his 2010 vote against the ACA should firewall him from any political headaches the law might cause Democrats.

But he said health care politics stands to hurt both Republicans and Democrats with voters this fall.

“I think it does play into the thing where everybody hates us,” he said. “It does add to that. And that’s on either side.”

But he voted against…