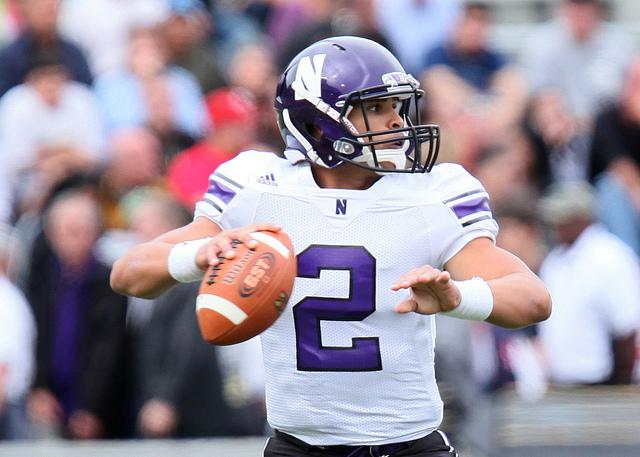 CC/Flickr/West Point – The U.S. Military Academy/Tommy Gilligan
Northwestern senior quarterback Kain Colter is meeting with a handful of Democratic lawmakers to make the players’ case for unionization on the hill this week.

WASHINGTON — The former quarterback of the Northwestern Wildcats and representatives of a union under which he and his teammates hope to organize are meeting with lawmakers friendly to their cause this week.

Kline, the Republican chairman of the House Education and Workforce Committee, came out against a National Labor Relations Board ruling in the players’ favor last week, which, if upheld, could have a wide-ranging impact on college sports, including in Minnesota. Northwestern’s senior quarterback Kain Colter is meeting with a handful of Democratic lawmakers to make the players’ case on the hill this week.

In a statement, Kline called the decision from the NLRB, his frequent sparring-partner, “a radical departure from longstanding federal labor policies.”

“Classifying student athletes not as students but as employees threatens to fundamentally alter college sports, as well as reduce education access and opportunity,” the statement said. Kline said his committee would “review the decision, monitor this case and examine its ramifications on the higher education system.”

The ruling, from NLRB regional director Peter Sung Ohr, said Northwestern’s players earning scholarships meet the definition of union-eligible employees considering their compensation (the scholarships) and the work they put in for a sport that ends up making their school a lot of money — $30.1 million in revenue for Northwestern in 2012-13.

The ruling didn’t touch whether the athletes should be paid, just that they meet pre-established standards for collectively bargaining. Northwestern athletes are looking for medical coverage for injuries and the ability to secure their own scholarships.

Steven Silton, a Minneapolis attorney who has worked in the sports sphere, said the case harkens back to one in the 1950s when a Colorado court granted an athlete workers compensation for an injury he received. The case helped establish the moniker “student athlete.”

“This ruling pulls back the curtain on this farce and said these are not ‘student athletes,’ they are athletes,” he said.

U: Athletes ‘should have a prominent voice’

The case doesn’t have an impact beyond private schools like Northwestern right now, and not even there until an NLRB and potential legal appeals process wears itself out (the legal path this could take is outlined here). 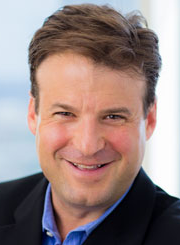 But Silton said if the athletes win on appeal — and observers consider the main NLRB especially pro-union currently — it could be a strong enough precedent to potentially justify unions at schools like the University of Minnesota, a member of the Big Ten alongside Northwestern.

Part of that, Silton said, is because of the way Ohr dismissed the school’s claim that the players’ scholarships are tied to their education, thus making them primarily students. Ohr argued that’s not the case with athletic scholarships, because they require students to spend so much time focusing on an extracurricular activity unrelated to their education.

Silton said that would be an especially potent precedent considering Northwestern’s academic requirements are so much more rigorous than other Division I schools.

“It’s interesting that Northwestern was the first battlefield,” he said. “If this applies at Northwestern, I can only imagine it’s going to apply at Auburn or Alabama or UNC.”

There are also two lawsuits pending against the NCAA or its conferences seeking compensation for former players, which could determine how future athletes are treated.

The University of Minnesota hasn’t taken a position on the NLRB’s ruling or the Northwestern case in general. In a statement, Associate Athletic Director Chris Werle said, “we agree that student-athletes should have a prominent voice” in discussions about health, safety and academic standards for athletes.

“We remain committed to the academic model,” he said, “as it provides all our student-athletes with skills and opportunities to begin and continue a wide variety of career opportunities after graduation.”

Congress could jump in and play a role in this if lawmakers wanted to, Silton said, but he suspects they might consider it unwise, politically, to wade into something as popular as American college sports.

Still, lawmakers are paying attention, and the battle lines are familiar ones. Kline and Republicans have opposed the move: House Speaker John Boehner called the NLRB’s decision “bizarre” at a Wednesday press conference, and Sen. Lamar Alexander, the former president of the University of Tennessee, told ESPN it was “an absurd decision that will destroy intercollegiate athletics as we know it.”

But some Democrats have praised the move, including Senate Majority Leader Harry Reid, who told the Washington Post, “of course they should be able to unionize.”

Rep. George Miller, the ranking Democrat on Kline’s committee, said he expects Congress will eventually consider something relating to college athlete unionization, but not before it goes through the appeals process. He was scheduled to meet with Colter, Northwestern’s quarterback, and members of a labor organization after a short interview off the House floor Wednesday afternoon.

“They wanted to come in and have a conversation and I’m glad that they did, I’m encouraged,” he said. “They took very brave action to do this. There’s a lot of pressure on college campuses on athletes of all types.”