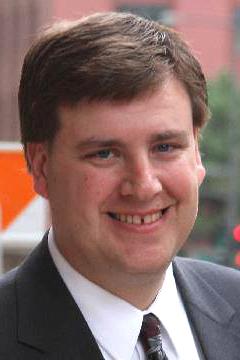 WASHINGTON — President Obama’s approval ratings have dipped in Minnesota. The public remains divided on the health care law nicknamed after him.

Obermueller released an ad Friday hitting his opponent, Republican U.S. Rep. John Kline, for voting to repeal law, and promising to “work to fix Obamacare” if he’s elected to Congress.

The campaign isn’t releasing details on the buy, except to say the ad is running on cable in the Minneapolis market. A national Republican source said the buy is a very, very small one — just $400 — making the ad a gussied up fundraising appeal more than anything else (it sends viewers to a webpage asking for donations).

Regardless, the video is an indication Obermueller isn’t going to shy away from addressing — and even embracing — Obamacare this cycle. In fact, he said he plans on talking more about what he considers the benefits of the law and the costs of repealing it between now and Election Day.

“The problem is we’ve given the Republicans the microphone on this issue for too long,” he said in an interview. “The benefits are just coming online now. …  I think it’s important to talk about what happens if they get their way, like Kline wants to do, and repeal it.”

In terms of fixing the law, as he said he’d do in the ad, Obermueller said lawmakers should look at ways to bring down the cost of health care through preventative services. He said he’d consider supporting some type of legislation allowing individuals to keep health care plans that don’t meet the law’s minimum coverage requirements, as well as a repeal of the law’s medical device tax, if it’s found to be hurting manufacturers’ research and development efforts.

Kline has supported every bill to repeal all or parts of the law since the GOP took control of the House in 2011. He’s one of a handful of committee chairmen tasked with writing a Republican Obamacare alternative, a package leadership had hoped to introduce this spring, though that process has been delayed.

Kline spokesman Troy Young responded to Obermueller by tying him to several tax increases within the Affordable Care Act.

“Mr. Obermueller is grasping at straws to do anything he can to resuscitate his failed campaign based on a track record of supporting billion-dollar tax increases on working families and voting to specifically tax our veterans and our seniors,” he said in a statement.

But Obermueller said he’s not worried about any political fallout for supporting the law.

“I don’t think there is a concern for Democrats,” he said. “The real failure here is the Republican Party’s opposition to this.”