WASHINGTON — Upset by what they consider the Obama administration’s arbitrary enforcement of elements of the Affordable Care Act and a growing list of additional grievances, House Republicans are embracing a great American tradition: they’re suing.

The U.S. House passed legislation Wednesday authorizing a lawsuit against Obama for exceeding his constitutional authority as president by delaying implementation of sections of the Affordable Care Act. Minnesota Reps. John Kline, Michele Bachmann and Erik Paulsen joined nearly all of their Republican colleagues in backing the lawsuit, a measure Democrats have slammed as counterproductive, political and distracting.

But Republicans said the lawsuit is a “measured” response, as Paulsen put it, to what they consider overreach by Obama. It also doesn’t go far enough for some of the chamber’s most conservative members — Bachmann voted for the bill, but she said there are other things the House could do to “stop the president’s lawless actions.”

Republicans’ lawsuit, if and when it’s filed, will focus on the Obama administration’s delays of the ACA’s employer mandate, but the party’s list of complaints against Obama goes a lot further than those maneuvers: House Speaker John Boehner listed a few in a USA Today op-ed earlier this week.

“We’re trying to restore balance in the three branches of government, as envisioned by the Constitution,” Kline said. “And what we’ve seen now is an abuse of power by the executive branch, and our inability to restrain that abuse in Congress.”

Paulsen said legal action is the only way to prevent “creep” from the executive branch, be it under Obama or another president.

“It’s tough for the legislative body to, one, pass laws in the first place, but then once they’re enacted, you’ve got an executive that might ignore parts of the law,” he said. “Well how does Congress respond? What authority do we have? It’s kind of a gray area in a lot of respects, but I think all presidents, there’s been more of a creep over time of more exertion outside of their ability under the Constitution.”

Details of the lawsuit — including what, specifically, it will ask the courts to do — haven’t been revealed yet, in part because GOP leadership wanted the House to vote to authorize the suit first. While Kline said he couldn’t predict what would happen to the suit when it comes before a court, he said this process lends it more credibility down the line. 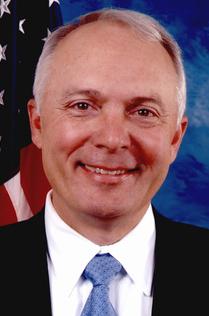 “While members of Congress have sued the president many times in the past, this is the first time where we’ve done in what I think is the right way,” he said. “We’re going to come together and vote in the House, and so the House can bring suit with standing, and it will be interesting to see it unfold.”

The question is whether a lawsuit against the president, authorized by the House, could actually succeed. Earlier this month, lawmakers from both parties called lawyers to testify before the House Rules Committee on the merits of the lawsuit. The Democrats’ choices said Republicans stood little chance of succeeding because lawmakers can’t claim Obama’s actions caused them harm, a key component of bringing a lawsuit.

“Because neither the Speaker nor even the House of Representatives has a legal concrete, particular and personal stake in the outcome of the proposed lawsuits, federal courts would have no authority to entertain such actions,” Walter Dellinger, a Clinton administration lawyer, told the committee (his full testimony is here).

But George Washington University professor Jonathan Turley warned the committee against the rise of an overly-powerful “über-presidency,” and said that while the House’s lawsuit “faces considerable challenges,” its goal to combat executive branch power “is a worthy and long overdue effort by this institution.”

There have long been frictions between Congress and the White House on executive power, especially when it comes to foreign policy. Lawmakers and Obama, for example, have occasionally clashed over the use of American military power in conflicts overseas.

“I think it’s certainly a warning to any future president to stick within the bounds of the Constitution,” Paulsen said. “So this all kind of blends together, where Congress kind of pushes back against the president, no matter who is the president.”

Bachmann voted to authorize the lawsuit, but she takes a fairly dim view on its overall usefulness. She said it’s unlikely to give House members the resolution they want — it’s possible the case won’t have standing in court, she said, and even if it does, the courts could take a long time to decide the case. 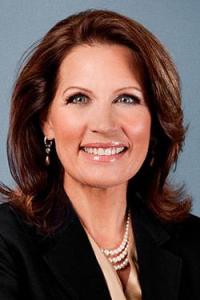 “The best outcome we could hope for is that a judge will agree with us that President Obama has exceeded Article II [of the Constitution] authority,” she said. “Well, big whoop, we already know the president has exceeded his authority. Now what? What would the judge enforce?”

House members should do more to respond to Obama, Bachmann said. Congress has the power of the purse, so she said lawmakers could defund sections of the government that carry out administrative actions Republicans believe to be improper, she said.

Bachmann also suggested the House consider impeaching members of the Obama administration who oversee those actions, but not Obama himself. She said it’s implausible to imagine the Senate removing Obama even if the House passes articles of impeachment, so House members should look to impeach officials under him instead (the impeachment process — the House impeaches and the Senate convicts and removes — is the same for lower-level officials as it is for the president).


Democrats have slammed the lawsuit as frivolous. They argued this week that Congress should focus on legislating: during floor debate on the lawsuit resolution, a score of Democrats lined up to offer doomed procedural requests that the House consider any number of Democrat-favored economic bills instead, all meant to “jumpstart the middle class instead of this partisan lawsuit attacking the president.”

Minnesota Rep. Keith Ellison scoffed when asked about the lawsuit earlier this week.

“The lawsuit is one of the most flagrant abuses of legislative responsibility I’ve ever seen. It’s stunning in how stupid it is,” he said. “It’s like a massive diversion from what we should be doing.”

House Democrats have warned the lawsuit is nothing more than the opening act for impeachment proceedings later in Obama’s term. Republicans, though, say they aren’t seriously considering impeachment — Kline said Democrats are “making stuff up.”

“The only people talking about impeachment are people in the White House and Democrats trying to raise money,” he said. 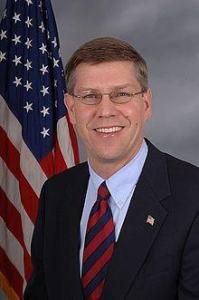 And raising money they are: The Democratic Congressional Campaign Committee, for one, has made hay with the proceedings, setting a goal of raising $8 million from donors through its positively breathless fundraising emails about the suit.

Paulsen blamed Democrats, not Republicans, for turning the lawsuit into a political ordeal.

“Certainly Democrats have made it a stunt by raising money, or using it as a political issue,” he said. “I don’t think it’s political at all. If it’s political, Republicans would have acted on it right after the last election. But I think [leadership has] been much more measured in terms of the response.”

Against the über-presidency: Minnesota Republicans vote to sue Obama