And, really, it was only a matter of time.

Franken’s ad contends that McFadden’s company is headquartered offshore in Bermuda to dodge taxes. The McFadden campaign argues — and fact-checkers have clarified — that his arm of the business, an investment banking subsidiary called Lazard Middle Market, is actually Delaware-based and pays U.S. taxes even while its parent company calls Bermuda home. (In an odd quirk, both campaigns were so satisfied by the conclusions of WCCO’s fact check last week that they uploaded the same video to YouTube to prove their point).

Either way, the ad has led to more discussion about McFadden’s business experience than has yet been seen in this campaign. It’s something that could persist, in varying degrees of intensity, between now and Election Day.

Minnesota doesn’t usually see businessmen try making the jump from the boardroom to the halls of Congress, but Republicans landed two as federal candidates this fall, McFadden and 8th District Republican Stewart Mills. In the contest to introduce these candidates to voters, their business experience stands to be a flashpoint on both sides, especially in the Senate race.

McFadden and Mills have highlighted their business careers as the most relevant lines on their resumes, arguing they have more real-world knowledge and hands-on experience, especially when it comes to the economy or health care, than other politicians, especially their opponents. But, if Franken’s ad and those likely to follow it are any guide, Democrats are ready to make business experience a political liability, as well. 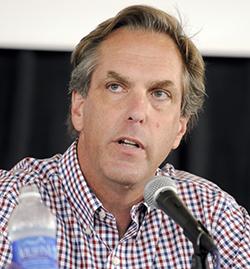 McFadden is co-CEO of Lazard Middle Market, an investment banking firm that often serves as an adviser and representative for businesses looking to be sold to other owners. McFadden and his supporters often allude to his work as a “problem solver,” and he said that experience gives him unique insight into how the economy impacts the private sector.

“I’ve spent my whole career advising small and mid-sized sized businesses, and it’s small and mid-sized businesses that have been the growth-drivers of our economy, the job-creators,” said McFadden, who is taking a leave of absence from the company during his campaign. “They’re also the ones that are getting absolutely smothered by over-regulation.”

McFadden is not the lone businessman running for U.S. Senate this cycle — he counts North Carolina’s Thom Tillis and Georgia’s David Perdue as potential future colleagues — and he said he expects a “wave election year” this November “where a number of businesspeople are going to get elected.” 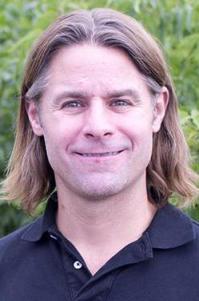 In the 8th District, Mills Fleet Farm executive Stewart Mills has already featured his role in his family’s retail company in a few of his campaign ads. Mills references his position as the company’s health plan administrator when he talks about the Affordable Care Act, a law he opposes and would support repealing if he defeats Rep. Rick Nolan this fall.

“That’s what got me off the bench on Obamacare,” he said in an August interview. “A long time before I even thought about running for Congress, I was pretty active in opposing that.”

There’s plenty of potential political upside here. In June, more than 80 percent of those polled by Gallup said they thought the country would be better governed by lawmakers with a business background. Charlie Weaver, a Republican who heads the Minnesota Business Partnership, said these candidates often look to apply their experience in the private sector to the pressing issues of the day.

“I think the thing that frustrates most people about the Washington scene are the paralyses and the reckless spending,” Weaver said. “Someone with a business background, that is a more attractive calling card.”

But there’s a flip side to that, especially in McFadden’s case.

Franken’s Bermuda ad was the first major salvo in what could develop into a Democratic campaign to define McFadden by his investment banking past, though future iterations could dive more deeply into his firm’s business record, with any Lazard client layoffs or job-outsourcing playing a starring role.

The Alliance for a Better Minnesota, a liberal group that could play in the Senate race this fall, was the first to tap into this line of attack. They released a web video the week after McFadden entered the race accusing Lazard of making millions of dollars while advising a Duluth paper mill through bankruptcy proceedings that involved laying off 5 percent of its workforce. Carrie Lucking, ABM’s executive director until August, called McFadden a “ruthless investment banker who made a whole bunch of money off of deals where people lost their jobs.”

But McFadden said situations like that are not representative of Lazard’s services. The campaign provided the contract language Lazard uses with clients stipulating that the firm has “no responsibility” for making operational decisions — in other words, they aren’t responsible for any layoffs the companies may make.

Democrats have been mining McFadden’s business background for examples like the paper mill, something for which McFadden’s campaign has been bracing. Campaign officials have briefed reporters on the differences between McFadden and Mitt Romney, who was pilloried for his private equity experience during his 2012 presidential run, and to offer a prebuttal to any Lazard attacks.

“I don’t advise clients to cut jobs. Period,” McFadden said. “We advise businesses on their balance sheet and on their capital structure. In fact it’s very explicit in our engagement agreements that we have no operational control over our clients, nor will we make operational decisions. That’s not the scope of services that we provide.”

Even so, it’s not hard to imagine these deals packaged as campaign ads and deployed against McFadden just as Democrats used Romney’s private equity experience against him in 2012. That tactic didn’t go dormant after President Obama won re-election — Democrats have used it against candidates around the country this year — nor was it a novel approach in the first place.

“It’s something people have been doing since rich people started to run for office,” University of Minnesota political science professor Dan Myers said, “and that’s a very long time.”

Myers, who studies how campaigns use story-telling in their advertising, said Democrats’ ads in 2012 were meant to not only link Romney to unpopular business dealings but to highlight policy differences between him and Obama. The ads put a human face on a political issue, he said, and were able to draw people in accordingly.

Myers said campaigns facing off against businesspeople like using stories about specific business deals as a way to make a broader political point.

Indeed, Lucking said business deals from McFadden’s past could be used to set up a larger argument against him, that he’d be a senator who would support policies meant to help the government’s bottom line at the expense of the people, or policies meant to benefit big business over others.

“We have businesses all across Minnesota, main streets that are falling down, and it’s largely because of this attitude that the workers and their communities don’t matter, the only thing that matters is that I get rich and that you get rich,” she said. “The last thing we want are more policies in the United States Senate or in Congress that benefit or change the rules so that sort of business is acceptable or that lack of accountability is acceptable.”

Democrats say McFadden has supplied them with the ingredients to make their argument. In August, for example, he said he wouldn’t support a provision requiring American-made steel — made, implicitly, with Minnesota iron ore — for the Keystone pipeline in place of cheaper steel from elsewhere. The DFL has used that against him on the Iron Range, and Franken spokeswoman Alexandra Fetissoff suggested the steel comment was revealing of McFadden’s overall approach to politics.

“As much as he tries to hide it, Mike McFadden’s business record has clearly influenced his political philosophy which explains his support for Chinese steel over Minnesota jobs and his other stances that put profits over people,” she said.

McFadden said he’s “very proud” of his business experience, and that it would be “reckless” for Democrats to use it against him the way they did with Romney in 2012.

“I think the demonization of business that took place in 2012 and continues today, not only is wrong but I believe it’s reckless,” McFadden said. “We’ve got to get this economy growing. While Democrats have spent time demonizing business they should have spent time rolling up their sleeves and figuring out how to fix our economy.”

Risky business: Is McFadden’s CEO experience an asset or liability in the Minnesota Senate race?