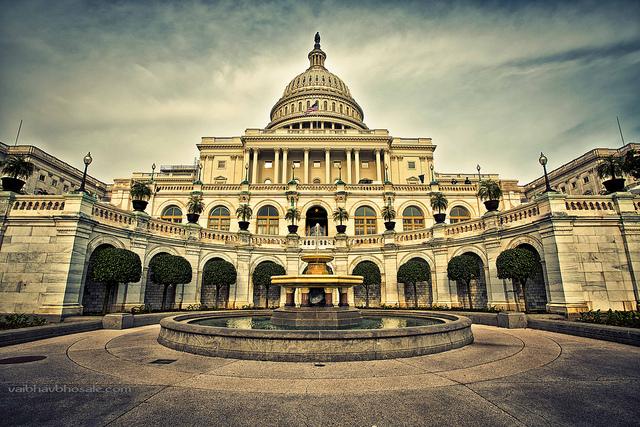 WASHINGTON — It appears to be Messaging Week in the U.S. Senate.

Congress has returned to work with one main goal before the end of the month — pass a bill funding the government beyond the end of the fiscal year on September 30. There’s also a debate simmering over the American response to ISIS in the Middle East, and President Obama will use a Wednesday speech to outline what he wants from Congress on that front. Everything else has taken a back seat until after November’s elections.

But just because lawmakers are in Washington doesn’t mean they’re taking a break from playing politics — they’re just doing it a bit more subtly.

Take the Senate’s agenda this week. Lawmakers are in the middle of a debate over a constitutional amendment that would overturn the Supreme Court’s Citizens United decision, a measure backed by Minnesota Sens. Amy Klobuchar and Al Franken. The bill passed a procedural hurdle on Monday, but even Franken, one of Congress’s biggest Citizens United critics, has no illusions about its passage. He told MSNBC Monday, “I would love to think we’re going to be able to pass this, but we’re not.”

Then, on Tuesday, Franken and a group of Democrats including Massachusetts Sen. Elizabeth Warren held a press conference promoting a bill that would allow federal student loan borrowers to refinance those loans to lower rates, covering the lost revenue by raising taxes on high-income earners. The bill is one of Franken’s biggest legislative priorities, and he’s held events around Minnesota to talk about college affordability. Franken said the bill could come to the floor for a vote sometime this week.

But the Senate already voted on the measure in June. Most Republicans voted to block it, blaming the bill’s tax increases. Franken noted Tuesday that, “we had three Republican votes … so that’s really close [to breaking the filibuster],” and Warren said, “since we last voted, everyone’s been home, and everybody’s heard from the students,” implying that could change the minds of some opponents. But that seems unlikely.

These bills are probably going to fail. But by calling them up now, Senate Democrats will get Republicans to go on the record opposing what could be very popular provisions with voters — polls tend to show Americans oppose the Citizens United decision, for example, and loan refinancing as a concept has some Republican support, just not Franken’s bill’s funding mechanism (Franken’s opponent, Republican Mike McFadden, told MinnPost he supports the idea of refinancing but would pay for it with spending cuts instead). Democrats will remind voters about this — Franken’s re-election campaign, in fact, already put out a press release about a potential vote on his bill.

So Congress may be back in session, but lawmakers are most definitely keeping their eyes on Nov. 4.