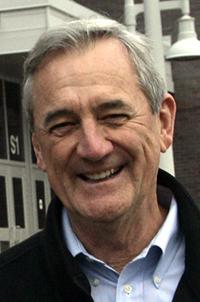 Minnesota’s 8th District has seen one of the most vigorously contested races in the country — as of Monday morning, outside groups have spent more than $4.8 million there, fifth most among U.S. House races nationally. Mills and Nolan have spent a lot of time responding to these attacks, but they’ve never had the chance to go head-to-head against each other, until now.

The Duluth Chamber of Commerce will host Tuesday’s debate, which will be live-streamed on MinnPost (via the Uptake) at 8:00 a.m. I’ll also be on the ground in Duluth live-tweeting what I can, so follow me on Twitter. In the meantime, here are three questions likely to come up tomorrow:

Can Mills draw a distinction on mining? In a district where Republicans hope they can use mining as an economic wedge issue, Mills will have a little more work to do than many of his colleagues.

While other Democrats, including statewide officials like Sen. Al Franken, have voiced their support for the PolyMet copper-nickel mine project, Nolan has embraced it more than most. Mills has said he anticipates benefitting from any split among Democrats’ labor and environmentalist constituencies — there is an anti-PolyMet Green Party candidate, Ray Sandman, on the ballot who could steal any Nolan voters disillusioned with his support for the project — but if he wants to actually take pro-mining labor votes for his own, he’ll have to offer something distinct from Nolan. 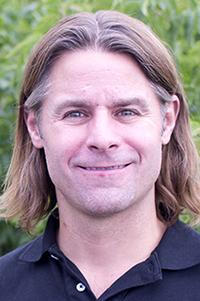 Mills has accused Nolan of “double talk” on mining, and put out an ad hitting him for supporting expanding EPA regulations, so expect to hear something like that when the topic inevitably turns to mining on Tuesday. Adding another wrinkle to the mining question, Sandman is scheduled to appear at the debate, so Nolan may have to walk a fine line on PolyMet, lest he prove Mills correct about the “blue-green” split among 8th District Democrats.

How will the candidates tackle the Islamic State question? Nolan is unabashedly anti-war and the Minnesotan most outspoken in opposing an American offensive against the terror group Islamic State in the Middle East. For this, Republicans have hit him hard: the National Republican Congressional Committee released an ad last month calling Nolan weak on terror. Fact checkers say the ad is misleading, but it’s representative of the Republican attack on Nolan’s foreign policy record.

Not that it’s fazed him — he ran on an anti-war platform in 2012 and referenced that again this year in his first campaign ad, so he’s not going to shy away from it now. In fact, his campaign has pushed back against what it considers ambivalence on Mills’ part when it comes to foreign policy. In the Senate debate last week, Franken chided his GOP opponent, Mike McFadden, for lacking clarity on the question of Syria intervention last year, telling him, “this is a serious job. You have to make decisions in real time.” Nolan may play that same card in this debate.

In an interview with MinnPost last month, Mills has said he “most certainly would vote to protect American citizens, American lives and the American homeland” against “terrorism and extremism in the Middle East.” So there’s a big difference between Nolan and Mills here, and both could use it aggressively on Tuesday morning. 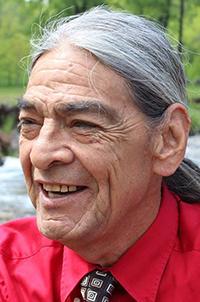 Will partisan attacks rattle the candidates? In the Senate debate, moderators asked Franken and McFadden to respond to the charges made against them so far in campaign advertising. If Mills and Nolan get the same question, they’ll have the chance to address allegations they’ve both tried to swat away throughout the campaign.

For Nolan, that will mean anything from being called anti-gun to anti-veteran. Nolan has said that despite his poor grades from the National Rifle Association and his support for assault weapons bans, he’s still a hunter and a second amendment supporter (and an ammunition shopper at Mills’ Fleet Farm stores to boot). And when Republicans lambast Nolan for voting against a veterans affairs funding bill last year, he bristles: he wanted more funding in that bill, he says, and his vote was as a protest.

Mills will need to defend his economic platform in light of Democratic ads tying his wealth to support of tax policies they say will hurt the middle class. Mills has said he thinks wealth-based attacks against him will fail because voters know and trust the Fleet Farm brand, even though Democrats have insisted that’s not the point, that they care more about what he would do in Congress than where he has made his money. Mills has a ready response to these ads — but in a debate setting, against an opponent like Nolan who has been known to play the populist card, the dynamics are much different.