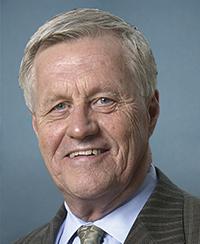 The 7th District Democrat, fresh off of winning a 13th term in the U.S. House, held a mid-morning press call with reporters Wednesday to debrief on the election, one of his closest campaigns in recent memory and one of the country’s biggest races for outside money this cycle.

“I have to get ready for deer hunting so I thought we’d do this all at once and get it out of the way,” he said.

Peterson won by 8.5 percentage points over state Sen. Torrey Westrom on Tuesday after $8.7 million poured into the race, including $4.8 million bashing him for everything from private plane travel to car leases for his staffers. He said he was so annoyed by the ads (“The Democratic ads were probably worse than the Republican ads”) that he didn’t watch television for two months.

Peterson said he didn’t let the outside money affect his strategy, sticking with positive advertising and retail campaigning throughout the district. He said his campaign spent about what it did on the 2012 race he won by 25 points (that was true through the latest financial reporting period), and an internal campaign poll showed him 8 points ahead a week and a half before the election.

“We never thought it was as close as people said, and we were right,” he said.

Peterson will return to a U.S. House in a Democratic minority that might be smaller than it’s been since the 1930s. He’ll remain the ranking member on the House Agriculture Committee, but there will be a new Republican leader — Oklahoma Rep. Frank Lucas, with whom Peterson helped write a farm bill this session, is term-limited and will give up the chairmanship. Either way, Peterson said he wants to focus his committee time on overseeing implementation of the farm bill and reauthorizing the Commodities Future Trading Commission.

Peterson said he’s open to working with Republicans on issues like transportation funding, immigration reform or tweaking the Affordable Care Act, but he said the effectiveness of the new Congress will depend more on congressional Republicans (who now hold the Senate as well) and the White House.

“They’re in charge, they’re going to set the agenda, I can’t control that,” he said. “I’ll work with Republicans to try and get a highway bill, to try and get some of these other things done, try to fix some of these problems with Obamacare. I’m hopeful we’ll figure out a way to do that. Whether we will or not will be more up to the Republican majority and the president.”

Republicans had fought hard to made Peterson’s race a competitive one — and relative to Peterson’s past wins, it definitely was — landing a top recruit in Westrom and pouring in financial assistance. But he said he never considered it a dangerous race for him.

“In the end, you can trust the voters, they are generally going to do the right thing,” he said. “They’re going to sort through this stuff and separate the wheat from the chaff and I think that’s what they did, and obviously we’re pleased with the outcome.”

“Give me a break,” he said with a laugh. “I need to go deer hunting and clear my head a little.”

Fresh off re-election, Peterson looks to his thirteenth term