WASHINGTON — Congressman-elect Tom Emmer and his nascent congressional staff are living a cliché.

“You hear all the time, ‘Hey, never measure the drapes before you do something,’ ” David FitzSimmons, Emmer’s campaign coordinator and incoming chief of staff, said Wednesday. “We tried to take that advice, ran hard through the election, did everything we needed to do, then Wednesday morning [last week after the election], everybody’s like, ‘Hey, what drapes do you got?’”

Emmer is in Washington this week with dozens of other newly elected House members for orientation, an eight-day affair filled with policy meetings, get-togethers, group photos and office assignments, a biennial ritual that has routinely earned comparisons to freshman-year orientation at college.

The congressional crash course that’s part of the orientation is important, but not nearly as much as its social aspect, something Emmer is cognizant of. While running to replace Rep. Michele Bachmann in the 6th District, Emmer was a realist about his role in the U.S. House next year: He could make lofty predictions about his clout, but as a backbencher, that would set him up for failure. Instead, as he said throughout the campaign, building relationships with fellow members and earning influence is priority one.

Other than members of the Minnesota delegation, Emmer said he didn’t know anyone in Congress until he began running for office last year. But he’s made a few trips to Washington since then and began meeting with incumbents and new members alike; they’ve been giving him tips along the way.

One of the members he connected with was North Carolina Rep. Patrick McHenry.“I met him several weeks ago, and he said to me, ‘I hate to say this to you, but it really is just a bigger version of your state experience,’ ” said Emmer, a former state representative.

“It’s funny, it’s been about 24 hours, and I would say he’s very accurate,” said Emmer.

During his campaign, Emmer set up a personal leadership PAC to raise money and send it to candidates around the country. Another, albeit much smaller, gesture toward them: using his Twitter account to send out congratulations to 17 newly elected lawmakers last week.

As for the representative Emmer will replace, he said he’s talked only briefly with Bachmann herself, but expects to consult with her more soon, and he said he’s asked her predecessor, Mark Kennedy, for advice as well. He said he expects to gather with Minnesota members before orientation ends.

Emmer hasn’t yet detailed any bills he plans to introduce or co-sponsor once he joins Congress in January, but he said he’s angling to join three committees: Financial Services, Transportation and Agriculture.

He’s also not sure about caucus memberships, a common way for members to join with likeminded colleagues to push favored policies. He paused a long time when asked about potential membership in the Tea Party Caucus Bachmann helped form, before saying he hadn’t even thought of it (Emmer rode a Tea Party-backed wave to force a recount with now-Gov. Mark Dayton in 2010, and he won the Tea Party Express’ endorsement in his congressional contest). 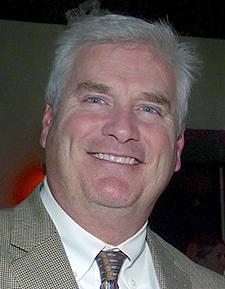 He was concise when asked to handicap how he might legislate differently from his predecessor. “Michele served the district well, Mark Kennedy before her served it well,” he said. “I’m going to be Tom Emmer and I’m going to serve the district the way Tom Emmer would, to the best of my ability.”

Emmer said he’s optimistic about the potential productivity of the next Congress, which will have Republican majorities in both chambers. Even with gridlock-inducing factors — a Democratic White House, the need for Senate Republicans to wrangle Democratic votes to pass legislation over filibusters — Emmer said he foresees “some really good things that are going to come out of this.”

He predicted congressional Republicans will work with the White House to craft legislation that President Obama would be willing to sign rather than push exclusively partisan legislation that Democrats will oppose. Republicans, he said, will look “to put things together that make sense for the American public and for the conservative message” while not being completely unpalatable to Democrats.

“There are going to be proposals, and frankly there should be, whether it’s energy or how you work with the Highway Trust Fund, some other big issues that will come up immediately, and I think there’s going to be a Republican perspective that is clear, distinct and easy to understand,” he said.

But until then, Emmer has some housekeeping to do, namely building his congressional staff.

Emmer announced the hiring of FitzSimmons, an outgoing state representative and long-time political confidant, on Monday. He and one other staffer are working on burning through their official to-do list. FitzSimmons said he plans to wrap up hiring a staff by mid-December.

Emmer’s district office will be in Otsego, and new members will participate in a lottery for Washington office space sometime next week.

Also on Emmer’s mind: where he’ll live when he’s in town. Emmer said his family plans to stay in Minnesota while he’s in Washington for work, and he’s considered just living out of his office, as some members do.

But FitzSimmons is trying to discourage that plan. Emmer, a hockey player, has reasons to believe it won’t work out, too.

“If I do find a group to skate with, on a Tuesday night or whatever, I don’t think you’ll want to keep the hockey equipment in the office,” he said. “Something tells me that wouldn’t be the right ambiance.”