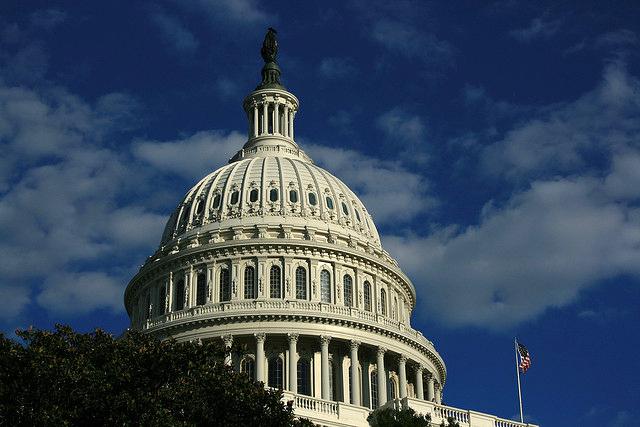 WASHINGTON — Here are a couple of “CRomnibus” updates from this weekend:

• Minnesota Sens. Amy Klobuchar and Al Franken voted against the $1.1 trillion government spending bill over the weekend, citing a handful of policy changes within it, including those to to Dodd-Frank Wall Street regulations and increased campaign donor limits. They join their five Minnesota Democratic House colleagues in opposing the bill, but they were in the minority in their party in the Senate; the final tally was 56-40, with 32 Democratic yes votes.

The House passed the bill last week, so it now goes to President Obama for his signature. It funds most government agencies through next fall, except Homeland Security, where funding will expire in February so Republicans can respond to President Obama’s immigration executive order. The bill had been dubbed the “CRomnibus” — a combination continuing resolution (the Homeland Security portion) and omnibus funding bill.

The Senate passed the bill on Saturday night after an unusual weekend session and a long day of nomination votes (which we’ll get to). The bill undoes a Dodd-Frank trading regulation and increases the per-year limit on donations to party committees from around $130,000 to more than $777,000 (Common Cause has the explainer).

“This spending bill included major provisions that were added with no public debate, including measures designed to chip away at campaign finance laws,” Klobuchar said in a statement. “We need to have these debates in the light of day through an open process, and moving forward I will continue to fight to make sure we can find common ground without sacrificing transparency and accountability.”

“This bill reverses important rules that were put in place after the 2008 financial crisis, putting tens of millions of Americans back at risk,” Franken said in a statement. “And this bill further erodes our nation’s campaign finance laws by giving wealthy individuals even greater influence in our election system. After closely studying the legislation, I could not in good conscience vote for it.”

• Notably, it was Franken’s old attorney, Marc Elias, who led Franken’s recount team in 2008-09, who helped write the new campaign finance provisions, according to Politico.

• As for the nominations, Democrats are set to approve up to 24 new Obama administration officials after a day of procedural votes on Saturday, allowing for their potential confirmations sometime this week. Democrats can thank conservative Sens. Ted Cruz and Mike Lee for this — the pair objected to a deal Senate leaders had cut on Friday to vote on the budget deal this week, forcing a weekend session which gave Democrats time to set the confirmations in motion. Politico has more on the procedural maneuverings here, as well as some of the nominees who could get confirmation votes this week.

• One nominee who will not get a vote is George Tsunis, the New York businessman whose nomination to be ambassador to Norway was derailed by a disastrous confirmation hearing last winter. Tsunis told Newsday he had heard he would not get a vote on his nomination.

Norwegian-Americans, led by Minnesotans, launched an offensive against his nomination after the January hearing. Soon Klobuchar and Franken, as well as North Dakota Sen. Heidi Heitkamp and South Dakota Sen. Tim Johnson, both Democrats, said they wouldn’t support the nomination if it came to the floor for a vote. With four Democrats defecting and no Republicans likely to support Tsunis, he was facing a very tough sell in the Senate. In the end, Democratic leaders never brought him up for a vote.

“Though I do feel for Mr. Tsunis, I know that our efforts over the past eleven months have finally brought about the right result,” T. Michael Davis, a Twin Cities attorney who helped lead the charge against Tsunis, said in a statement. “Instead of seeing Norway denigrated, both countries embarrassed, strategic interests jeopardized in an area where Russian aggressiveness has become a daily occurrence, or putting real business, diplomacy, and exchange on hold for the next two years, we can now look forward to what we hope will be a qualified and knowledgeable individual nominated for Oslo in the coming weeks by President Obama.”

• Finally, Klobuchar was among a group of senatorial Christmas carolers over the weekend, per a photo from New Jersey Sen. Cory Booker.