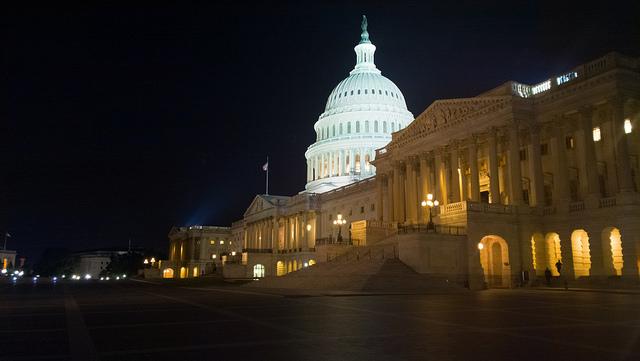 WASHINGTON — Nothing is easy in this Congress, right up to the bitter end.

In potentially its final series of votes of the 2014 session, the House passed a bill Thursday night to fund the government into next year, after a lot of behind-the-scenes arm-twisting and public hand-wringing. All five Minnesota Democrats in the House voted against the bill, as did Rep. Michele Bachmann. Republican Reps. John Kline and Erik Paulsen voted yes.

The bill funds most of the government through September, except for the Department of Homeland Security. Lawmakers funded that through February, giving Republicans enough time to craft a response to President Obama’s executive action on immigration (Homeland Security implements the executive order).

The House was scheduled to vote on the bill around 2:00 p.m., but recessed instead while leadership looked for the votes to pass it. When the House finally voted on the bill, around 9:15 p.m., the final tally was 219-206, with 67 Republican no’s and only 57 Democratic yeses.

Members of the two parties had different reasons for voting against the bill. Most conservatives, including Bachmann, opposed it because it didn’t go far enough in undoing the immigration order. Minnesota liberals Betty McCollum and Keith Ellison said in statements that they objected to policy riders attached to the bill, including increased contribution limits for political parties and a change to Dodd-Frank trading regulations; Rep. Rick Nolan said the same, and added his opposition to war funding and a change to pension programs. Rep. Collin Peterson said he opposed the bill because of the Dodd-Frank changes.

The bill is meant to avert a government shutdown, which was due at midnight Thursday. The Senate still has to take up the legislation, and could consider it as soon as Friday. In the meantime, Congress approved a two-day extension of government funding to avoid a shutdown.