WASHINGTON — The most conspicuous Minnesotans in the House chambers during last night’s State of the Union address were Rebekah and Ben Erler, the Minneapolis couple and guests of the first lady whose story of middle-class resilience served as a central anecdote in President Obama’s speech. But they weren’t the only Minnesotans in the room.

Each member of Congress gets to invite a guest to sit in the upper gallery of the House chamber and watch the speech.

Selecting a State of the Union guest is one of those “flag in the ground” moments for members, who often invite people of like mind and priority: Rep. Keith Ellison’s guest this year is a champion of the low-wage worker; Rep. Tim Walz brought a decorated member of the military. They bring an eclectic mix of interests, experience and expertise to Washington, and in a grab bag speech like the State of the Union, there’s something in there that hits home for most of them. 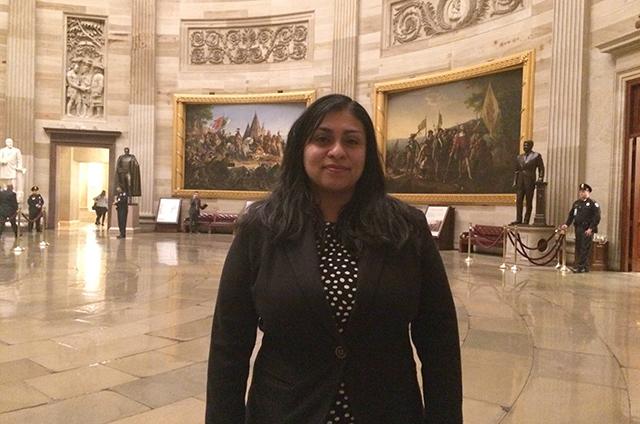 Mendez’s group works with low-wage workers throughout the Twin Cities, organizing fast food workers and janitors to push for higher pay and better benefits. When Obama talks about a minimum wage hike, or paid sick leave, or free community college for students, the people with whom Mendez is working most definitely stand to benefit. Mendez said “99 percent of our members don’t have what President Obama was talking about” in his speech.

“Low-wage workers across the country have been standing up in the hundreds of thousands and demanding change because they continue to be marginalized in this economy, and we need to see a change,” she said.

The political atmosphere in Minnesota has been a bit better for her group’s goals recently, but she said it takes collective action to force lawmakers on any level to move on the issues that matter most to them.

“Whether it’s the state Legislature in Minnesota or the U.S. [Congress], I think that it’s all about people being in the streets, speaking up and demanding justice, and demanding that their voices be heard, and as long as people are doing that, we can change it, wherever we are,” she said. 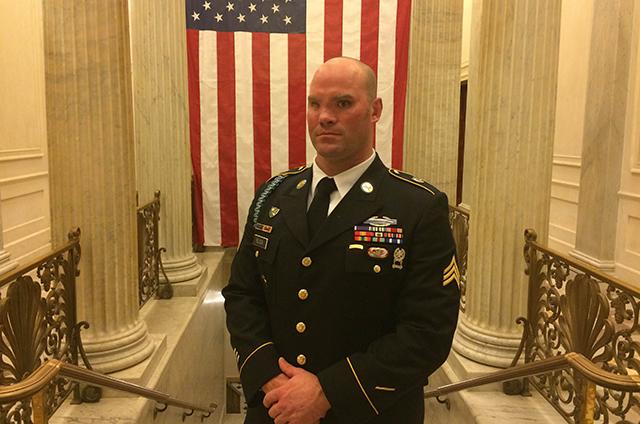 It was Oct. 5, 2013, in southern Afghanistan, when a woman blew herself up near Waseca native Thomas Block.

He was thrown 35 feet into a minefield, and it took doctors six surgeries to rebuild his face, according to a military narrative of his service published last year when Block won the Army Times Solider of the Year award. His right eye is gone. A prosthetic has taken its place, stamped with an image of Captain America’s shield.

Veterans affairs and military issues weren’t marquee issues in his speech, but Obama did highlight a vets jobs initiative, and he said the Veterans Affairs administration is on track to fix its backlog of hospital patients, a problem that boiled over into a scandal last year.

Block, Walz’s guest, is still on active duty, so he’s diplomatic when it comes to Congress and its politics. He said he’s “going to put a lot of faith in my leadership to voice what we need to be done for us,” but he was interested in what Obama said on veterans, and he said the VA is moving in the right direction.

“I’m going to trust in my leadership that they’re going to get it right for me when I go through and I get to that system as a retired military member,” he said. 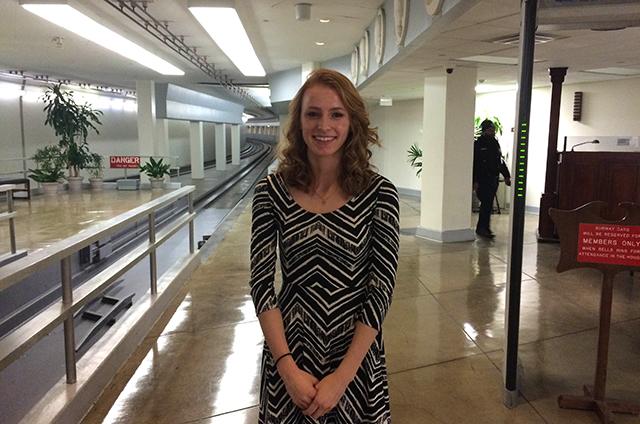 Cerkvenik’s school of choice, Colby College, is a four-year liberal arts institution, so it’s different from the community colleges that Obama talked so much about in his speech.

But Cerkvenik said if Congress were to find some agreement on a way to subsidize community college — a long shot, to be sure — it would be something that would “have a good effect on my generation.”

“I think it’s great that he’s trying to expand free college education into the college level, especially with all the technological advances that our country is making,” she said. “It’s getting hard to get a job without a post-secondary education, so I thought that was pretty awesome.”

But for all the talk about free community college and enhanced job training opportunities, the president of the University of Minnesota’s undergraduate students said she was surprised by how little else Obama said about higher education. 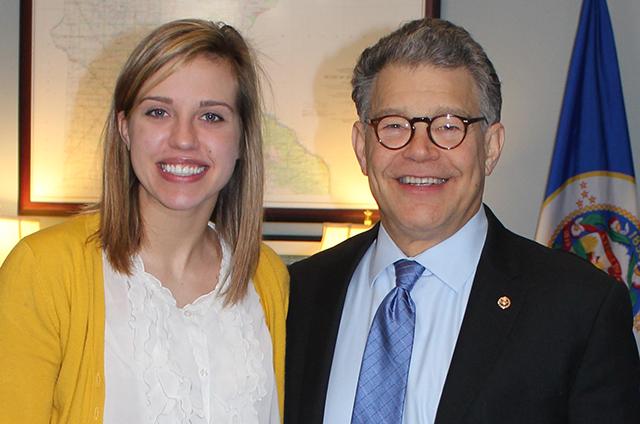 Joelle Stangler’s school won a mention in Obama’s speech, but not in the context it might like: A year at the U, Obama said, costs as much as a year of child care for two Minnesota children, in what amounted to an indictment of both college affordability and child-care costs.

Stangler said Obama’s free community college plan is one to watch, but she’s interested in how the government would fund it, and how it will conform with states that are already trying to bring down costs. She said she was hoping to hear more about existing student debt, a topic Sen. Al Franken, her host, has worked on.

“I would have liked to see a focus on a solution on existing debt rather than letting it linger like the elephant in the room,” Stangler said. But she’s a pragmatist, hoping a student loan plan will be in Obama’s budget proposal, and cognizant about just how much a president is able to fit into any one State of the Union address.

“Student debt isn’t the sexiest of things to be included in the speech,” she said.

Grant Snyder has been on the sex trafficking beat in Minneapolis for four years, officially, and 15 years overall. The problem has become a scourge for the city, he said, with victims growing younger and more numerous every year.

Rep. Erik Paulsen invited Snyder to the State of the Union as the congressman is pushing a bill, modeled off of a Minnesota law, that would create “safe harbors” for trafficked girls, treating them as victims of a crime rather than criminals themselves. Sex trafficking prevention didn’t come up in Obama’s speech, but it’s already moving on the Hill; the House Judiciary Committee is due to mark up Paulsen’s bill on Wednesday, and a previous version passed the House unanimously last year.

“Safe Harbor is one of those things that is a really great starting point, because it makes that commitment to look at this a certain way and to really look at the victims a certain way, and that’s critical,” Synder said.

The next step is a more difficult one: trying to dampen demand, especially for young girls. Snyder suggested hiking up penalties for people who go looking to buy sex.

“If we believe that sex trafficking is slavery, then in all its various manifestations, whether it’s street corner prostitution, massage parlor sex work, those sorts of things, we need to be very deliberate about increasing the penalties for buyers of sex across that whole spectrum,” he said. “That’s where the problem really lies.”

Hearing from the other Minnesotans at the State of the Union