WASHINGTON — Minnesota Rep. Tom Emmer has described his positions on the Agriculture and Foreign Affairs committees as a potent combo for Minnesota interests — especially with the prospect of improving relations with Cuba landing in Congress’ lap right away this session.

Agricultural interests and their allies, including a Cargill-led group, have already touted the benefits of lifting the 54-year-old embargo against Cuba for their industry, a prospect made more likely by the Obama administration’s sudden shift in relations with the country in December. But there are stumbling blocks: only Congress can lift the embargo and its members are fractured on the Cuba question, and a deal to normalize relations with the country is a long way from final anyway.

Cuba is one of the first foreign policy questions Emmer, a Republican, has tackled in the new Congress — the Foreign Affairs Committee’s second hearing of the session was on Cuba. If certain conditions are met, Emmer said, he could support lifting the embargo and even though he thinks Obama could have been more open about his initial talks with Cuban officials, he’s willing to let U.S.-Cuba talks work their way toward a solution.

“By all accounts the Cuban people are worse off today than when [the embargo] started. So clearly that’s not working,” he said. “And I’m supportive of engaging in diplomacy, starting to re-engage in diplomatic relations with Cuba, to begin that process to hopefully someday getting to normalize that relationship. But it’s two separate things. One, it’s diplomacy, and down the road is normalization.” 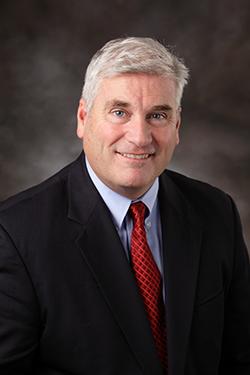 In December, Obama announced restored diplomatic relations with Cuba and the easing of certain trade and travel restrictions. Since then, the administration has been negotiating with Cuban officials with the intent of eventually fully normalizing relations with the country, but because aspects of American sanctions are baked into statute, Congress will eventually need to take up the issue.

Before that happens, negotiators have to resolve any number of concerns. When Obama officials testified before the Foreign Affairs Committee on Wednesday, Emmer focused on three:

He said he could support eventually normalizing relations, but we’re nowhere near the point where that’s possible yet.

“This is were I think everybody got ahead of themselves, because they equated renewed or restarting diplomatic relations with normalization,” he said in an interview. “[Obama has] re-engaged the diplomacy, now the question is: can you get these things at the end of the day so you can normalize these relations?”

Obama’s December shift in Cuba policy caught nearly everyone by surprise, and on Capitol Hill, it’s drawn battle lines among both Republicans and Democrats.

Within the GOP there are members on every side of the debate. Emmer, for example, is content to let the process work itself out and provide oversight along the way. Others, led by Arizona Sen. Jeff Flake, are essentially selling Obama’s plan to Congress from the right side of the aisle. A more vocal group, one that includes Sens. Marco Rubio and Ted Cruz — both Cuban-American, both potential presidential candidates — has come out forcefully against normalizing relations with Cuba.

Democratic detractors are fewer, but prominent: New Jersey Sen. Bob Menendez, a Cuban-American and the ranking Democrat on the Foreign Affairs Committee, has not been shy about his opposition to Obama’s maneuvers on Cuba.

Among Minnesotans, Rep. Erik Paulsen falls close to Emmer. In a statement, he said, “We should be looking at opportunities to open up trade between the United States and Cuba so we can export more American goods and services. However, the President should have engaged Congress before making concessions to the Cuban government.”

In a statement, Rep. John Kline said he’s “not confident the Administration will follow through on its promises to hold the Castro dictatorship regime accountable, and I’m concerned about revisiting relations with Cuba until all Cubans enjoy a free democracy.”

Emmer said he’s talked to some Republican members who could fit in the Rubio-Cruz camp, but that many GOP critics of Obama’s plan are taking a more measured approach to the issue. They’re upset about the way he went about negotiating the initial deal — in secret, without consulting Congress first — but willing to see what comes next (something they’re probably stuck doing anyway, given that Obama has the reins of U.S. foreign policy for the rest of his term).

“I think they are sending up that warning flag about, no, you don’t just go from zero to normalization overnight, there are some major issues that need to be dealt with,” Emmer said.

Last month a group, led in part by Minnesota’s Cargill, called the U.S. Agriculture Coalition for Cuba launched with the goal of lifting the embargo and opening the country up for more American trade.

Their kick-off event in Washington attracted both Republicans and Democrats ready to preach about what promise a normal relationship Cuba could have for American farmers. Agriculture Secretary Tom Vilsack called it a $1.7 billion market, and Sen. Amy Klobuchar gave a speech saying that even the relaxed trade provisions Obama has already introduced could double Minnesota agriculture exports to the country (some agricultural trade is allowed with Cuba under current law. Exports to Cuba were worth about $20 million for Minnesota in 2012, out of an $8.2 billion export portfolio). REUTERS/Larry Downing
Sen. Amy Klobuchar, along with a few other members of Congress and Secretary of Agriculture Tom Vilsack, spoke at the National Press Club to the U.S. Agriculture Coalition for Cuba.

Emmer said he hasn’t been directly lobbied by anyone in the agriculture industry on Cuba (“Nobody’s called me yesterday or in the last 28 days and said, ‘you’ve got to get on board and you’ve got to support normalized relations with Cuba,’ ” he said). But he said he’s dealt with the country’s market potential since his time in the Legislature.

“You’ve got a population of over [11] million, they are potential, not only allies, the people of Cuba, to this country, but they’re customers, they’re suppliers someday, there are a whole bunch of benefits if you get through these issues,” he said. “There are a lot of people in Minnesota who, in addition to other parts of the world, look at Cuba as a wonderful opportunity for exchange.”

No one expects Congress to move quickly on Cuba issues. Emmer said the administration’s negotiations need to yield results first, and Klobuchar, at January’s event, said Congress will mostly focus on oversight of those negotiations for now.

Rep. Collin Peterson, the ranking Democrat on the House Agriculture Committee, agreed. Peterson has carried Cuba-related bills in the past, including one nearly included in a funding bill in 2010 that would have lifted a travel ban to the country and eased export restrictions there. Democrats controlled Congress at the time, but leadership still pulled the measure from the bill.

Republicans are in charge now, and Peterson said they wouldn’t be able to do anything on Cuba this session, either for or against thawed relations. His focus, like others, is to see what policy changes Obama plans to make on his own.