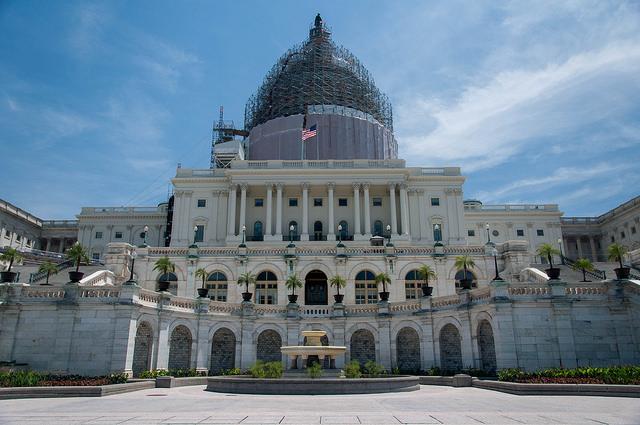 CC/Flickr/Scott Johnson
The House of Representatives voted 218 to 208 to advance Trade Promotion Authority — commonly known as “fast-track” — as a standalone bill.

WASHINGTON — Last week, when their major trade bill was dramatically defeated, President Obama and GOP congressional leadership went back to the drawing board to find a way forward.

On Thursday, that way forward became clear: the House of Representatives voted 218 to 208 to advance Trade Promotion Authority — commonly known as “fast-track” — as a standalone bill. TPA would clear the way for President Obama to negotiate the Trans Pacific Partnership, a 12-nation free trade agreement.

Previously, GOP leadership advanced this “fast-track” authority together with Trade Adjustment Assistance, a worker aid program, in a single package, hoping the worker assistance provisions would draw some Democratic votes. But that effort failed last week when Democrats largely voted against the worker assistance program in an effort to scuttle the entire trade deal.

On Thursday’s standalone “fast-track” vote, all of Minnesota’s Democrats voted “no,” while its Republicans voted in favor.

TPA now heads to the Senate, where a roughly a dozen Democratic votes will be needed to pass it. Sens. Al Franken and Amy Klobuchar have signaled their opposition to TPA in the past, though Klobuchar has not come out wholesale against the Trans Pacific Partnership.

Senators of both parties have said they will have a hard time sending TPA to Obama’s desk unless there are assurances a renewal of the TAA worker assistance program will soon follow. Senate leaders have said that TAA will be attached to a trade preferences bill focusing on African countries, which has Democratic support.

In the days since Friday’s vote, the White House and GOP leadership — forming a rare alliance — undertook a serious offensive and did some parliamentary wrangling to get TPA back to the House floor. At first, there was doubt they would be able to get Democrats to vote for TPA if it were separated from TAA. But House Speaker John Boehner, R-Ohio, and Senate Majority Leader Mitch McConnell, R-Kentucky, have virtually guaranteed that TAA will follow TPA. The White House has said “the only legislative strategy the president will support is a strategy that results in both TPA and TAA coming to his desk.”