WASHINGTON — Last week, leaders of the Brewers’ Association — a trade group for small craft brewers — descended on Capitol Hill. High on their agenda: urging lawmakers to advance the Small Brewer Reinvestment and Workforce (Small BREW) Act, a bill introduced by Minnesota 3rd District Rep. Erik Paulsen that would slash federal excise taxes for small breweries based in the United States. But thanks to the introduction of another bill backed by big breweries, Paulsen now finds himself in the middle of a contentious beer battle.

Paulsen’s bill, which he introduced with Rep. Richard Neal, D-Massachusetts, has about 40 co-sponsors in the House, and a sister bill in the Senate. It defines a “small brewer” as one that produces fewer than 6 million barrels of beer annually, and it adjusts tax cuts so as to benefit the smallest breweries. For any small brewer, the federal excise tax is halved — from $7 to $3.50 per barrel — on the first 60,000 barrels of beer they produce. From that point up to 2 million barrels produced, the tax is lowered from $18 to $16 per barrel.

In Minnesota, popular brewers like Brooklyn Center-based Surly Brewing Company would stand to gain from the cuts. According to the Brewers’ Association, there are 3,200 small breweries around the country, employing more than 100,000 people. Craft beer was a $14 billion industry in 2013. (There are 75 craft breweries in Minnesota, and another 45 that plan to open, according to Bob Pease, CEO of the Brewers’ Association.)

Weeks after the introduction of Small BREW, Rep. Steve Womack, R-Arkansas, and Rep. Ron Kind, D-Wisconsin, introduced the Fair Brewers Excise and Economic Relief, or “Fair BEER” Act. The Fair BEER Act intends to spread the tax benefits to all brewers who supply beer in the U.S., even those based abroad. Under the bill, brewers who make under 7,144 barrels per year would pay no excise tax, while those making between that and 60,000 barrels would pay $3.50. From that point on, its rates are the same as those of the Small BREW Act.

These seemingly minor differences between the bills, however, have sparked a lobbying and messaging battle between craft brewers and the big breweries. The Fair BEER Act is strongly backed by the Beer Institute, the trade group that represents the world’s biggest beer providers, MillerCoors and Anheuser-Busch InBev. The Beer Institute has spent over $600,000 lobbying in D.C. in the first quarter of 2015 alone. The Brewers’ Association, on the other hand, has spent $40,000.

While the Brewers’ Association’s Pease says his group doesn’t oppose the Fair BEER Act, he maintains that Small BREW is a better law. Indeed, Brewers’ Association has branded the Fair BEER Act as a creation of the mega-breweries, designed to block what it calls a measure to help the little guy. It’s a “strictly defensive bill designed to fend off a tax increase for large brewers,” the group said. 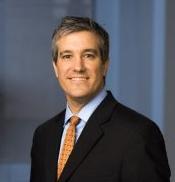 It’s still early in the legislative process on both bills — neither has been scheduled for a mark-up yet — and industry-specific tax breaks are famously difficult to advance. It’s very possible neither will move ahead, much less pass.

Paulsen, for his part, has sought to stay above the fray in the beer battle. He hasn’t weighed in publicly on the Fair BEER Act, and has mostly stuck to supporting his bill. Critics have attacked Paulsen — a deficit hawk who’s argued against special interest carve-outs in the tax code — for pushing the bill. If enacted, the Small BREW Act could cost the federal government as much as $79 million in lost revenue this year.

Beyond Paulsen, Minnesota lawmakers on both sides of the aisle have close ties with the beer industry. Reps. John Kline, Betty McCollum, and Rick Nolan are members of the House Small Brewers Caucus, along with Paulsen. The National Beer Wholesalers’ Association, which backs the Fair BEER Act, kicked in thousands of dollars in campaign contributions to Paulsen, Kline, McCollum and Nolan, in addition to Reps. Collin Peterson and Tim Walz.