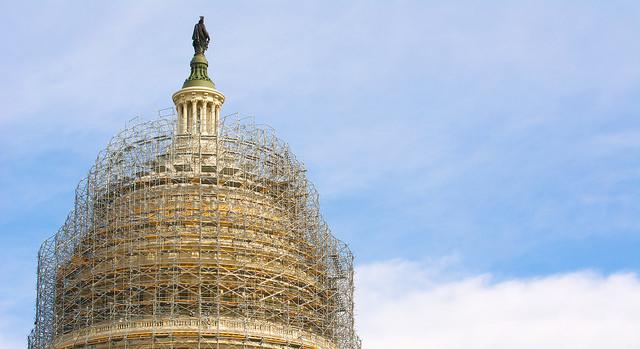 WASHINGTON — Members of the House of Representatives, including 4th District Rep. Betty McCollum, were shocked Wednesday night when Republicans quietly introduced an amendment to a massive interior appropriations bill that would ensure that national parks could display and sell the Confederate flag.

After outraged statements and floor speeches by McCollum and several Democrats, GOP leadership announced that it had pulled the massive spending bill off the floor before a major vote scheduled for Thursday afternoon.

Late Wednesday, as work on the bill appeared close to finished for the night, Interior Appropriations Committee Chair Rep. Ken Calvert, R-California, unexpectedly introduced the amendment after an aide passed it to him, according to CQ Roll Call. That move came a day after the House had agreed on amendments that would prohibit federal money from being used to place Confederate flags on graves, and prohibit the sale and display of the flag in national park gift shops. Calvert’s amendment squarely overturned that: the Republican said tersely that “this amendment will codify existing National Park Service policy and directives with regard to the decoration of cemeteries and concession stands.”

Immediately afterward, McCollum — who has managed the Democratic side of the bill, as ranking member on the Interior Appropriations Subcommittee — rose to express her disbelief. “I never thought the U.S. House of Representatives would join those who want to see this flag flown,” she said.

Democrats, including McCollum, have suggested Calvert’s amendment arrived to the floor as a last-minute ploy from GOP leadership to corral Republican support for the appropriations bill, which some conservatives in the caucus believe does not go far enough toward limiting the power of the Environmental Protection Agency, among other things. On Thursday morning, McCollum told reporters that Democrats understood that conservatives “weren’t going to help pass the bill unless they can have something out of it.”

Democrats are united in their opposition to the bill because they believe it overly restricts the federal government’s ability to regulate polluters.

McCollum said she spoke to Calvert after his amendment’s introduction, and told him she was disturbed by how last-minute it was. She said it arrived to her as a “hand-written, scribbled copy.”

In a statement released after the removal of his amendment, Calvert appears to have taken McCollum’s misgivings to heart. “I regret not conferring with my colleagues on the other side of the aisle, especially my Ranking Member Betty McCollum, prior to offering the Leadership’s amendment and fully explaining its intent given the strong feelings Members of the House feel regarding this important and sensitive issue,” Calvert said.

The Republican nevertheless defended the content of his amendment. Calvert said it codified existing policy set by the Obama administration, which limits the flag’s role in national parks to educational or historical contexts, and added that the amendment “clear[s] up confusion” about federal policy. Still, it overturned the amendment, adopted without opposition on Tuesday, regarding rebel flags in federal cemeteries.

It’s unclear when the Interior and Environment Appropriations Act will return to the House floor — House Speaker John Boehner said it will be held until a resolution on the flag issue is reached.