It’s a time-honored congressional tradition: every August, members of Congress quickly file out of humid D.C. and head home for several weeks for the so-called “summer recess.” For much of its history, the recess was a time for some R&R, and the American public still mostly thinks so. Inevitably, before heading home, Congress leaves a major piece of business unresolved — this year, it was transportation funding — prompting pundits to denounce delinquent lawmakers for “skipping town” to go on vacation.

The idea that members of Congress set aside business to take a five-week summer break  is a major misconception, though. Members are just as busy back home as they are in D.C. — in some ways, even busier. They fill the weeks of recess not with lounging at the lake, but with meetings, fundraisers, and business trips. In election years, it’s a time for campaigning. There’s a reason why the preferred term for the recess these days is “summer work period” — and why it can be uttered without a smirk.

Still, what, exactly, do lawmakers do on recess? MinnPost checked in with members of the delegation to get a sense of their plans until Congress convenes again after Labor Day.

For members of Congress — particularly those in the House — the recess is a critical time to have face-time with constituents and, more generally, be visible in their districts. Many lawmakers cite this as the single most important part of their time away from D.C., and their schedules reflect that: from early in the morning until late at night, their days tend to be packed with meetings, tours, speaking appearances, and interviews with local media.

Take, for example, a typical mid-August day for 6th District Rep. Tom Emmer. He’ll start his day at 8:30 with a quick, half-hour meeting at the United Way in St. Cloud. Then, he has a 90-minute coffee meeting with the Minnesota Council of Nonprofits, followed directly by a sit-down with the editorial board of the St. Cloud Times. At noon, Emmer will tour the St. Cloud VA facilities, followed by a meeting with leaders of the Small Business Advisory Council in Otsego. His day wraps up at 8:30 with a 90-minute town hall in Waconia.

5th District Rep. Keith Ellison has a similarly frenzied schedule — he cited a day last week in Minneapolis when he worked from 7:30 in the morning until 9 at night. Between interviews and staff meetings, he spoke on a panel at the National Association of Black Journalists’ convention in Minneapolis, participated in events commemorating the 50th anniversary of the Voting Rights Act, and toured areas of Minneapolis with U.S. Department of Housing and Urban Development Secretary Julian Castro.

It was a Friday and Ellison — a practicing Muslim — didn’t have time for the customary Friday prayers. “That’s what it’s like in the district during the summer work period,” Ellison says.

Members of Congress spend significant amounts of time fundraising. In fact, if you’re a member of the House — where an election is always on the horizon — you might spend at least 25 percent of your working time raising money, according to Steve Billet, director of George Washington University’s Legislative Affairs Program. A slide leaked from a PowerPoint presentation by the Democratic Congressional Campaign Committee suggested that new members spend four hours per work day on “call time” — read: chatting up donors. 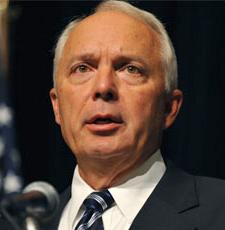 Back home during the recess, those fundraising operations hardly let up. Instead of merely calling up major contributors, however, lawmakers can secure valuable face time with them. This month, GOP Reps. Emmer, John Kline, and Erik Paulsen will host a fundraiser in Edina for House Speaker John Boehner, who will be in attendance. The event benefits Boehner’s joint fundraising committee — a type of committee that leverages the stature of a figure like Boehner to spread the wealth among candidates — and will likely attract top-level donors.

Since elections are still over a year away, the pressure to rake in cash won’t be crushing, but it remains a key priority. “Fundraising is one of those things we have to do no matter where we are,” Ellison says. “We call donors, talk about what we’re doing, talk about raising money for the DCCC.”

Keeping tabs on the district office

It’s not glamorous work, but during the recess, members of Congress have duties to attend to in their district offices. Generally, members’ senior legislative and communications staff work out of their offices in Washington, but district offices are home to the bulk of constituent services staffers. When they return home, members will touch base with their district workers, and some will personally interview candidates for open spots in Minnesota and D.C. District offices, like the ones on Capitol Hill, are also home to interns, and members often make time to have lunch with them, too.

Members of Congress are almost always on the move: Minnesota’s House members generally return back to their districts on the weekends, so they spend a good chunk of time on planes or in airports. While the recess offers a brief respite from the commute, lawmakers are hardly sedentary during their time away from D.C. Senators Al Franken and Amy Klobuchar must make appearances across the state; representatives like Collin Peterson and Rick Nolan have huge districts to cover. (Peterson is known to fly his own plane across the vast 7th District.)

On Monday, for example, Franken spent the morning doing radio interviews in Minneapolis before traveling to Rochester to visit the Mayo Clinic and meet with the Rochester Post-Bulletin editorial board. Over the course of the month, the senator will attend over 35 events and meetings around the state. Klobuchar — as part of her annual goal to visit each of Minnesota’s 87 counties — will tour 12 western counties in August to focus on rural Internet access.

The recess is also prime time for overseas travel — something members regard as one of the coolest parts of the job. Typically, there are a few ways members can travel abroad. The most common are through an official, taxpayer-funded congressional delegation (CODEL), though there are also privately-sponsored trips, which are often funded by foreign governments and trade groups. 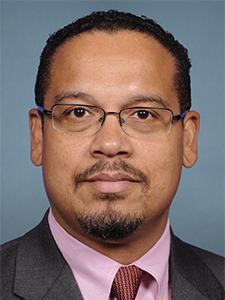 A typical congressional trip overseas is hardly a sightseeing tour: they’re highly scheduled, with very specific goals. Often, CODELs travel to places where American troops are active, like Afghanistan, or to emerging nations in Africa and Asia where the U.S. is eager to establish stronger ties. Days are usually filled with travel, meetings, and tours. Ellison compared it to a graduate school seminar, “like drinking out of a water hose, frankly.”

This month, Ellison will join a privately-sponsored trip to Tanzania, where he and other lawmakers will meet with officials and tour businesses in the east African nation of 50 million. Paulsen, who who co-chairs a caucus advocating for a “Trans-Atlantic Partnership” trade agreement between the U.S. and the European Union, spent early August in the Czech Republic discussing trade. He will head in a CODEL to the west African nation of Gabon in late August to focus on trade there, too.

6th District Rep. Tom Emmer is also travelling abroad this month, but not with fellow members of Congress. Instead, he joined his one-time gubernatorial rival, Governor Mark Dayton, and over 30 fellow Minnesotans on a trade delegation to Mexico.

Members of Congress, like other actual human beings, need to recharge and spend time with their families. Some members, like Emmer, Paulsen, and 1st District Rep. Tim Walz, have school-aged children at home in Minnesota. Ellison’s children are older, but he says he got to send one of his sons off to law school last week. Al Franken got the chance to make his annual trip to see the Vikings training camp with his son, Joe.

Members also try to carve a little piece of vacation out of the recess. One year, Franken managed to get away for a few days at the Boundary Waters — only to be called back to D.C. for a critical vote on Syria.

Does the respite from the gridlock and partisanship of D.C. do members any good? Minnesota lawmakers generally say they enjoy the chance to get their constituents’ perspectives on issues. But the transition back to Congress in September can be “abrupt,” Ellison says. “You go from seeing citizens…regular people dealing with regular problems, then back to Congress — and frustration.”

George Washington University’s Billet says members could be in for a more frustrating return than usual this year, with battles looming over government funding, transportation, the Iran Deal, and Planned Parenthood funding. “There may have been a time where the recess served as a cooling-off period,” he says. But he argues it’s hardly a “reset button” for the frustrations of the past seven months.

“I’d think there’s not much that will change the rabid partisanship that we have here, especially right now, starting to gin up for this presidential campaign,” Billet says. “We’re in the silly season.”

What do members of Congress actually do during their summer ‘recess’?