There was already reason enough to be pessimistic.

In July, before members of Congress departed Washington for the August recess, First District Rep. Tim Walz sat in his office and explained that “a perfect storm of bad” was gathering to greet lawmakers upon their return in September. A confluence of fiscal deadlines, including government and transportation funding, along with a vote on the Iran deal, loomed on the horizon — a brewing hurricane fueled by congressionally manufactured crises, Walz said.

A shutdown of the federal government was not out of the question.

And then, the Planned Parenthood videos were released — the covert footage purporting to show officials from the group describing the sale of fetal body parts for research. Conservatives exploded in outrage, and some in Congress say they will not vote for any bill to fund the government that contains taxpayer money for Planned Parenthood.

So to a schedule already packed with tight deadlines and plenty of disagreements over funding priorities, expect Congress to add a big dose of abortion politics. Things could get rough.

What Republicans and Democrats have known since the winter is that they’d have to agree on a way to fund the government by the end of September, when the fiscal year ends. In recent history, arriving at spending agreements has proven very difficult, with Congress inching dangerously close to shutdown territory several times. Since Obama took office, the government has shut down once, for 16 days in 2013.

Before the Planned Parenthood videos were released, the funding battle was shaping up to be contentious as usual, but conservatives are now galvanized to defund Planned Parenthood of taxpayer dollars. Planned Parenthood receives over $500 million from taxpayers annually, but since 1976, it has been illegal for any government money to go toward funding abortion procedures — the federal money the group receives is directed toward services like STD screenings and contraception.

While they share outrage, Republicans are split over what the best approach toward defunding Planned Parenthood should be. A handful of congressional Republicans, led by two presidential candidates, Senators Ted Cruz and Rand Paul, have drawn a hard line, saying that they refuse to vote for a spending bill that contains any funding for Planned Parenthood.

House Speaker John Boehner and Senate Majority Leader Mitch McConnell have repeatedly stated that they will not accept a government shutdown over Planned Parenthood (or for any other reason). The GOP caucus overwhelmingly favors defunding Planned Parenthood, but many would prefer to hold a series of congressional investigations into the group before doing so — thus ensuring the issue is not tied to funding the entire federal government. 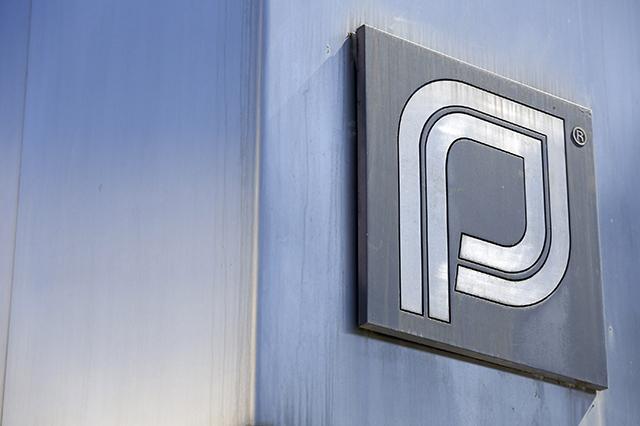 REUTERS/Dominick Reuter
The GOP caucus overwhelmingly favors defunding Planned Parenthood, but many would prefer to hold a series of congressional investigations into the group before doing so.

Sixth District Rep. Tom Emmer said on Tuesday that he favored that course of action. “When it comes to Planned Parenthood, from my perspective, they’ve lost our trust,” Emmer said, calling the group’s behavior “unconscionable.” “We need to follow through on an investigation to figure out what’s happened, and why it’s happened.” He says he plans to co-sponsor a standalone bill to defund Planned Parenthood, to be introduced in the House at some point soon.

Speaking with MinnPost on Thursday, 8th District Rep. Rick Nolan said a government shutdown is entirely within the realm of possibility. “I, for one, will support Planned Parenthood,” he said. “It’s not a good reason to shut down the government.” Nolan’s DFL colleague, Rep. Keith Ellison, has also voiced his support for Planned Parenthood.

This injection of abortion politics complicates what was a relatively promising budgetary situation. Initially, it had seemed like some bipartisan compromise was possible, with Republicans easing some domestic spending cuts in exchange for increases in military spending. If more conservatives in the GOP put down their feet on abortion, that might force leadership to strike a deal with Democrats to avoid a shutdown.

Shutdown or no, the most likely final outcome here is a continuing resolution, a short-term spending bill that would basically extend current levels of funding into the next fiscal year. Ironically, Congress had been inching closer to approving several new, multi-year appropriations bills through the regular process by which government spending had been authorized for decades. An interior appropriations bill, for example, was hours away from a vote on the House floor until a GOP leadership-pushed amendment related to the Confederate flag killed it. The last time comprehensive spending bills were passed separately to fund the government was in 1995.

Iran deal all but sealed

Also looming in September is the fate of the Iran nuclear agreement, and depending on who you ask, also the fate of Obama’s foreign policy legacy, as well as the stability of the Middle East.

In the last six weeks, the deal has dominated headlines, with its backers and opponents battling to win the war of public opinion and sway lawmakers on the fence. The White House launched an all-out effort to persuade members of Congress to support the deal, while some advocacy groups — particularly pro-Israel and conservative organizations — have flooded the airwaves with ads and promised to meet with each member of Congress.

Earlier in the year, congressional leadership agreed to put the deal to a so-called motion to disapprove, so lawmakers are voting yes or no on a resolution to reject the deal. Since Obama would veto such a resolution, opponents needed to ensure that fewer than 34 senators would support the deal to bypass his veto pen.

Their hopes were dashed last Wednesday, when outgoing Maryland Democratic Sen. Barbara Mikulski became the 34th senator to support the Iran deal. Only three Senate Democrats have come out against the deal so far. (Senators Al Franken and Amy Klobuchar have publicly stated their support for the deal.) 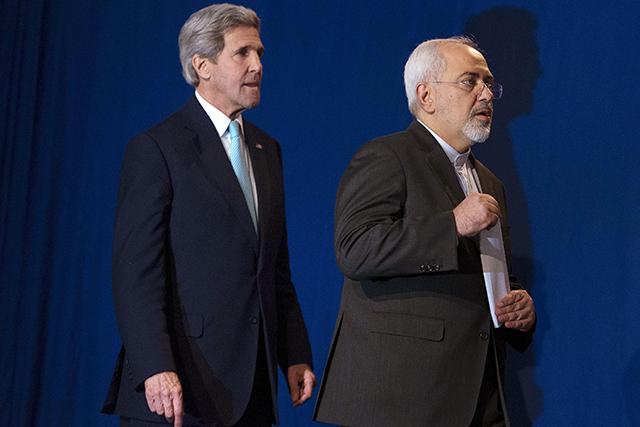 REUTERS
The White House appears to have the votes to protect the agreement worked out by Secretary of State John Kerry, Iranian Foreign Minister Javad Zarif and representatives of Russia, China, Germany, France and the UK.

With the momentum firmly on their side, the deal’s backers are now angling to prevent the resolution of disapproval from even receiving a vote in the Senate. If seven more senators support the deal, the yes camp will number 41 — enough to filibuster a vote and spare Obama from flexing his veto muscle. (Nine senators remain undecided.)

Still, there are major political ramifications for a yes or no vote on the deal, even if its passage is virtually assured at this point. In the House, stances on the deal have split along party lines thus far. The three Republicans are against it, while four out of the five Democrats are in favor. Peterson officially remains undecided, but in an interview with Fargo-Moorhead station KVLY, he sounded skeptical. “I’m having a hard time getting myself to a point where I can support this,” Peterson said, adding that he was personally offended by Obama’s suggestion that rejecting the deal is tantamount to war with Iran.

Congress has until September 17 to vote on the deal.

Once members of Congress navigate all of this, there remains one last, major hurdle before the end of the year: the debt ceiling, or, if you prefer, the “fiscal cliff.” At some point in November or December, the federal government is expected to hit its borrowing limit of $18 trillion. Before that happens, Congress will need to vote to raise the limit — if it doesn’t, it risks a default that could potentially do serious damage to the economy.

In 2011 and 2013, Congress avoided defaulting on the debt by raising the ceiling, but not without consequences: the 2011 agreement resulted in the automatic, across-the-board spending cuts known as the sequester. The credit agency Standard & Poor’s also downgraded the U.S. government’s credit rating for the first time ever as a result of the fiasco.

The debt battle is secondary to more immediate concerns, but the parties have begun some preliminary posturing. Democratic and Republican leaders are on record expressing their intention to avoid a debt fight, but conservative groups want the GOP majorities in both chambers to use the situation as an opportunity to secure broad entitlement reform and more long-term spending cuts.

It’s possible hotter heads could prevail on the debt issue, with lawmakers under pressure to play to their bases so close to a presidential election year. Rep. Walz says that, typically, this causes inaction in Congress by January of the election year. “I think that may be October this year,” he said. “This could get really ugly.”

Transportation, education ahead, too

While not as severe as the debt ceiling or federal government funding, there are other issues Congress must attend to in the fall — important policy areas at risk of falling by the wayside amid the crush of high-profile crises that will dominate headlines. For one, federal transportation funding runs out at the end of October, when a congressional stopgap measure passed in July expires.

The Senate has passed a bipartisan, long-term bill that funds the nation’s highways — but did not give House members sufficient time to consider it before the recess. That chamber may soon consider a long-term transportation bill of its own — and it might have to. Nolan, Minnesota’s only representative on the House Transportation and Infrastructure Committee, was adamant that the era of stopgap funding end now. He said he and others on the committee have made it clear to GOP leadership that “we’ve had it with short-term extensions.” If there is no long-term bill by the end of October, Nolan says he would likely vote against another short-term funding bill.

Congress also has the chance to send a comprehensive education bill to the President for the first time in over a decade. Earlier in the summer, the House and Senate passed respective versions of legislation to reform the Bush-era No Child Left Behind K-12 education package. Second District Rep. John Kline, sponsor of the House bill, is leading the bicameral, bipartisan conference of legislators to hammer out differences between the two bills.

Kline, who announced his retirement last week, said his top priority in his last months in Congress is to get that bill passed into law. He will be working with limited time: with the election year approaching, lawmakers may not want to touch a lightning rod issue like education after they return in January 2016.

The slate that awaits lawmakers this fall is daunting, no question about that. But they just might get some relief from a higher power: on September 24 — most likely after the Iran vote and in the middle of budget negotiations — Pope Francis will visit Washington and address a joint session of Congress.

Between budget deadlines, the Iran deal, and, oh yeah, abortion politics, Congress’ fall session will be a doozy