In 1976, Schoolhouse Rock made an adorable, iconic character out of a pathetic scrap of paper with one signature tune. “I’m Just a Bill,” which explained how a bill becomes law in Congress, has become a touchstone of civic education for generations of American schoolchildren.

Unfortunately, though, years of congressional dysfunction have rendered the song so antiquated that it may no longer be useful. A version updated to reflect the political environment of 2015 would probably poison politics for a generation of American children.

These days, the big story is less how a bill becomes a law, but more how a divisive issue becomes a government shutdown: the possibility of a shutdown as conservatives push for federal action on the Planned Parenthood videos is just the latest example.

With four legislative days until the government runs out of funding — and the possibility for weekend negotiations in D.C. — it’s a good time to ask: in what ways is the Schoolhouse Rock classic a relic of a time when Congress actually worked? Let’s start at the beginning: 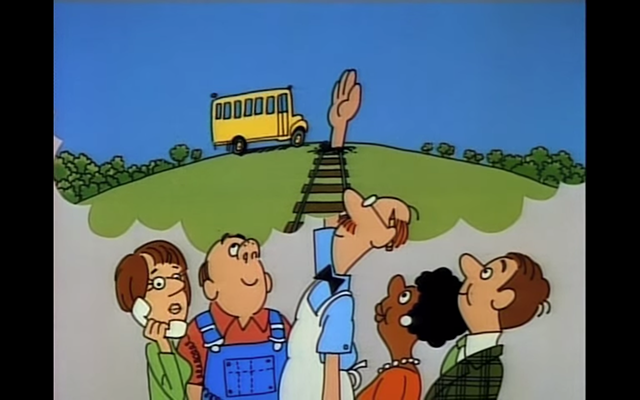 Where do bills come from?

At the beginning of the song, Bill claims that his origins are humble. He began as an idea, when constituents called their congressman — in this case, one Rep. McCoy — to express the belief that there should be a law requiring school buses to stop before railroad tracks. Bill then explains that McCoy just sat down, wrote the bill, and introduced it to Congress, officially making Bill a bill.

Simple, right? Not really. In fact, this segment is one of the song’s grossest mischaracterizations of the legislative process.

The first big problem here is that constituents are hardly the main wellspring of legislative ideas: business interests, advocacy groups, media coverage, and even other members can all spur a member of Congress to write a bill. It’s tough to precisely break down where bills come from, but it’s safe to say that most of them aren’t born after a few constituents sound off on a bored intern working the phones. 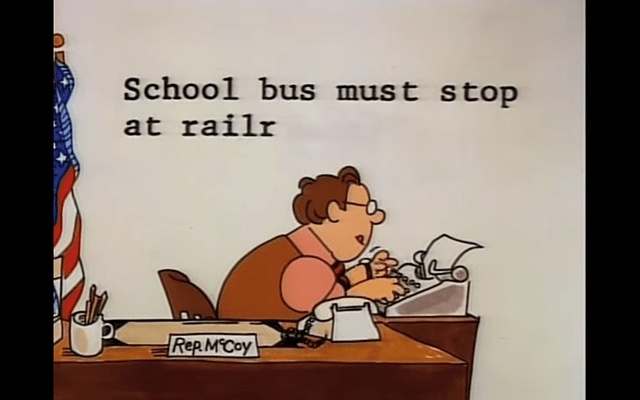 Beyond that, lawmakers hardly ever sit down and just crank out a bill by themselves, like McCoy does — try being a sophisticated policy wonk in several different areas when you have to spend four hours a day on the phone asking people for money.

But even before political fundraising became all-consuming, members of Congress have relied on their legislative staffs — the overworked, underpaid twenty- and thirty-somethings who develop specific areas of expertise needed to make good policy. Important, too, are the legislative counselors, lawyers who can actually communicate that policy in the legalese in which bills have to be written.

Also left out of Schoolhouse Rock: the influence of lobbyists. Depending on the size and topic of the legislation, dozens — sometimes even hundreds — of lobbyists will be involved, petitioning lawmakers to tweak language and policy points in a bill. The appropriations bill passed last year to fund the government through September 30th of this year, for example, had a whopping 880 lobbying clients.

Some members are more hands-on than others, of course, and all of them have the final say over the would-be laws to which they’re attaching their names. But an accurate Schoolhouse Rock song would show a lot more than smiling congressmen: tired staffers working late at night to workshop a bill, grizzled lawyers poring over it the next day, well-compensated lobbyists disputing minor points of language — these people are all just as important, for better or for worse, to the process. 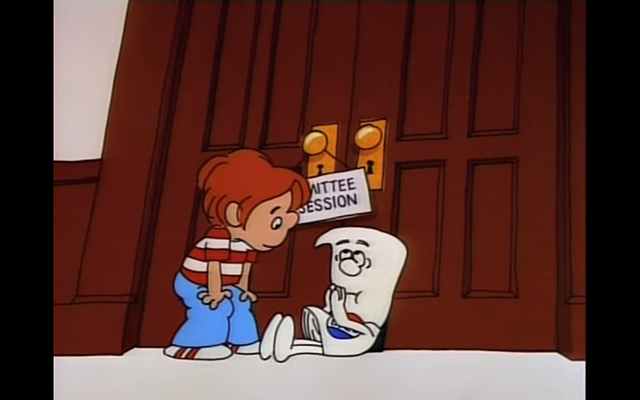 Committees: ‘A waste of time’

Having been duly dreamed up by constituents and created by Rep. McCoy, the next step in Bill’s journey is the committee process, a critical stop on the path from bill to law. Slumping outside the door of the committee chamber, he explains that key congressmen are discussing and debating him. Only if they can agree and present a satisfactory version of him to Congress will they bring him to the floor.

In theory, it’s how the committee process is supposed to work, and the way it worked for decades. But in recent years, committees have proven unable to get even basic tasks completed, like funding the nation’s highways for longer than a year.

Why? The short answer is that, since the 1990s, the balance of power has gradually shifted toward party leadership and away from committees. In the 1970s, when Bill was introduced to American kids, the chairmen of powerful committees like Appropriations and Ways and Means were the titans of Capitol Hill.

Today, thanks to a number of factors — campaign cash, emphasis on issue messaging, the constant news cycle — party leaders decide what goes to the floor for consideration. And they have a lot of sway in getting members to vote leadership’s way.

Unsurprisingly, this has led to big attendance problems: many members of Congress have a hard time showing up to important committee hearings. A current member, writing anonymously in Vox, called committees “a waste of time.” “Why develop any expertise as a committee member if your decisions will only be overridden by party leadership?” asks the member.

Bill does get one thing right here: most bills’ final resting place is committee. Out of the 5,654 bills introduced in the 114th Congress so far, 311 have made it out of committee and onto the floor of a chamber for consideration. That’s roughly five percent. 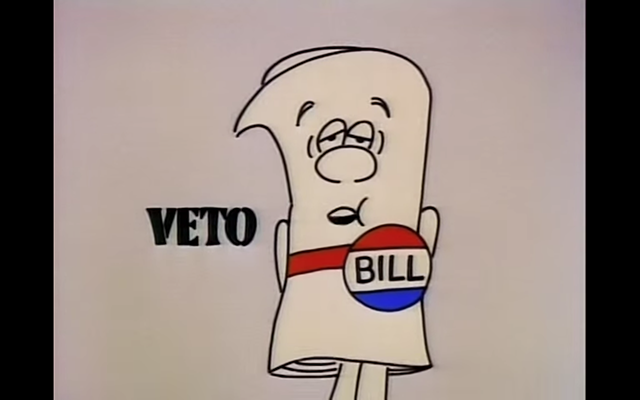 There’s a lot more to it

Slow down there, Bill: in the span of a few seconds, the song dashes through a good chunk of the legislative process while glossing over some important details. Bill says he is being put to a vote in the House of Representatives, then in the Senate, and then he’ll be sent to the White House to be signed by the president.

Bill explains that even if the whole Congress supports a law, the president can still veto it. That’s true, but then Congress can override that veto with enough support. “By that time, it’s very unlikely you become a law,” the kid says. Here, Schoolhouse Rock isn’t wrong: it’s rare for a bill to survive after a veto: the last one to do so was in 2008, when a Democratic Congress pushed a Medicare expansion past the Bush White House.

Schoolhouse Rock, being a program aimed at children, is not heavy on the details, but a presidential veto is hardly the only thing that can go awry after a bill is put to a vote. For one, there’s the amendment process: on many bills, members — sometimes at the direction of leadership — can place amendments to the bill to be voted on before the main bill is considered. As we saw earlier this year with the Confederate flag amendment on a key appropriations bill, amendments have the power to throw a wrench into the process.

In the byzantine Senate, there are even more ways a bill can be expedited or blocked — none of which, shockingly, merit mention in Schoolhouse Rock’s tale. Of course, there’s the filibuster: if 41 senators decided they do not like Bill, they could stall a vote on him. There’s also reconciliation, a maneuver used to pass major budget and taxation measures that only requires a straight majority of senators to support it. It may not apply to Bill, but reconciliation is famously the vehicle used to pass the Affordable Care Act in 2010 — a move denounced as inappropriate by many conservatives.

Maybe Bill doesn’t need to get into the weeds here, but an updated version for 2015 should at least include some senators squabbling over the finer points of parliamentary procedure, or a minority of lawmakers killing a bill most senators support. It may not inspire children to public service, but it’s accurate. 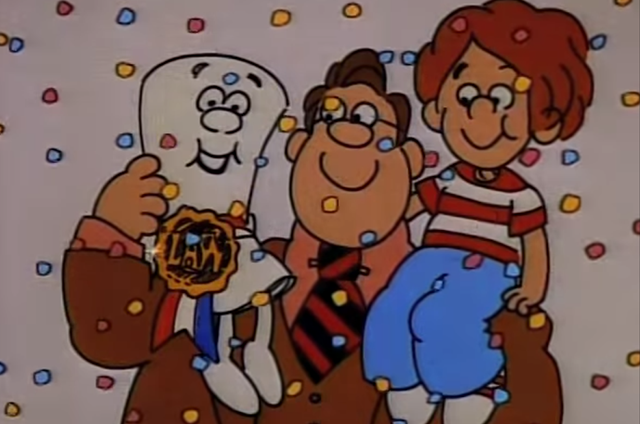 There’s a happy ending here for Bill, who becomes a Law. Sadly, it’s a fiction: in reality, Bill probably wouldn’t even be a bill in the first place. The federal government virtually never makes laws setting rules for vehicles on the road. That’s the job of state government.

Schoolhouse Rock, unfortunately, did not make a song about federalism.

If Schoolhouse Rock remade ‘I’m Just a Bill’ today, it would be depressing