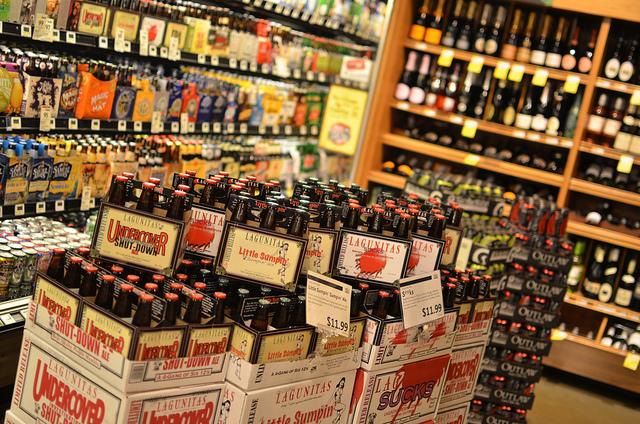 WASHINGTON — If you’re one of the growing number of Americans who is pushing aside Bud Light and Miller Lite for a craft brew like Summit Extra Pale Ale, then you may have reacted to the news that the world’s two largest beer companies are merging with a resounding “meh.” If you stay away from the mass-produced suds and prefer the good stuff, it wouldn’t affect you, right?

Well hold on to your monocles, craft beer drinkers. Some people in the beer industry, along with regulatory watchdogs in Washington, are raising concerns that the mega-merger of Belgium-based Anheuser-Busch InBev and U.K.-based SABMiller could have adverse effects on beer drinkers of all stripes. Shortly after the $104 billion acquisition was announced earlier this month, outlets like Fortune immediately explained why it would be bad for beer drinkers, and in Congress, the ears of antitrust watchdogs perked up.

“The proposal to merge the world’s two biggest beer producers raises serious antitrust concerns for the $100 billion a year beer industry,” Klobuchar said in a statement. “It is critical that we examine this deal closely to see how it will affect the price of a pint, and if it will harm the craft brewers that are serving up world class beers and jobs across the country.”

Mergers like this one certainly deserve regulators’ scrutiny: the new, so-called “beerhemoth” would produce one of every three beers consumed in the world, and theoretically, it would own 70 percent of beer market share in the United States.

Opinions in the craft beer community are somewhat divided as to what effect the merger would have, but regardless: drinkers of Bud and Summit alike should be paying close attention to the biggest beer deal in history.

For many craft brewers, the key concern raised by the merger is how it might affect small brewers’ access to markets, according to Bob Pease, the CEO of the Brewers’ Association, a trade group that represents about 2,800 small and independent craft brewers.

Since the end of Prohibition, alcohol distribution in the U.S. has generally taken a three-tiered structure: producers sell their wares to wholesalers, who distribute them to retailers, who then sell them to the consumer. Increasingly, however, major producers — like AB InBev — have aggressively moved to acquire distributors. The distributors owned by the biggest producers naturally tend to push their wares over those of competitors.

That’s the sticking point for Pease: “It’s vital for the success of the independent small brewer to have access to the market, and to access that market, we need a competitive, independent middle distribution tier,” he said. “If AB InBev owns a distributorship in a certain state or market, they’re going to show preference to AB InBev brands in that distribution house.”

It is not legal in every state for producers to own distributors, but in about 20 states these arrangements are accepted. According to Pease, AB InBev owns 14 distribution operations in 10 states, including in major markets like Los Angeles and New York. In Minnesota, the three-tiered system is strict, and brewers cannot own distributors.

The markets in states like California and Colorado are illustrative in understanding the effect that increased AB InBev buying power has on beer distribution. In those states, the company has snapped up several independent distributors. “That usually means that my members’ viable distribution options go from two to one, and that’s not good,” Pease said. “It’s hardly a competitive situation.”

“So what?” you might think, if the merger makes Bud Light more prevalent in your local shop than it was before — the market demand for craft beer is impossible to ignore. Research shows people are increasingly opting for craft brews— they represented 11 percent of U.S. beer market share in 2014, up from 4 percent in 2008. Meanwhile, AB InBev’s market share declined from 50 to 45 percent last year.

However, Pease explains that a merger could hurt small brewers because AB InBev’s distributors may give preference not just to their biggest brands, but to the craft brands they also own. In recent years, AB InBev has swooped into the craft sector, acquiring popular brands like Chicago’s Goose Island. “If AB InBev owns a distributorship and is able to put their now ABI-owned craft beers in that distribution house, it’s a reasonable assumption that those beers could be sold for less than for small, independent brewers to retail,” Pease says.

Some craft brewers, however, are not especially worried about how the merger will affect their businesses. Count Mark Stutrud, president and founder of Summit Brewing Company in St. Paul, among them. “This merger is more of a global play than anything,” he said, adding that it primarily strengthens AB InBev’s hand in Latin America and Africa, where SABMiller is a leading brewer.

According to Stutrud, “The impact on the U.S. craft market should be minimal. The impact on the distributor level should also not be that significant.” He argued the biggest recent move in the beer industry came in September, when Heineken purchased a 50 percent stake in popular California craft brewer Lagunitas. Still, Stutrud praised the senators’ focus on the craft business. “It is good to see Sen. Klobuchar take part in the antitrust hearings and her interest in protecting American craft breweries,” he said, “but ultimately it is up to us to keep our businesses strong.”

The Brewers Association’s Pease agreed with some of Stutrud’s assessment, saying that, “on the surface, the ABI-SABMiller deal is more for market access for ABI in Latin America, Africa, India, and China.” He added, however, “there is definitely a concern from our end on distribution and access to market.”

Klobuchar and Lee’s initial concerns aside, many of the key details of the acquisition still need to be hammered out. The deal hasn’t been made final yet, and a hearing in the Senate will likely not happen until that falls into place. Also, the Department of Justice is likely to be the entity with the most influence over what, if any, antitrust action is taken regarding the merger.

Many observers believe that regulators will force the future AB InBev-SAB Miller to sell off the latter’s MillerCoors division over antitrust concerns. On paper, the beer giant would own some of the country’s most popular beers, like Bud Light, Miller Lite, Coors Light, Corona, Beck’s, and Natural Light. To keep the beer market competitive, the MillerCoors division would most likely have to be divested.

The craft brew industry’s allies in Congress, including 3rd District Rep. Erik Paulsen, are promising scrutiny on the merger to ensure fairness. “The rise of craft brewing in Minnesota has meant the creation of thousands of jobs, [and] more than a billion dollars of economic impact,” Paulsen said in a statement. “The merger between Anheuser-Busch InBev and SABMiller should be scrutinized to make sure it complies with American antitrust laws and ensures our craft brewers are competing on a level playing field.”

The fact that national politicians like Klobuchar are quick to mention the craft industry — a $20 billion business in 2014 — in describing their concerns about the deal is itself a win, according to Pease. “It’s really gratifying to us to see that Sen. Klobuchar and Sen. Lee are aware of the economic impacts our members are making and that there needs to be a level playing field,” he said.

In a statement, AB InBev said as soon as it and SABMiller agree on a final deal, it “look[s] forward to working with U.S. regulators to resolve any regulatory considerations promptly and proactively.”

While craft brew advocates and producers may have different thoughts about how the beerhemoth will impact their business, it remains to be seen if AB InBev can win perhaps the most important battle: public perception.

If the acquisition continues to be compared to recent deals in the airline industry — which were touted to deliver lower fares and increased choice but really did neither — it could face consumer backlash.

That reaction could worsen if access to increasingly popular craft beers is curtailed, or if those beers become pricier, even if it’s only in some places. “Never underestimate the power of the beer drinker or the consumer…this American craft beer renaissance has been driven by the beer drinker,” Pease said.

“It’s probably best to leave it at that.”

Alepocalypse now: Should craft-beer drinkers be worried about the merger of the world’s two largest macro-brewers?