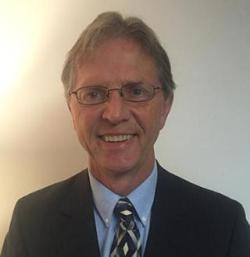 The two-woman race for the DFL nomination in the Second Congressional District is now — at least officially — a three-person contest. This week, Roger Kittelson, a 59-year-old dairy industry professional from Goodhue, launched his bid for Congress.

The soft-spoken Kittelson is no doubt a long shot: The two current DFL candidates, Angie Craig and Mary Lawrence, have been on the campaign trail for months, courting district activists and interest groups, and raising piles of cash — in Lawrence’s case, over $1 million.

Kittelson, who currently works in Minneapolis as a dairy marketing specialist for a Chicago-based food company he declined to name, has only attended a few events, and only began considering a run after Republican incumbent Rep. John Kline announced in September that he would not run for re-election. The “supporters” section of his website is currently empty.

In an interview with MinnPost, however, Kittelson said his late entry into the race is no problem, and that he’ll run a grass-roots, volunteer-based campaign focusing on the issues he cares about most: namely, single-payer health care and international trade deals. “I believe I’m the most electable Democrat in the race based on the issues,” Kittelson said.

Kittelson has little previous political experience. He hasn’t run for office in the state of Minnesota since 1982, when he ran for the Minnesota Legislature. He was defeated by future GOP Speaker of the House Steve Sviggum.

Kittelson, who lives on a farm roughly 15 miles south of Red Wing, went on to build a career in the dairy industry, working as an adviser for the Department of Agriculture on dairy issues, and later in the private sector working as an ingredient buyer for a dairy company. In the 2000s, he moved to Wisconsin to take positions in the federal government and in the private sector, both in the dairy field.

While in Wisconsin, Kittelson made two runs for Congress in the solidly Republican Sixth District, which encompasses the west-central part of that state. In 2004 and 2008, he challenged longtime incumbent Tom Petri, and advanced to the general election in 2008. He would only raise $17,000, however, and was defeated by 28 points, even though Barack Obama carried the district.

In the 2008 campaign, Kittelson ran on a platform of single-payer health care and ending the war in Iraq. Now that he is back in Minnesota, he says, “literally, the issues haven’t changed.” Still, he added, “This is a different race, this is a different year, the climate is different.”

That new climate, Kittelson explains, is due to several factors — primarily, that Obamacare had not panned out as expected, and that trade deals, like the proposed Trans-Pacific Partnership, have hollowed out the manufacturing sector of the country.

On the latter, Kittelson says he is “vehemently” opposed to TPP and past trade deals like the North American Free Trade Agreement. “We’ve lost business overseas that we’ve had here in the U.S. over the last 20 to 30 years. I know what manufacturing does for the community, when you lose manufacturing, you lose the small businesses. Manufacturing jobs are hard to replace,” he says.

“It would be to our best interest to repeal some of the deals we put together,” Kittelson said, including NAFTA, which established a free trade zone between the U.S., Canada, and Mexico in 1994.

It’s an interesting mix of positions. On one hand, opposition to the TPP trade deal is perhaps the single most galvanizing issue among the progressive grass roots, encompassing concerns about jobs, climate change, and intellectual property. On the other hand, serious talk about single-payer health care all but died in 2009, when congressional Democrats failed to include it in Obama’s health care reform package.

Kittelson’s advocacy of the health care point is especially curious in light of his opponents’ deep backgrounds in the field — Craig as an executive for a medical device company and Lawrence as a Department of Veterans Affairs doctor.

Still, Kittelson insists that he brings to the table a seriousness to deal with those issues that he claims the two leading candidates lack. He says he does not see either of them “supporting a vote against TPP, nor do I see them trying to repeal current trade deals.” He added that neither also appeared to have interest in the issue of focusing on single-payer health care.

A campaign spokesman said that Craig does not support TPP, however. Lawrence says she is still reviewing the agreement but “… will not support an agreement that does not respect worker rights, human rights, environmental standards and … will not result in an increase in high-paying jobs in Minnesota’s second congressional district.”

On the campaign trail

Kittelson says he’s spent the past few weeks talking to people in the district, and claims his conversations have borne out his policy agenda. “I consider the number one topic the Pacific trade pact, and number two single-payer health care. For most of the residents, number one is health care costs,” he says.

So far, he says he has visited with Scott, Goodhue, and Wabasha County Democrats. “I’ve done over the last two to three months a little bit of door-knocking, I’ve talked to union representatives who said they’d support me if I put my hat in the ring,” Kittelson says.

“We’re at the beginning stages of this. I know Angie and Mary have people committed — we’re seeking individuals focusing on the issues, trade deals, a single-payer health care plan, and ask them to get on our bus to the precinct caucuses.”

DFL Chair Ken Martin had no specific comment on Kittelson, but said the party is fielding “three excellent candidates.” “It shouldn’t be a surprise to anyone that there’s an additional entrance in the race,” he added. “I think everyone in the DFL is excited about the opportunity to pick up the seat.”

Kittelson says he will abide by the DFL endorsement, and if he wins it, he says “the money will come.”

“I’m not a multimillionaire, I don’t hang around multimillionaires,” Kittleson says. “I hang around farmers and workers and union guys. That’s the family I associate with. If I get a contribution from those groups I feel fortunate. …We’re not afraid of grass-roots building and that’s what we’re going to have to do.”

“We have a few volunteers who agree with my platform.”