Next week, the Iron Range will get a visit from one of the country’s most powerful officials: White House Chief of Staff and Stillwater, Minnesota, native Denis McDonough will travel there for a day to meet with officials and residents. 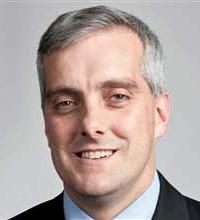 The official reason for McDonough’s visit is to address the dire state of the mining industry on the Range, and while he’s there, he’ll meet with locals and hear out their concerns.

The news of McDonough’s trip was welcomed by Gov. Mark Dayton, Sen. Amy Klobuchar, Sen. Al Franken, and Rep. Rick Nolan, who represents the Iron Range. The Democratic politicians hope the visit from President Obama’s top advisor will spark a wider White House effort to aid the area, and they’ll all be present to greet him.

What won’t be so welcome on the range is the Trans-Pacific Partnership. The proposed agreement, which would establish a free trade zone between the U.S. and 11 other Pacific nations, is a top second-term priority for the White House.

The TPP is deeply unpopular in blue-collar communities with strong unions — just like the Range, where locals believe the pact would devastate the already struggling mining industry. Nolan has been a leading critic of TPP, and Franken and Klobuchar joined him in voting against advancing an Obama-backed trade package this summer.

So, as much as the trip is an opportunity for the White House to show it cares about the plight of the Iron Range, will McDonough be able to convince Rangers that the administration has their best interests at heart as it pushes its trade deal?

TPP not home on the Range

Central to Iron Rangers’ concern over the TPP is the notion it will not do enough to stop so-called steel dumping, which many say has already done immense harm to the mining industry in the U.S. Countries like China and Japan have been flooding the U.S. market with metals that are deliberately under-priced in order to compete better against U.S.-made products.

Industry advocates and Minnesota politicians blame dumping for the rough state of the mining industry. (The high level of global commodity supply, and low level of demand, has not helped.) Two thousand Iron Range mining workers have lost their jobs this year, and several mining facilities on the Range have shuttered. Nolan says it might be the most dramatic, significant downturn he’s ever seen the industry face. He, and other Minnesota members of Congress, have introduced legislation to raise tariffs on other countries’ metal exports to a high enough level to end dumping.

But TPP could make such tariffs impossible. The sweeping agreement, which is subject to congressional approval, would establish a new free-trade zone with the U.S. and partners like including Vietnam, Japan, and Australia. (Japan is the world’s number two steel producer, ahead of the U.S.) The agreement would necessarily entail getting rid of tariffs on most goods from those countries, and trade negotiators in Japan likely would not welcome high U.S. tariffs on steel.

The TPP currently contains no language that specifically protects steel, so the U.S. mining industry is worried that the pact could put it at a major competitive disadvantage. It is also worried that TPP wouldn’t do enough to curb currency manipulation, which countries like Japan sometimes do to strengthen their exporting positions.

It hasn’t been all bad news for allies of steel, however: in December, the House passed the Enforcement Act, a Democratic-pushed measure that would give U.S. steel companies increased power to take legal action against steel dumping from China and other countries. Klobuchar and Franken introduced the Senate version of the bill, and it could pass — potentially making the approval of TPP easier to swallow for the Range’s supporters.

In statements to MinnPost, Franken and Klobuchar did not specifically mention any points of tension with the White House. “What’s happening on the Iron Range is terrible, and for many workers and their families, it’s a desperate time,” Franken said. “We continue to see illegally dumped steel flooding our markets and contributing to job losses. I’ve asked the President to take necessary steps to address this… We need to explore every option to fix this crisis.”

Klobuchar, who said she “worked hard” to get McDonough to visit the Range, said that she hopes he “will urge the administration to take concrete action to implement stronger enforcement measures to confront foreign companies illegally dumping steel into the American market” after he visits.

In a conversation with MinnPost, Nolan maintained McDonough’s visit would not create any awkwardness, because the administration has some wiggle room to protect the U.S. mining industry under TPP. “Under the U.S. trade laws, there’s Section 201, that simply says domestic industries that are seriously injured or threatened can seek relief through a presidential action,” Nolan explained, adding that such an action wouldn’t require an official finding of unfair trade practices. (However, in that case, other countries could still take legal action against the U.S.)

“It’s an option there that the president can consider that is not inconsistent with support for free trade,” Nolan said. Indeed, George W. Bush, a major free trade proponent, took action in 2002 to raise tariffs on imported steel.

The White House’s advocacy for free trade aside, there’s no reason to believe native-son McDonough won’t receive a warm welcome from Dayton, Franken, Klobuchar, and Nolan when he gets to Minnesota on Tuesday. He is slated to visit Range Community and Technical College in Virginia, and meet with mining industry workers and executives, as well as local officials and business leaders.

Difference of opinion on the TPP notwithstanding, Minnesota politicians are treating McDonough’s visit as part of a serious, good-faith effort from Obama to aid the struggling mining industry. “It’s a big deal,” Nolan said. “It’s not very often the president sends his chief of staff out anywhere in the country to address a particular concern.”

“This is a great opportunity for us to have the ear of the president and see if we can’t get this turned around.”