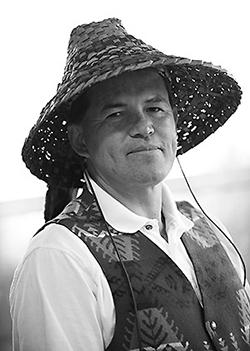 WASHINGTON — On Tuesday night, President Barack Obama delivered his annual State of the Union address from the U.S. Capitol — but 36 hours later, and a few blocks away, a representative of another sovereign nation gave an address on the status of his people.

On Thursday morning, Brian Cladoosby, president of the National Congress of American Indians, delivered the annual address on the State of Indian Nations at D.C.’s Newseum. The NCAI is the oldest and largest organization of sovereign tribes in the country, and the speech is considered an important opportunity for the American Indian government and advocacy community to reflect on what its goals and priorities are for the upcoming year.

In attendance were American Indian tribal leaders from across the country, nonprofit advocates, and officials from a number of federal agencies. Present to deliver an official federal response was Fourth District Rep. Betty McCollum. The eight-term Democrat is the ranking member on the House panel that appropriates money for tribal schools, initiatives, and other programs, and she is co-chair of the Congressional Native American Caucus.

In their speeches, Cladoosby and McCollum affirmed two key themes: that, while American Indians have made immense progress in recent years, serious problems still hamper Indian country — and that tribal governments, not the federal government, hold the keys to solving them.

In his address, Cladoosby, who hails from the Swinomish Tribe in Washington state, began by asserting the right of Indian tribal nations to self-determination, citing the Founding Fathers, and a long history of treaties between the U.S. federal government and tribal leaders.

But he also described a history of government intervention, urged on by an agenda of cultural assimilation, and later, a heavy-handed intent to “fix” Indian country, that has led to deeply negative outcomes for Indian peoples. President Richard Nixon, Cladoosby said, “urged Congress to empower tribal governments to do what is best for tribal citizens. And 46 years later, we have proven the wisdom of his conviction.”

Cladoosby, flanked at a podium by the U.S. flag and a traditional staff lined with eagle feathers, outlined recent successes resulting from increased tribal sovereignty, mentioning specially Minnesota’s Fond du Lac Band of Chippewa, which took the initiative to build its own assisted living facility for tribal elders.

While his tone was broadly optimistic, Cladoosby addressed some of the grave problems facing Indian country: high rates of unemployment and desperate poverty, the country’s highest rates of domestic violence, the prevalence of chronic disease like diabetes, the sorry state of many reservation schools.

Cladoosby emphasized that federal policymakers have to realize that allocating funds for tribes to address these problems isn’t money wasted — it’s an investment, he said, that will prevent more American Indians from going on welfare, to the hospital, or in jail.

Rep. McCollum followed Cladoosby, addressing a familiar crowd of Indian leaders and advocates that has gotten to know her well over the years. In her remarks, the congresswoman affirmed what she called a bipartisan commitment in Congress to respect tribal sovereignty and give tribes the resources they need to solve their problems. 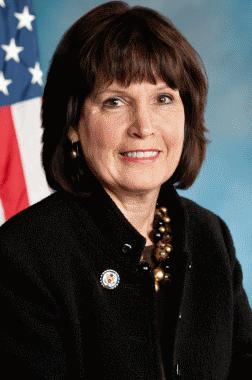 McCollum rattled off a list of 2015 policy achievements for tribal communities, namely, increasing funding for the Bureau of Indian Affairs and completing key Bureau of Indian Education projects. She said that more needs to be done to bolster existing law with regard to tribal sovereignty, especially on child welfare, hunting and fishing rights, and land trust issues.

She urged those in the room to hold members of Congress accountable, and to ensure that the next president follow what she called Obama’s lead to serve as a top ally for Indian country.

Speaking with MinnPost after her speech, McCollum said that non-Indian Minnesotans should consider the welfare of Indian communities as central to the welfare of the state. Minnesota is home to approximately 102,000 American Indians, making it one of 14 states with American Indian populations greater than 100,000.

“I think we’re very fortunate in Minnesota to have tribal nations that are achieving some of the success and promise for the future, but they’re still struggling with many of the same issues that rural communities and our urban schools deal with,” McCollum said, and referenced the dilapidated state of the “Bug” School in northern Minnesota, which made headlines last year.

“We still have our challenges. But I think the 11 tribes in Minnesota have put together a path forward and a plan to embody opportunities and achieve success,” McCollum said. “But we need to do that in partnership. When those tribal nations are strong, Minnesota is strong, and all Minnesotans benefit.”

For America’s Indian nations, an alternative State of the Union