This week, President Barack Obama embarked on his first visit to Cuba — the first by a U.S. president to the country since Calvin Coolidge visited in 1928.

For the occasion, he was joined by administration officials, members of Congress, American business leaders, even professional baseball players — and for many of them, it was a first trip, or a follow-up to a recent trip taken in the wake of the U.S.-Cuba thaw initiated in December 2014.

But for Rep. Rick Nolan, visits to Cuba aren’t a new thing: the Democratic congressman from Minnesota’s Eighth District first traveled to Cuba in 1977, during his first stint in Congress, as part of a team sent to negotiate the release of American prisoners being held by the regime of Fidel Castro.

In an interview with MinnPost, Nolan reflected on his first visit, and the changes — and lack thereof — that he saw in the country and its politics upon returning 40 years later.

Nolan’s first trip to Cuba began when President Jimmy Carter and his administration decided to enlist him on a team of negotiators, which included other government officials and members of Congress. The mission was to make inroads with the regime, as part of Carter’s broader foreign policy platform, and to see if they could secure the release of a group of five Americans who had been jailed on espionage charges in the early 1960s.

Nolan recalls being on the island for about a week, and had time to interact relatively freely with the Cuban people while waiting to get the summons to meet with Castro himself. “When I went, all I knew is, we were going to have a meeting with Castro. I had no idea for sure where and when,” Nolan says.

One night, Nolan and his U.S. colleagues met with Castro around midnight. During a six-hour-long session, Nolan recalls a wide-ranging conversation with the fatigues-clad dictator, which included negotiation talk but also a discussion of agriculture and farming techniques. (According to Nolan, Castro was fixated on the productivity of American Holstein cows.)

By the end of the meeting, Nolan says Castro had given his commitment to release the five prisoners. The next day, Nolan traveled to the prison to tell them the good news before returning to the U.S.

However, the Cuban government would end up only releasing one of the prisoners immediately — the other four were released two years later after further negotiation.

While there, Nolan also helped to secure a commitment from the government to allow Rolando Castellanos, a Cuban who was separated from his family, which had emigrated to St. Cloud, to leave for the U.S.

The circumstances of Nolan’s visit this week versus his visit in 1977 couldn’t be more different: instead of low-profile diplomacy with a communist Cold War adversary, the congressman landed in Havana as part of a huge American delegation declaring a new era of normalized relations with the island nation. 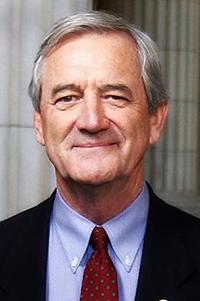 Nolan says his first visit was marked with virtually no fanfare — but this time was different.

“When we first got there, the streets were eerily absent of people,” Nolan said about the week’s visit. “When we came in from the airport, even the little dirt roads had someone standing there, keeping people from seeing the president. They eased up on it after being there a couple days. The streets were just lined with people, big smiles, welcoming us with thumbs up, victory signs.”

Beyond that, though, Nolan says not a lot has changed. “Not a lot of things are different than they were 40 years ago. There are no American franchises of a food or commercial nature anywhere,” he said.

“In some respects, there’s been an improvement in a lot of the properties, but I saw a lot of properties, particularly in the waterfront area, that had fallen into worse disrepair than they were then. There aren’t as many vintage American cars; that used to be all there were.”

Another thing that hasn’t much changed: the dismissiveness of the Castro regime of U.S. concerns about human rights and free expression on the island. That was underscored by Monday’s joint press conference with Obama and President Raul Castro, in which the Cuban leader outright denied that his regime jails political dissidents. (It does.)

“It is a roadblock,” Nolan says. “It is a very important one, but it’s one I think we can overcome.”

He situated the Castros’ behavior in the decades of U.S. involvement in the internal affairs of the island. “It’s not like they are delusional when they talk about U.S. interference in their internal politics,” he said, adding that with the history of assassination plots, the government looks at political opponents differently.

Ultimately, Nolan said the main constant is that the Cuban people remain, as then, hopeful for a normal relationship with the U.S. “I’ve seldom been anywhere in the world where the people give you as warm and friendly a reception as the Cuban people. They really, genuinely want normal relations with us, and that’s what’s so exciting.”

After another 40 years of the embargo — which was imposed in 1960 and which fellow Minnesotans Sen. Amy Klobuchar and Rep. Tom Emmer are attempting to lift — Nolan says the time is right to move forward.

“Quite frankly, [Cubans] feel a lot of their failure to achieve greater economic progress has flowed from the embargo. They are 90 miles away from the richest nation in the world, with lots of goods and services they could use, and for most of their lifetimes, they’ve never been allowed to do that.

“They need to see the lifting of this embargo,” Nolan said, adding that American trade and interaction helped speed the downfall of communism elsewhere in the world.

Between the meetings, state dinner and baseball, Nolan says he did not get a chance to again meet with Fidel, who is 89 years old and said to be in declining health. But he suggested the father of the Cuban revolution might be pleased at the current state of the U.S.-Cuba relationship.

“I felt his desire for normalization of relations was quite genuine, not to the extent that he was willing to yield on his socialist beliefs … but genuinely wanting to normalize relations, where Cubans are treated like any other country in the world.”

“I clearly remember Fidel Castro,” Nolan recalls, “was of the view that normalization would take a minimum of 30 years. Forty years younger myself, I was pretty convinced we could get this done in two to three years. He obviously was the one that was right.”

Visits to Cuba will be new for many Americans, but Rep. Rick Nolan’s been there