While covering important issues in our civic and cultural life, journalists typically focus on facts, controversies, issues and their impact. They rarely look through the lens of understanding leaders and leadership: who is leading the causes and creating change, how those leaders were motivated to tackle tough problems and create opportunities for their communities, and how they worked through the challenges that arose. In this series, MinnPost is profiling such leaders in order to provide new insights — and, we hope in some cases, inspiration — for our readers. Each profile is followed by comments from a panel of experienced leaders and scholars of leadership. Sharon Schmickle wrote the first 15 sets of articles in the series; Gregg Aamot is now  the lead journalist for Driving Change.
This project is made possible by a grant from the Bush Foundation.
News
Driving Change

Emphasizing fun and leadership in his youth hockey camps, David Baird said, “It just comes down to: What can we do beyond making our kids fast skaters?”

“If we only look at people who had a vision and had $5 million and several places to develop their idea – great. But for a lot of us, that’s not it,” said Laura Bloomberg.

Mary Cecconi thinks of herself as an access point where parents and legislators can get the knowledge they need to make informed decisions about their schools.

With a shift toward networks, leadership becomes less about driving people to the goal and more about attracting people to your outlier position, says Kathleen Allen.

Administrators Eric LaMott and Kristin Vogel said of the high-tuition model, “This is really a barrier” to prospective students. Then they set out to remove it.

“To boldly go where no one else will go, if you will: That is courageous,” Avner said.

BRAINERD, Minn. — Over the past year alone, under Engisch-Morris’s leadership, The Crossing Arts Alliance has had a hand in organizing or promoting more than two dozen events.

“Art is very individualistic, but it’s so much easier when you have an aggregation of those creative individuals in one place,” says Jack Geller. “That can create synergy.” 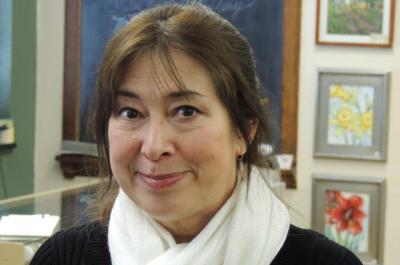 The big picture she envisions includes a more expansive developmental-education model – efficient, broader in scope and responsive to the moment.

Minnesota’s demographics are changing, creating a broader tapestry of cultures on Minnesota’s campuses.

What sticks out to Mary Angela Baker about the venture is its social entrepreneurship – in particular the men’s commitment to both their customers and their land.

PLATO, Minn. — “If you told me 10 years ago that I would be doing this, I would have probably said you were crazy,” Dean Engelmann said.

STILLWATER, Minn. — Hahn is credited with being the first probation worker in the nation to coordinate the use of the LAP tool among all of the corrections agencies in a jurisdiction.

The LAP “is an excellent example of a very specific policy initiative to improve safety for women – and to improve the coordination among agencies to ensure that safety,” Marsha Avner said.

“We talk about how it often takes collective action to make a real shift,” said Merrie Benasutti.

Besides his work in social media, Jones is the theologian-in-residence at Solomon’s Porch, an author, and the former national coordinator of Emergent Village.

Leadership consultant Kathleen Allen credits Jones with attempting to build networks for Christians and empowering the people sitting in the pews.