News
Driving Change
This project is made possible by a grant from the Bush Foundation.
Aug. 17, 2011 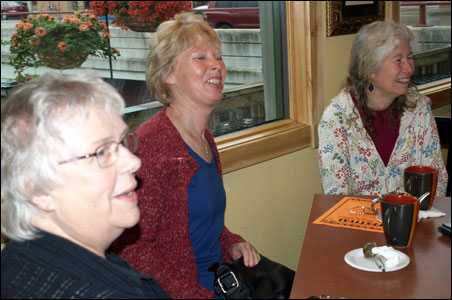 MinnPost has assembled a panel of leadership experts and scholars, who are rotating in commenting on each of what will be 24 examples of leadership profiled in our yearlong series, “Driving Change: A Lens on Leadership.” Today Jack Geller, head of the Liberal Arts & Education Department at the University of Minnesota Crookston, comments on aspects of leadership presented in “From ethnic turmoil to vibrant diversity, trio helped Pelican Rapids transform its culture.”

One standout aspect of today’s leadership profile is that the Pelican Rapids women featured in the article did not carry the titles we typically associate with leadership.

To be sure, elected officials, church pastors, professionals in the schools and business leaders have helped Pelican Rapids accommodate diversity. But these three leaders – Joan Jarvis Ellison, Johanna Christianson and Dianne Kimm — came from the ranks of homemakers, farmers and average citizens.

That did not surprise Jack Geller of MinnPost’s leadership comment panel. He heads the Liberal Arts & Education Department at the University of Minnesota Crookston. And he served for 10 years as president of the Center for Rural Policy and Development.

Nor was Geller surprised to see women take the lead in this situation.

“I really believe that it is not by accident that the three people who stepped up and did this work — which I think of as community development work, things that are done for the betterment of the community — are women,” Geller said.

For one reason or another, men traditionally have filled the titled roles in rural communities, although that is changing now as more and more women are elected to public office, he said. 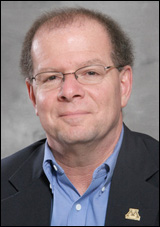 “One certainly could make arguments about it,” Geller said. “When you think about community development, you think about the quality of life in the community – about the parks, city beautification, care for the elderly and programs for kids – and women are the ones who are disproportionally caring for kids and caring for the elderly. They see the needs and the gaps to a greater extent than other people in the community.”

From the individual to the whole town
One remarkable development in the leadership trajectory depicted in this profile is that the women’s focus broadened from needs of individual families they were helping to the structural needs of the community itself, Geller said.

He drew on the work of sociologist C. Wright Mills to explain the difference.

•    To “put a face on it,” as one woman said, was a very specific tactic. … If you are a multigenerational Minnesotan with a 6-year-old girl making the transition to kindergarten, you can relate to a Sudanese woman who has a 6-year-old trying to make the transition — to a much greater extent than you can relate to the concept of Sudanese women. … Trying to start with public presentations about Hispanics in the community, Bosnians in the community, Sudanese in the community would not have been a way to connect people. Put a face on it, and now all of a sudden you made the connection. And once you’ve made that connection, you can help people see the broader community issues.

•    Food is the universal connector, and these women used it effectively in the dinners they organized, the food at the International Friendship Festival, the recipe book. When you are trying to connect people who are so different, obviously you try to find points of commonality, and the one point of commonality for every human on the planet is food. When all of a sudden you can connect with somebody different from you through one avenue, it becomes exponentially easier to connect with them on some other aspect as well.

•    It was a great leveling tactic for them to recognize that people in need in the community are people in need, whether their families have been here for three months or 30 years. It was interesting that they lost out on some grants because they were saying they want to be responsive to all people in need, not just to Bosnians and Somalis and Latinos.  … Small communities have lots of poor people. If all of a sudden they were developing these community responses for new people, they could expect the question, ‘What about the people who have been living here for years who have been languishing under the poverty line?’ This really is a very smart tactic.

•    It was an act of leadership to create a vision for the community. It is more than just an act of charity but a question of how do we see Pelican Rapids down the road and what do we want our community to look like. Then all of a sudden the reason for doing this is to collectively achieve that vision. At some point in that process you have to start bringing in positional leaders if this is going to be a whole community effort. … They did that when they created this international festival. … The Chamber of Commerce is co-sponsoring it and the positional leaders and other volunteers are participating. … The truth of the matter is that at some point you need more people. You can’t take the helm forever, and part of being a good leader is bringing in that next group of people, empowering them to move it forward so it became a feature of the community – not of three women who, for whatever reason, care about these things.

Courage? Maybe
Geller said this example of leadership may have called for courage. But it depends on the circumstances.

“I’d like to think it doesn’t take a lot of courage to do an act of kindness,” he said.

“This world would be a really lousy place if it took an inordinate amount of courage to be nice.

“But a lot of it depends on how much pushback there is, how much confusion you may get from people who are like you, from your family and others who know you,” he said.

So, in some cases it might be very courageous.

“But in other cases your family might be quite proud of you that you are taking this on,” he said. “Your neighbors and your church might support you and put you up on a pedestal for doing this.”

Whether or not the stand these women took called for courage, they still were leaders, he said.

“You are seeing a need,” he said. “You are turning it towards the betterment of your community. And you are bringing in other people to help do it. … Whether it takes courage or not, you still are manifesting leadership through these acts.”

‘Driving Change’ panel: Making transition from an act of charity to a community issue is a mark of leadership