News
Driving Change
This project is made possible by a grant from the Bush Foundation.
March 12, 2012

MinnPost has assembled a panel of leadership experts and scholars, who are rotating in commenting on each of the examples of leadership profiled in our series, “Driving Change: A Lens on Leadership.” Today Kathleen Allen, who heads the St. Cloud-based consulting group Allen & Associates, comments on aspects of leadership presented in “Southeastern counties develop bold ways to stretch dollars.” 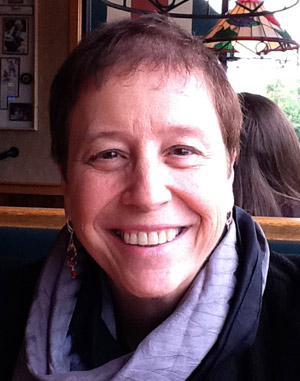 In the 20th century, she said, the predominant leadership metaphor was the machine. The ideal leader was the engine driving all of the other parts.

“The 21st century is going to be the century of the biological metaphor,” said Allen, who heads the St. Cloud-based consulting group Allen & Associates,  where she specializes in helping clients function at the intersection between leadership and change.

A complex, layered interdependence is incorporated in the notion that an effective leader is one who attracts others to join the cause, she said. Their shared power can be grown collectively to achieve more than any individual could do acting alone.

The way we think about leadership has changed over the past 100 years, Allen said.

“Back in the early 1900s, leadership theory was all about the Great Man,” Allen said.

Now the tendency is to think in terms of systems that are living, open, complex and adaptive.

“And the leadership that works best in those kinds of complex systems is actually shared or distributed,” Allen said. “If you are working with complex problems, no one individual — no matter how good, or how smart — actually can understand the whole system. You need company at the table.”

Seeing and telling the truth

Even shared leadership, though, needs a spur. In the profile, Kelly Harder, director of Dakota County Community Services, says, “The easy thing to do would be to do nothing — and that, in my biased opinion, would be typical of government.” 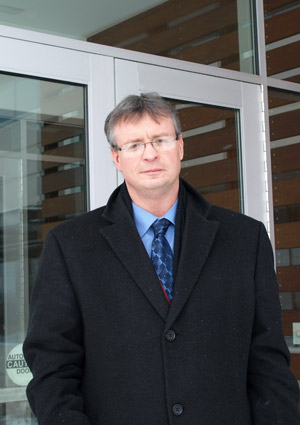 Someone or some group needs to kick-start the momentum for action, to shake things up, to create the desire for change, and to insist there can be a better future.

Typically, that will be a leader with “an ability to tell the truth about the gap between what is the reality and what is the possibility,” Allen said.

“There is this framework called critical leadership where you look at what is going on in the present, you have a critical eye to it, and you believe that you can do better,” Allen said.

Fleissner precisely expressed that quality, she said, in explaining his motivation for revamping systems for treating chemical dependency: “We’ve been hooked on traditional ways of doing it, and traditional treatment works for some people just fabulously, but we have to develop other models that work for the other people. I don’t believe we should be in a society where people are dying under bridges because we won’t house them, we won’t find new models of service. That’s not something I signed up for. I think we’re better than that.”

Someone else might have argued that society is doing the best it can with a tough challenge. Not Fleissner.

“He has this ability to not lie to himself and others about the current reality, and that’s what creates this urgency to act,” Allen said. “Any major change requires this sense of urgency or people remain in the status quo. One of the ways we dampen the urgency to change is by denying the realty of the present or lying to ourselves about what the present is.”

Where does someone get that passion and drive? Why is one person so persistent in the face of social problems that others might shrug off?

Allen looked to the challenges that Fleissner faced as a child.

People who can sustain an inspired commitment to the common good over the course of a career generally had some profound experience in childhood that forced them to consider the predicament of another person or other people, according to research presented in the book, “Common Fire: Leading Lives of Commitment in a Complex World.”

Somehow, they came to an early realization “that their perspective of the world was not the only perspective of reality,” Allen said, citing the book by Sharon Daloz Parks.

In Fleissner’s case, she said, the profound experience was his family’s abrupt drop from the middle class into poverty.

The clarity of Fleissner’s vision and his sustained commitment to the common good very likely comes “from this deep background experience of growing up as the other, from seeing another element of life,” she said.

“If his family had remained middle class, he might never have really experienced such depth and profoundness,” she said. “I think those are connected.”

Fleissner repeatedly said that trust was the enabling force behind the extraordinary collaboration among Southeastern Minnesota counties. The counties’ directors of human services and community services had gradually built trust by working together over the years, he said.

Allen agreed that trust is an essential element of shared leadership.

“Gravity is a force field that we can’t see. But we know nonetheless that it shapes the way we function and behave. In the same way, we should think about trust as an invisible force field,” she said.

“It’s a new kind of power that creates a way for people to be predisposed to cooperate and collaborate with each other,” Allen said. “Trust is the fundamental element. You can’t get to shared leadership or collective leadership without this sense that you can trust each other. … It’s a powerful resource.”

‘Driving Change’ panel: ‘It’s about getting people to join you’