News
Driving Change
This project is made possible by a grant from the Bush Foundation.
Aug. 27, 2012

MinnPost has assembled a panel of leadership experts and scholars, who are rotating in commenting on each of the examples of leadership profiled in our series, “Driving Change: A Lens on Leadership.” Today, consultant Kathleen Allen comments on aspects of leadership presented in “Theologian Tony Jones helps churches reach their young, restless and wired flocks.” 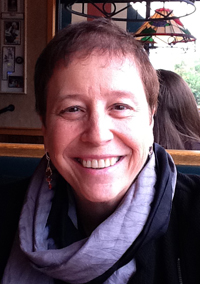 Thought leaders are instrumental in forging new paths, especially in times of rapid change, yet they often do so from the outside rather than by heading organizations like a CEO or a bishop, she said. In fact, thought leaders often thrive on the edge, even though they feel some resistance from the establishment they hope to change.

It’s an apt description for Jones, who gave up traditional church life (as a youth pastor) to push the envelope as a Christian theologian, writer, blogger and sometime preacher who believes churches can do more to connect with their congregations, especially the young.

One way, he believes, is through technology; Jones runs social media “boot camps” in Minnesota and elsewhere with his friend and fellow theologian Doug Pagitt, the pastor at Solomon’s Porch, a leading emerging church in Minneapolis.

The workshops are designed, in part, to help pastors who want to use social media tools like Facebook and Twitter to more effectively reach their increasingly wired congregations.

Jones also tweets his thoughts to 7,000 followers, writes blog posts on religious issues of the day, and (in his spare time?) writes or edits books on post-modern Christian theology. It’s a heady mix of technological savvy, unconventionality and free-thinking that he hopes will encourage pastors and other religious leaders to re-consider and modernize their approach to ministry. Jones’ home church is Solomon’s Porch – “a holistic missional Christian community,” according to the sign out front – which draws about 300 parishioners who drink coffee and sit on couches during Sunday evening services.

Allen, commenting on MinnPost’s profile of Jones, said: “A thought leader is a person who has these new ideas or ways of putting things together and can now leverage social media and technology with the sector they are involved in. For Tony, that’s the church and spirituality.”

She added: “He puts these thoughts out there in the hopes of leading other people to a different way or practice.”

Allen, who holds a doctorate in leadership and runs Allen & Associates, a consulting firm in St. Cloud, likened the dramatic impact of social media on churches and other organizations to the effect computers and e-mail had on businesses in the 1990s.

“Before computers spread in the workplace, it was easy to keep your silos together and your hierarchy in order. But once workers had computers and e-mail at their desk, the structure and direction exploded,” she said. “Everything became multidirectional.”

Using an education analogy, she added: “Suddenly, you could email the president of the university directly if you wanted to ask him something; you didn’t have to follow the traditional channels.”

Jones has certainly benefited from technology, which allows him to tweet, blog, run a website and publish books electronically – putting his thoughts into public circulation much more quickly than he would have been able to just a decade ago.

Allen noted the successes of thought leaders in simpler technological times, such as Civil Rights organizers who didn’t have the advantages of the Web or other tools but were nonetheless able to change social views.

Technology, she said, has simply “accelerated the speed at which things move.”

Allen also credits Jones with attempting to build networks for Christians – though his social boot camps are also for business leaders and others – and empowering the people sitting in the pews, giving them a chance to build deeper, more authentic relationships with pastors and other church leaders.

Much of Jones’ work is simply about giving all kinds of churches ideas as they struggle to reach younger people who have drifted away from organized religion. Social media tools, after all, work for Presbyterians as much as they do for Methodists.

Even so, Jones’ postmodern views and writings about Christianity – he sometimes uses the phrases “post-church” or post-denominational” – don’t always sit well with some in both evangelical and mainstream denominations. His books include “The Church Is Flat” and “The New Christians: Dispatches from the Emergent Frontier.”

“Is he going to get pushback?  Absolutely. That’s what makes his work more about leadership as opposed to management,” Allen said. “Leadership is about change, and management is about maintaining the status quo.”

“What he is doing erodes the framework of hierarchy,” she said, “and religion is all about the expert and the receiver.”

‘Driving change’ panel: Jones is a thought leader for the times