News
Driving Change
This project is made possible by a grant from the Bush Foundation.
Nov. 26, 2012

MinnPost has assembled a panel of leadership experts and scholars, who are rotating in commenting on each of the examples of leadership profiled in our series, “Driving Change: A Lens on Leadership.” Today, consultant/educator Marcia Avner comments on aspects of leadership presented in “A sense of the possible: Sandra Hahn and a life in corrections.” 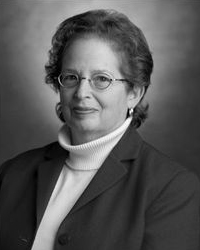 Marcia Avner, in her role as consultant, advocate and teacher, has worked on domestic abuse issues for decades – long enough to know that some women stay in abusive relationships far too long. So she was especially interested to learn about a novel approach to domestic disturbance calls that is proving to be effective in Minnesota and elsewhere.

“I was really excited to see this,” she said.

The Lethality Assessment Protocol (LAP), a questionnaire used by police and other first responders to interview women at the scene of a disturbance, has been championed by Sandra Hahn, a longtime Washington County corrections official profiled this month in MinnPost’s Driving Change series.

The idea behind the questionnaire is to enable first responders to make quick judgments about a woman’s security and immediately connect her, if necessary, with women’s shelters or other groups that can help.

“This is an excellent example of a very specific policy initiative to improve safety for women – and to improve the coordination among agencies to ensure that safety,” Avner said.

Hahn has worked in various capacities during a 35-year career in Washington County that began right after she graduated from college. Most recently, she was recognized by a counties group for promoting the LAP and teaching social workers, police officers and corrections workers how to use it effectively.

Hahn has served in several capacities in Washington County and is currently its deputy director of corrections.

Avner, a consultant and college professor, serves on the board of the Sheila Wellstone Institute, a nonprofit group Wellstone started before her death, a decade ago, in the northern Minnesota plane crash that also killed her husband, U.S. Sen. Paul Wellstone, their daughter and five other people.

Avner noted how the discussion surrounding domestic abuse has changed since the institute’s beginning.

“When Sheila started this, it was an issue that was hard to talk about, a taboo – not considered to be the whole community’s problem,” she said.  “These things were addressed primarily as criminal cases, so officers made an arrest if there was a clear demonstration of violence, but only then.” 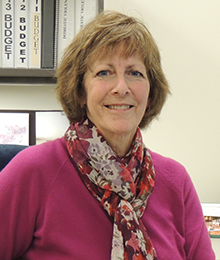 Such cases were often “silod” – in other words, set aside for first responders and police officers, often with unclear directives, to deal with.  “(The LAP) suggests that we are at point where we understand that the whole community has to be involved,” she said.

She added: “Often so much is at risk when officers leave the scene of a domestic disturbance.  These women often have very little money and wonder what will happen to their children or their pets.  People end up staying in lethal situations way too long.  So this tool is huge.”

Avner, of St. Paul, runs Avner Consulting, serves as a fellow at the Minnesota Council of Nonprofits and teaches in the Masters in Advocacy and Political Leadership Program at the University of Minnesota-Duluth. Among her college courses are those that deal with the relationship between government and nonprofits and the role of art in social change movements. She also once worked in former Gov. Rudy Perpich’s administration.

In her career, she said, in a nod to Hahn, she sometimes comes across people who “aren’t afraid to ask the hard questions about how we change problems at the core.”

Hahn didn’t set out to work in corrections for her entire career and meant to stay at Washington County for only a few years But she never left and worked in various capacities – including as a probation officer and as a supervisor in the adult division – before becoming deputy director. Besides working on domestic violence issues, she has also studied the role that women play in gangs and the motivations and action of political extremists and hate groups.

Hahn said she doesn’t like to be singled out for work that she calls “inherently collaborative.”

But it’s just that kind of behind-the-scenes work that often leads to change, Avner said. She called Hahn an example of the unsung people in government or nonprofits who create change by committing themselves to an issue, learning about it and pressing for a new initiative.

“They get the bigger picture and have access to leaders and resources that can build a coordinated response and policy response,” she said. “(Hahn) really understood the issue and – because she chose in her career to work within and reform the system – she was knowledgeable about what was needed.”

‘Driving Change’ panel: Hahn a reformer from ‘within’