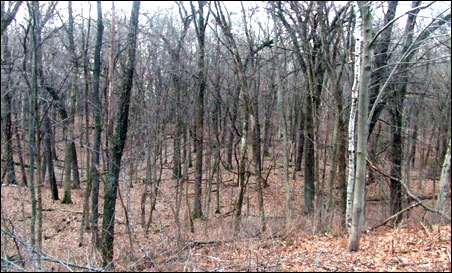 It’s commonly said that everything tastes better if cooked over an open fire. May I add that nearly anything reads better by firelight?

Certainly it seems that way in these passages of cold days and long evenings — and particularly when the words themselves might have been set down by firelight, as with Henry David Thoreau’s “Walden”:

Every man looks at his wood-pile with a kind of affection. I loved to have mine before my window, and the more chips the better to remind me of my pleasing work. … In winter days, on the sunny side of the house, I played about the stumps which I had got out of my beanfield. As my driver prophesied when I was ploughing, they warmed me twice, once when I was splitting them, and again when they were on the fire.

Anybody who has ever put up firewood can tell you that Thoreau’s driver could have listed other warmings: digging out those beanfield stumps (or felling/limbing/bucking trees), hauling chunks to the woodpile, stacking and restacking the piles…

All of which is why I prefer these weeks of early winter for filling out my own woodpile. In every other season this work is a sweaty, dirty chain of chores, and requires heavy clothing just for safety. But right about now it is a most satisfying way of being in the woods.

A way of working with the world
Like Thoreau’s cabin on Walden Pond, my house in the coulee country of western Wisconsin has no furnace.

The man who built it cleared just enough trees to make room for the house and a long, gravel driveway; the lawn is not much larger than you find on a standard Minneapolis lot. From its edges the land falls away, unbuildably, in all directions — the steepest slope sliding into what’s known locally as Skunk Hollow.

Unlike Thoreau’s cabin, this house has a high-efficiency fireplace, and its considerable output can be supplemented by electric baseboard heaters, so we don’t need to heat with wood. But we like to, as much as possible, and for reasons that reach beyond lowering the electric bill.

Wood-fired heat doesn’t contribute to global warming; nearly all of the electricity we can get is generated from coal, which does. And fire creates an especially pleasant kind of warmth that flows into all the rooms, out of sight or sound of the flames.

Laying up fuel for those flames is hard labor, yes, but also a different and even intimate way of being outdoors — not just relaxing in, or playing in, the natural world but working with it, noticing it, learning from it.

Learning to read the logs
Each year I fell a few large trees that are dead or dying and threaten to fall somewhere inconvenient, like across the driveway.

But I try to minimize the number of trees I drop. It’s the most technically challenging and thrilling part of the job but also the most dangerous, and the most vexing: Some trees refuse to fall where you direct them, and these woods are so thick that a falling tree will often hang up on others, setting the stage for sudden injury.

Luckily I’m able to build the woodpile mostly from the trunks and limbs of trees already down. This yields lots of logs small enough to require no splitting and often — better yet  — dry enough to go straight into the fire without seasoning. 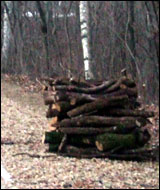 It has taken three winters but I’ve learned to judge the fireplace readiness of a log by some intuitive factoring of its appearance, its resistance to the chainsaw, its fragrance as I cut, its heft as I heave it toward a temporary pile.

I’m still learning the subtleties of efficient splitting with an eight-pound maul, but that’s all right. Keep your hydraulic splitters — swinging the maul, with skill or without, is great exercise. And it’s the one part of this work that goes better in shorts and a T-shirt and therefore in springtime.

Waiting for the snow
Yesterday was almost too pretty for working with firewood. Clear and calm, warm and dry all afternoon, it was a reward for leaving a few old trees to cut up in mid-December. Three hours’ work returned at least five weeks worth of wood.

Another reward: When I took a pair of saw chains to the Stillwater hardware store for sharpening, where the turnaround is typically a week or more, the fellow worked them over while I waited. Other folks have put their saws up for the season.

The new logs are stacked in waiting piles beside the driveway or along paths leading into the trees, awaiting a good snowfall so they can be dragged out in a sled made for transporting deer. It’s the easiest way of moving all that weight over the contours of ground that is rarely close to level.

For many years I dreamed of moving out of the city and onto land that had been heavily used, even abused, and being nice to it — restoring it in some way, repaying some of the resources I’ve used in my lifetime.

I was thinking of a farm or industrial forestland and instead I found this place in the Driftless Area, land that stood above the glaciers of the last ice age and escaped their bulldozing — not to mention most modern uses, for which its contours are too much.

It is hardly wilderness, rural but not even particularly remote. Still, up close it has a rough and timeless quality that I savor as I scramble up and sidle down its slopes, panting hard, sending out streams of vapor longer than my arm.

Yesterday, toward dusk, I stopped to catch my breath and in the stillness I heard Gram Parsons singing from long ago and far away. Not the one about hickory wind, but this:

Oh my land is like a wild goose
Wanders all around everywhere
Trembles and it shakes till every tree is loose
It rolls the meadows and it rolls the nails.

What could I do but add my scratchy quaver to Gram’s sweet tenor? If a man sings in the forest and there’s nobody around to hear him, he makes no sound to be ashamed of.

Letter From Skunk Hollow: On putting up firewood in winter