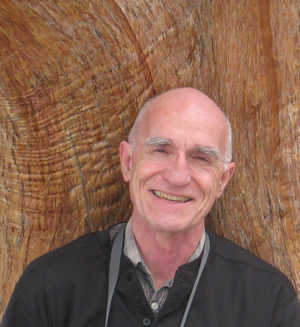 Going through my MinnPost email last week, I noticed that hardly a day passes without a pitch for some new “green” or “greener” product, which the marketers feel I should mention in Earth Journal as a service to both the purchasing public and the planet.

Usually this is so much background noise, but I was still thinking about some piercing messages in an Earth Day talk by the conservationist writer Scott Russell Sanders:

These ideas have old roots in our culture and some new ones, too. You could say they are perennials. But over time – certainly over my lifetime – they have been pushed to the fringes by ceaseless urging  to buy newer, bigger, better and, now, greener things. If you doubt this, pause and ask yourself:

Scott Sanders is not speaking of these things from the fringes, from the territories of freegan fanaticism  or  off-the-grid  Thoreauvians. He lives not in the woods he loves dearly but near the center of Bloomington, Ind., a short walk from the Indiana University classrooms where he taught English for 38 years before retiring with distinguished/emeritus status in 2009.

His 20 books on nature, conservation and spirituality are mainstream, by which I mean no detraction; many were written for children. A plain style and soft-spoken moderation mark his writings, and they marked his delivery of a Bible-based Earth Day sermon at White Bear Unitarian Universalist Church on the Sunday before last.

But there was this edgier passage, too, from his 2009 book “A Conservationist Manifesto”:

If we human beings were as wise as we claim to be in calling ourselves Homo sapiens, we would do volun­tarily what nature will otherwise force on us. We would restrain our appetites and, over generations, reduce our population. We would fashion an economy based on needs rather than wants. We would measure every product, every technology, every private or public decision, against the standard of ecological and communal health.

As a first step in that direction, let us quit using the word “consumer” for a season and use instead the close synonym, “devourer.” Thus, the Office of Consumer Affairs would become the Office of Devourer Affairs. In schools, the study of consumer science, which used to be called home economics, would become devourer science. Savvy shoppers would subscribe to Devourer Reports. Pollsters would conduct devourer surveys. Newspapers would track the ups and downs of the devourer price index.

As an American – and Sanders is addressing Americans primarily – I am used to being called wasteful, voracious, insatiable, greedy, profligate, squandering … but nothing says it quite like devourer.

Gluttony in our genome

Conventional thinking is that overconsumption is driven by advertising in all its gross and subtle forms.

This gluttony — let’s just call it that — is seen as a phenomenon of culture overriding natural appetites that otherwise would be smaller, satiable, sustainable. (Put a few apple slices and a pair of Big Macs in the baby’s playpen and she will pick the apple every time, etc.)

Sanders thinks that’s backwards. In “Hunting for Hope,” published in 1998, he wrote:

Biology, I’m afraid, is all on the side of shopping, gluttony, and compulsive growth. If we are to achieve restraint, it will have to come from culture, that shared conversation by which we govern our appetites.”

In a phone conversation last week, he said he still believes this, and elaborated:

The modern impulse to overeat and overbuild, to hoard, he sees as an artifact of hunting/gathering times, when piling up as much food and fuel as possible was “an evolutionarily advantageous impulse.”

Understanding this, he says, is not only necessary but also “gives one a realistic sense of what we’re up against” in promoting the virtues of restraint.

“Every species we know about is expansionist by nature,” he said. All animals naturally consume and multiply up to the limits imposed by food depletion and predation, and “we are as deeply wired for that expansionist impulse as any other.”

What sets us apart is our dangerous ability to push back those limits, at least temporarily, through environmental manipulation.

Luckily, we also have a countervailing ability to restrain ourselves – and to  create a higher quality of life by doing so. But it requires acts of choice and will.

I guess simplicity is the word I like best for the focal point of this practice of restraint, because it emphasizes not only a method but the benefit returned by doing/buying/keeping less.

Sanders said he sometimes prefers centeredness to distinguish its departure from the scattered, multitasking way of living.

We both like mindfulness, the simple present-moment awareness of whatever we happen to be doing, or not doing, as the key to appreciating what we have — and creating the pause that enables us to resist instinctive grasping for more.

“It’s important to be very clear – this is not about self-punishment.” Sanders said. “This is not about, I’m evil and wicked in the body and all these appetites are sinful and I must curb them by denying myself something.

“It’s about moving toward a more fulfilling existence,” about conserving time, money and mind for richer, more intentional pursuits.

Among the people he meets who grasp this most intuitively, he said, are those who have managed to lose weight and gain energy through the simple (though not always easy) practice of consuming less food.

“I’ve never, ever met a person who says, ‘I wish I were just as big as I used to be.’ And there are a number of other domains in which we choose to reduce size as a way of becoming healthier, fitter and happier by living less extravagantly and consumptively.”

I know that’s so, and so do you. And yet it remains easy for us to drift back into mindless gobbling, to pretend perhaps that consume means something other than use up forever – to imagine that this bacon or gasoline or electric power comes from an inexhaustible stream or, perhaps, is somehow just on loan to us until we return it to the storeroom for use by others.

The rise of recycling is a great thing, to be sure, but sometimes I wonder if it hasn’t also made it easier for us to forget that much cannot, in fact, be reclaimed, that the little green pyramid’s reminders to re-use and recycle are joined by a third principle, often at the peak: reduce.

Certainly our national obesity trend is proof that for each among us who successfully sheds the backpack of overweight,  many more still believe it possible to have a second serving of pasta tonight without wearing it tomorrow.

I believe, I really do, that a deliberately simpler, mindful life of consuming less and savoring  more will indeed return all the rewards discussed above and many others as well.

Actually, I suspect most thoughtful people believe this, though we all forget so often.

Time after time last week, I caught myself reaching for something – something beyond what I needed, more than was good for me, more sometimes than I even really desired, given a moment to reflect – and what stayed my hand was that one word:

Both of the titles cited above are still in print; more information about them and about their author is available on his official website, www.scottrussellsanders.com. Big congratulations on his election this month to the National Academy of Arts and Sciences.

Healing a planet and ourselves: Scott Russell Sanders on simplicity