A five-hour legislative hearing Tuesday on “financial assurance” for PolyMet’s proposed copper/nickel operations turned up little if anything in the way of common-sense assurance that long-term cleanup costs typically associated with such mines won’t become a public burden at this one.

There was extensive reference to Minnesota law, dating from the early 1990s, that requires mining companies to provide such guarantees as a condition of mining, and to back them with failure-proof financial instruments.

There were repeated assurances from high-ranking officials of the Minnesota Department of Natural Resources that they would apply those legal requirements rigorously when PolyMet applies for permits to mine at a site south of Babbitt and to process ore at a plant near Hoyt Lakes.

And there was discussion in a highly general way of the kinds of instruments that could be used — bonds, insurance policies, irrevocable letters of credit, deposits of cash and cash equivalents, trust funds.

There was also skeptical questioning from a range of witnesses who wonder how any or all of those instruments can be expected to function for 200 or 500 years into the future — the working timelines, for the moment, of how the state must plan for control of acid drainage at PolyMet’s mine and mill, respectively.

And at the end of more than five hours’ testimony, those questions remained unanswered.

Jess Richards, who heads the DNR’s lands and minerals division, told the House Environment, Natural Resources and Agriculture finance committee that the department is in the early stages of looking for useful models in how other states have approached financial assurance for hardrock mining.

A database of some 200 mining projects in western states has been obtained and a private contractor will be hired to help analyze the contents for guidance Minnesota regulators may use in placing conditions on PolyMet when its project moves to the permit phase, perhaps later this year.

A mining industry representative, Laura Skaer of the American Exploration & Mining Association, spokesman said financial-assurance requirements have become a standard feature of mining permits since the 1970s, and can take a variety of forms.

However, she couldn’t point to an example where the guarantee had yet been tested, let alone found sufficient. I listened hard for that kind of example throughout the half-day’s testimony and didn’t hear anything that came particularly close.

I think it was about six years ago that the debate about how best to address the environmental risks in PolyMet’s proposal moved off of the question of requiring the company to prove that its methods would be environmentally benign, to insisting that it put down a sufficient damage deposit to protect the taxpayer if those methods failed.

Six years on, the question of how that damage deposit could be made remains a subject of theoretical answers only.

The DNR says it is working on that and will follow the requirements of state law, repeatedly described as “robust” in yesterday’s session. PolyMet says it will meet whatever requirements are contained in its permit. 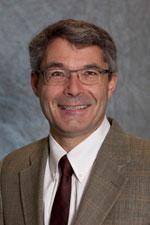 Perhaps the most interesting exchange occurred at the end of the five-hour session, when a PolyMet representative came to the witness chair — Brad Moore, the company’s senior vice president for environmental and regulatory matters. (He’s no stranger to such proceedings, having headed the Minnesota Pollution Control Agency in the Pawlenty administration and serving as an assistant DNR commissioner before that.)

Moore opened his comments with a description of a robust review process with the DNR and other agencies, and emphasized that “the regulators are in charge.”

It seemed at that point to be an acknowledgment that PolyMet’s provisions of financial assurance would be defined by state requirements, not company offers. Of course.

But as Moore stood for questions, in a performance I think can be characterized as belligerent stonewalling, it echoed more as a suggestion that the Legislature had no business exploring the issues of financial assurance because that was a matter for proceedings in the executive branch.

I’ve never seen anything quite like it. But I don’t cover the Minnesota Legislature day in and day out. So I asked several people with very long experience for their take and they, too, found it remarkable and unprecedented, and two ventured that it was not only belligerent but bizarre.

You can see for yourself if you go to video coverage of the session and start at the 5:01 mark. But here’s a summary:

Andrew Falk, DFL-Murdock, who holds a business degree from the University of Minnesota’s Carlson school, asked a series of simple questions about PolyMet’s last annual report — the nature of certain assets; how the data squared with information about the North Met project; whether PolyMet was in fact, a shell company, principally owned and due to be taken over by others.

Except for a summary denial that PolyMet was a shell company or controlled by corporate parents elsewhere, Moore’s responses followed a single, consistent line: I’m in charge of the environmental aspects of PolyMet’s activities, and I can’t answer financial questions, but I’ll be happy to take them back to the office and ask the finance people to get back to you.

This led to the obvious question of why PolyMet would send, to a hearing on financial assurance matters, a representative who couldn’t speak about finances.

Digging his heels in deeper, Moore said the finance people weren’t present because financial assurance was an administrative matter that belonged in the permitting process.

And when the committee chair, DFLer Jean Wagenius of Minneapolis, asked him to have his finance folks provide some basis for their estimate  of the financial guarantees PolyMet  should expect to provide, he actually declined — twice — to say he would do so.

I emailed Moore and a couple of PolyMet communications execs to ask why Moore was chosen to testify for the company yesterday, and why he chose to respond as he did. Here is the full response I received from Bruce Richardson, vice president for corporate communication and external affairs, with emphasis and paragraphing added:

The Committee supplied 14 questions prior to the hearing, none of which referred to the company’s annual report.

Rep. Falk’s inability to obtain answers to his questions about aspects of the company’s annual report should not be construed as a lack of preparedness on PolyMet’s part. Establishing financial assurance terms for mining projects, by Minnesota Statute, is a function of the permitting process and is administrated by the DNR. It is not a legislative function or a function of the Environmental Impact Statement (NEPA).

The DNR made clear in the hearing that no application for a Permit to Mine has been made by the company. Furthermore, the environmental review process (the SDEIS), which helps inform the permitting process, is still in the public comment period and will not be completed until probably sometime later this year.

The EIS process allows for those who have questions or concerns about any aspect of the environmental review to formally make those concerns known during the public comment period as outlined by EIS guidelines. (Virtually all of the issues that opponents and some of the legislators raised in yesterday’s hearing can and will be addressed in either the SDEIS or permitting processes.)

As with the SDEIS process, permitting will be a transparent, open process that also will provide for public input and involvement. To attempt to address those issues outside of and out of sync with the prescribed processes compromises the integrity of those processes and our and other law-abiding companies’  ability to work within them.

The House hearing was an opportunity for the committee to better understand the process and the law, and we sincerely hope it accomplished that yesterday.

Three thoughts on that:

First, PolyMet seems to be saying that legislators or citizens who have concerns about PolyMet’s ability to provide financial assurances can raise those issues in an EIS process which specifically does not deal with financial assurance, because that subject belongs in the subsequent permitting process.

Second, it seems to me the advance questions prepared for the session (by nonpartisan legislative staff) dealt extensively with exactly the financial subjects Moore said he was not prepared to discuss. (No need to rely on my reading; you can see for yourself.)

Finally, I guess I still wonder why a company seeking clearances to launch a new and bitterly contested industry in this state would go out of its way to antagonize some key lawmakers — unless it can comfortably assume their views won’t matter anyway.

I’ve chosen here to focus on just the central subject of a hearing that ranged all over the place; for further reading, see coverage of yesterday’s session in the Star Tribune, the Duluth News-Tribune, the Hibbing Daily Tribune, and at Minnesota Public Radio and KJBR-TV in Duluth. Additional links at BringMeTheNews.

How would ‘damage deposit’ work for PolyMet? Many questions, no answer