Jonathan Foley, now in his sixth year as director of the University of Minnesota’s Institute on Environment, got some big news the other day: his work on global environmental systems had brought him the Heinz Award in Environment.

To term this award prestigious is to apply faint praise; past honorees in the Environment category include, for examples, Paul and Anne Ehrlich, Amory Lovins and James Hansen.  From the citation:

“Solutions for a Cultivated Planet,” a five-point plan developed by Dr. Foley together with colleagues around the world, avoids the ‘silver-bullet’ approach which narrowly focuses on only one problem at a time.

Instead, studying a range of factors, the plan takes a deeper look at agriculture and finds opportunities to deliver more nutrition to the world while reducing waste, improving efficiency and sustaining the world’s ecosystems and freshwater resources.

The plan addresses the challenge of feeding a projected population of 9 billion people by 2050, and has become a landmark publication for scientists and policymakers on global food security. 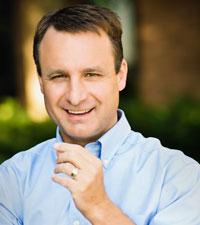 Following are excerpts from a conversation we had last Friday about the award, the work it recognizes and how he sees his scientific future. I didn’t ask him how he plans to spend the $250,000 that comes with the award:

The announcement kind of blew me away, because a lot of my heroes out there, people I really look up to in my community, are people who’ve been previous recipients, and far more deserving than I am. So it’s both gratifying and humbling.

I love that the work we’ve been doing as a group — I didn’t do any of this by myself; it’s stuff I’ve done with students, colleagues and partners over the years — is getting recognized. But I’ve lived in Minnesota long enough now to feel very uncomfortable with the personal attention, ha-ha.

We’ve been working for a number of years now to do two things: One is to get a global picture of agriculture and the environment put together with real data — to say, look, we could have all the debates and discussions and arm-waving we want. But to really make progress as scientists, what can we do to bring these data together?

We worked to track how land is being used around the world, what is it growing, how is that agriculture affecting the environment in key things like water quality, climate change, biodiversity.

You know, we have to grow food, and we also — I believe — have to sustain the environment. Neither of these is optional, so what can the data tell us about where we can do both things well?

It turns out satellites are very good at measuring forest, or non-forest, but that doesn’t tell you much about what people grow on that land after it’s cleared. How long did it stay cleared? Is it poor people, subsistence farmers, growing stuff? Or is it cash crops going to international trade?

We pioneered ways of linking social and economic data on the ground with satellite data from space in ways nobody had really done before. So it turns out that here in St. Paul and in Montreal, of all places, where we have partners, we have probably the largest collection in the world of global environmental data and agricultural data in one place.

Every country in the world does basically a census of agricultural land and production every year. We’ve compiled all of that information going back decades — a lot of it on paper and very hard to get. Then we stitched it together  digitally with what the satellites were seeing.

We’re living in a time that’s kind of a paradox. On the one hand, most of humanity is better off than ever before. We are living better lives, in aggregate, than any previous generation in terms of life expectancy, health, violence, nutrition, education, human rights … far from perfect, of course, and with a lot of big exceptions.

My premise is, all of this is true, but if you want it to continue to be true, then you can’t be mining the planet’s endowment of natural resources. If we prop up our generation’s well-being by depleting our soils, our water, screwing up our climate, wiping out vast amounts of biodiversity, we’ll be clearly one of the last generations to live better than its ancestors.

We are living a really great life, but we can’t have a big party and trash the house.

The math on this is pretty straightforward. My good colleague David Tilman here has written a very interesting paper on it.

We’ve got about 7.2 billion people in the world today, the official figure, and by the middle of the century we’re supposed to be at 9 to 9.5 billion, assuming business as usual: birth rates are still declining, life spans are still getting longer.

That’s about a 28 percent increase. If that were the only thing that was happening, adding 2 billion more people, most of them in poorer parts of the world, then the food requirements of the future would be 28 percent higher than they are today, right?

A bigger part, right now, than population growth is the expectation of wealth increasing around the world as well.  China, India, Brazil, Russia, all the big transition economies, they’re getting much wealthier quickly and if history’s any guide, they will eat richer diets. Richer in meats, dairy products, sugars, oils.

Tilman and colleagues estimated that with population and wealth projections — again, if history is any guide — there will be a doubling of global food demand by 2050. About a third of that’s from population, and about two-thirds from unchecked dietary growth.

The U.N. Food and Agriculture Organization has a lower estimate, for a 60 or 70 percent increase by 2050; Tilman and others are saying it’s more like 80 to 110 percent. But the bottom line is, either one is a big challenge, and I don’t think either can be met with today’s agricultural practices.

Can everybody in the world go on the American diet trajectory as they get wealthier? To me, clearly, the answer is probably not.

But to me, the biggest, lowest-hanging fruit is the food that never gets eaten — in rich countries because of over-serving, where things get left in restaurants or cafeterias or in our refrigerators for too long; in poor countries because maybe farmers couldn’t get it to the market in the first place, of transportation problems or spoilage or maybe the mice got it.

It’s an overworked metaphor, but we aren’t going to be able to solve this with a silver bullet. We need silver buckshot.

We need to do three things:

By the way, agriculture is the largest single economic sector in contributions to climate change — roughly a third of all our greenhouse gases, it’ s estimated, come from agriculture-related sources: deforestation, methane from cattle and rice fields, nitrous oxides from when we use fertilizers too much.

A lot of people think it’s “food miles,” from shipping food long distances, but it turns out that’s a very small factor in comparison. I love local agriculture and local food, so many cool things happen with that, but it turns out the energy used to move food around the world isn’t that large in the grand scheme of things.

Ironically, sometimes food that travels halfway around the world on a boat actually uses less fuel than something grown pretty close by and delivered on a pickup truck.

I’m sort of a global environmental generalist. I tend to like to focus on a problem for a few years and then move on and see where I can try to help make an advance in other important areas.

So I might shift to something else. But food is definitely something we need to keep thinking very hard about.

The Foley paper referenced in the Heinz Award citation, “Solutions for a Cultivated Planet,” was published in the journal Nature in October 2011 and is still available online. As I told him in our chat last week, I’ve rarely read a paper that motivated me so strongly to read every footnote and click every link. Concise, lucid and provocative.

Can we feed the planet without trashing it? Jon Foley’s ‘yes’ wins major award