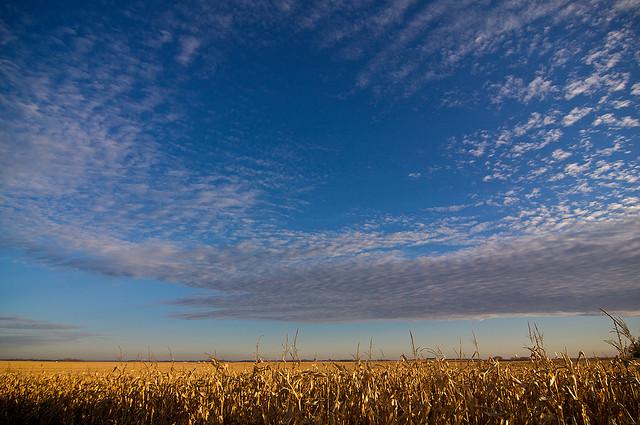 CC/Flickr/sam englund
All in all, Minnesota seems poised to bear a disproportionately light share of estimated national compliance costs with the new EPA ozone standards.

When I saw last week’s rather cursory coverage of how Minnesota might fare under tightening  federal rules on ground-level ozone, I made a note to call Bob Moffitt after the holiday weekend and dig a little deeper.

As the longtime communications director for the American Lung Association in Minnesota, Moffitt certainly knows his stuff on ozone and other clean-air issues. And while the association is a strong advocate for ozone reduction and other efforts to clear the air we breathe — at the national level, it’s arguing the Environmental Protection Agency’s proposed standard won’t be strict enough — he has always impressed me as an honest broker with facts and figures, even when they don’t fit perfectly with his messaging objectives. 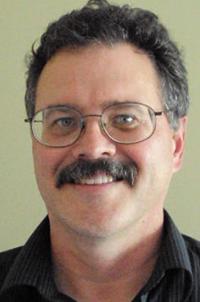 So we talked for a while on Monday morning about the anticipated new standard and Minnesota’s history on ground-level ozone (the smoggy stuff that irritates your eyes and lungs, not the atmospheric stuff that shields you from skin cancer).

And as I looked over my notes it seemed reasonable to conclude that EPA’s new ozone rules might well prove less of a challenge for Minnesota than for many, even most, most other states.

Indeed, it seems at least possible that Minnesota could remain in compliance — “in attainment,” in the language of the Clean Air Act — while doing little or nothing new to reduce emissions of ozone-forming chemicals. Here’s why:

All in all, Minnesota seems poised to bear a disproportionately light share of estimated national compliance costs, reported in the Strib as “4.7 billion to $16.6 billion in coming decades, depending on which standard is selected when the rules becomes final.”

Actually, those figures (apparently from Bloomberg) are EPA’s illustrative estimates of annual compliance costs as of 2025, including California; the agency also offered parallel projections of annual health benefits to be realized: $6.4 billion to $13 billion annually for a 70 ppb standard, $19 billion to $38 billion for 65 ppb, excluding California.

Some excerpts from Moffitt’s comments on these and other points:

Those of us who pay attention to the air pollution issue realized that the standards would get tougher, because that’s how the Clean Air Act is designed to work, and that’s a good thing, because it changes based on the latest science and medical findings.

And it’s clear that of the three things that contribute to ground-level ozone, we can  do something about two of them. We can work on lowering VOC emissions [volatile organic compounds, present in a wide range of fuels, solvents, paints and cleaners], and we can work on lowering NOx emissions [nitrogen oxides present especially in vehicle exhaust]. But the third is weather, and that we can’t do much about. So, weather is really the X factor.

If we were in an area that experienced much warmer summers, where because of geography and wind patterns certain pollutants hung around for longer periods, we would have much more ozone pollution than we do now. Geography has been shielding us from having more ozone days above the standard, and more fine-particulate days as well.

The thing is, though, we’ve been seeing some significant changes in our weather patterns, warming trends. And right now, it’s just the weather that’s standing between us and having more ozone days above the standard.

The American Lung Association is very concerned about the health effects of ground-level ozone. We think that always ought to be the first and foremost consideration. But there’s a secondary effect of ozone, too, that can impact crop and forest growth.

EPA is proposing to change this secondary standard, too. I don’t know how we’re doing on that because it’s kind of outside my area, but I’ve learned a little about it and it’s really interesting.

We know that exposure to higher ozone levels hinders some plants and aids others. And if you think about the stresses that some of trees in the northern forest are under, due to climate change and insect pests that we really haven’t seen here in the state before, like the northern pine bark beetle — throwing on another layer of stress with ground-level ozone could be just enough to make a bad situation worse.

In general, yes, you could say that Minnesota’s performance on the primary standard has stayed fairly level for a fairly long time. But if you look back over the past 10 years there have been some periods where things got worse for a while; 2008 stands out, for example, when Anoka, Mille Lacs and Wright counties got particularly low grades for ozone. But then they improved, and in 2013 there was a bit of a dip again.

Anoka County, interestingly, tends to be the mixing bowl for ozone formation for the Twin Cities metro. Ozone doesn’t tend to be produced right in the downtown areas, but just a little bit away from the main emitting sources. And the northern suburbs are where the monitors are consistently among the highest in the state.

I would also make the point that this isn’t just a metro problem. When EPA draws up a noncompliance area it tends to be quite large. And we’ve also seen ozone issues in Marshall and Rochester, too.

Duluth has been pretty good, but again, that’s geography playing for you — you’re sitting at the edge of the lake and getting those prevailing northern winds.

It’s possible that one bad week during a couple of years of monitoring could make a big difference on attainment. If we get one bad weather pattern that holds and creates a lot of ozone for a few days, yes, that could be the difference between being in attainment and not.

And that’s not necessarily a bad thing, because we know we’re continuing to produce the VOCs and NOx, and until we start to lower them, this is going to continue to be an issue.

One reason ozone isn’t as politically contentious an issue in Minnesota as in other places is that we are not a fossil-fuel-producing state — we have no coal mines, we have no petroleum wells, we have no natural gas wells. By not having state and local jobs directly tied to those industries, it’s liberating for us, politically, to talk about this.

One of the greatest challenges in my job over the years has been to convince people that air pollution IS a problem in Minnesota, because we have been in attainment for so long. Sometimes I feel like a voice crying in the wilderness.

As someone who’s lived with asthma much of his life, I understand it personally. People who are into running or cycling or other things, particularly during the warm weather summer months, they know what it’s like to experience the problem on a bad ozone day. As they say, it’s like getting a sunburn on the inside of your lungs — a type of irritation that makes even the healthiest adult struggle.

The EPA’s main page on the revised ozone standard is here, and the final report from Environmental Initiative’s stakeholder process, completed in April 2013, is here.