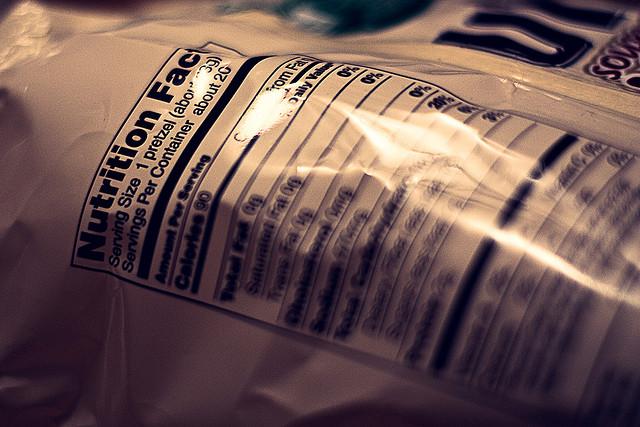 CC/Flickr/Dan Domme
What if nutrition guidelines indicated food’s impact on the environment, not just its impact on your waistline?

Should the nation’s official nutrition guidelines address the environmental impact of American eating habits along with personal-health concerns?

Absolutely, in the view of a federal advisory board that has assembled a scientific foundation for the guidelines’ next revision, due later this year.

As you probably have heard, the panel suggested last week that the guidelines drop their longstanding warning about cholesterol intake, especially from eggs, while reassuring us that moderate coffee and alcohol use probably shouldn’t be a concern. That’s the natural stuff of news briefs.

But the truly new – and highly controversial – substance of its recommendations lies at the intersection of public and environmental health. For example, in suggesting that Americans eat less meat, and particularly less red meat, while moving toward more plant-based diet plans, the panel says:

Current evidence shows that the average U.S. diet has a larger environmental impact in terms of increased greenhouse gas emissions, land use, water use, and energy use. … This is because the current U.S. population intake of animal-based foods is higher and plant-based foods are lower, than proposed in these three dietary patterns. …

Linking health, dietary guidance, and the environment will promote human health and the sustainability of natural resources and ensure current and long-term food security.

There’s  nothing terribly new or contentious in making this link between the personal and planetary impacts of the modern American meal plan. But to suggest that it become part of federal policy with the high profile of the dietary guidelines is a different story.

In December, having got wind of the direction the advisory panel was heading, the House Appropriations Committee specifically directed that it back off. Here’s the relevant passage from a document it prepared in connection with its bill to fund the U.S. Department of Agriculture and related programs:

The Committee is concerned that the advisory committee for the 2015 Dietary Guidelines for Americans is considering issues outside of the nutritional focus of the panel. Specifically, the advisory committee is showing an interest in incorporating sustainability, climate change, and other environmental factors and production practices into their criteria for establishing the next dietary recommendations, which is clearly outside of the scope of the panel.

The Committee directs the Secretary to ensure that the advisory committee focuses only on nutrient and dietary recommendations based upon sound nutrition science and not pursue an environmental agenda. Should environmental or production  factors be included in the panel’s recommendations to USDA and the Department of Health and Human Services, the Committee expects the Secretary to reject their inclusion in the final 2015 Dietary Guidelines for Americans.

Noneheless, the advisory panel not only included its thoughts on environmental issues but spotlighted them in the executive summary, lest they be overlooked in the 500-plus pages that followed.

This did not sit well with the Rep. Robert Aderholt, the Alabama Republican who heads the appropriations subcommittee with authority over the USDA budget. According to the Washington Post,

“Chairman Aderholt is skeptical of the panel’s departure from utilizing sound science as the criteria for the guidelines,” according to Brian Rell, a spokesman. “Politically motivated issues such as taxes on certain foods and environmental sustainability are outside their purview.”

He warned that the panel committee would “keep this in mind” as it considers funding the agencies this spring.

And Barry Carpenter, head of the North American Meat Institute, weighed in with this:

The Dietary Guidelines Committee’s charter tasked them with reviewing nutrition science, which is the field from which Committee members were selected. The Committee’s foray into the murky waters of sustainability is well beyond its scope and expertise. It’s akin to having a dermatologist provide recommendations about cardiac care.

As they develop the final policy report, we urge the Agriculture Department and the Department of Health and Human Services to acknowledge lean meat’s role in a healthy diet and to undertake a careful review of the information about processed meats that was reviewed by the committee. Consumers should rely on common sense and make all meat and poultry a part of their healthy balanced diets with confidence.

On Tuesday, the meat institute amplified its objections by formally requesting an extension of the public-comment period on the panel’s report from 45 days to 120, the better to “register strong concerns about the committee’s contradictory recommendations to eat lower amounts of red and processed meat while at the same time saying in a footnote that lean meat can be part of a healthy, balanced diet. The Institute also objected to the Advisory Committee’s focus on sustainability, which is outside the committee’s charter.”

Right about now you may be wondering: Why is this such a big deal?

It’s not like the dietary guidelines are some kind of law. And if they were truly influential in shaping Americans’ eating habits, then it’s kind of hard to explain our ever-widening obesity epidemic and the rising rate of many diseases directly traceable to how we eat.

Should the meat producers really be worried that Americans who won’t cut back on burgers to shrink their waistlines will suddenly do so to shrink their environmental footprint?

I think they do have to worry, for at least three reasons:

The guidelines have had demonstrable influence on individual behavior, and sometimes quite a large one.

For one example, consider Americans’ consumption of eggs. It has been falling steadily since World War II, when it peaked at 421 per year per capita (!). But the decline accelerated after the 1960s, when the dietary guidelines advised us to cut back; according to the Washington Post, USDA data show that the warnings caused per capita consumption to fall by 30 percent.

The guidelines have an impact on institutional behavior, too.

You or I may decide we’re simply unwilling to give up our weekly porterhouse, but the nutritionists who set school-lunch menus – and a whole range of other institutional meal plans – don’t have that luxury.

Barry Carpenter isn’t worried about your grocery list and mine so much as what will happen in purchasing offices for, say, university food-service systems across the country.

The new guidelines come at a time of growing public interest in diets that serve both personal and planetary health.

How else to explain the popularity of books by Michael Pollan, Mark Bittman and others who point that shifting from animal- to plant-based foods improves health and promotes a better environment, while also saving money?

Certainly a large portion of the environmentalist community thinks these new guidelines are worth a significant advocacy effort. Thus a letter signed by more than 40 such groups, urging adoption of the panel’s expansive perspective:

There is a strong body of scientific evidence indicating that a diet with less meat and more plant-based foods is better for our health and the health of the planet. Heavy meat consumption, especially red and processed meat, is associated with increased risks of diet related disease (heart disease, diabetes and some cancers), while a range of plant-based diets are associated with a lower risk of these diseases.

Furthermore, how food is produced can undercut other aspects of public health by eroding the health of the broader environment in which we all live. The vast majority of animal products consumed in America today are produced with large quantities of energy-intensive inputs (like water, pesticides, fertilizers and fuel) and presents what the Pew Commission on Industrial Farm Animal Production characterizes as “… an unacceptable level of risk to public health and damage to the environment.” …

Now more than ever, it is important for our government to encourage Americans to consider the methods by which food is produced. More sustainable methods, including organic agriculture and well managed pasture-based livestock systems, promote soil quality, conserve freshwater and other natural resources, promote agricultural biodiversity (which can conserve variation in micronutrient availability), and protect pollinators and other beneficial organisms. Sustainable food production can also provide adequate livelihood and good working conditions for farmers and other workers throughout the food system.

So it looks like we’re in for a food fight, folks.