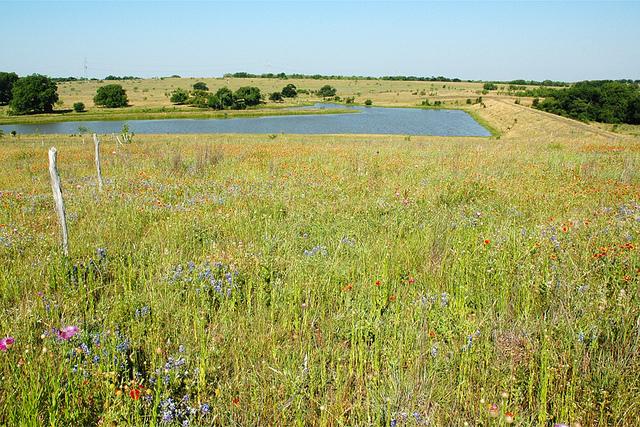 USDA
Environmental Working Group’s report characterizes a stream buffer rule as the “low-hanging fruit” that Iowa can seize to quickly begin reversing the agricultural pollution of its waterways.

As Minnesotans await the fine print on Gov. Mark Dayton’s push to require runoff-filtering buffer strips at the borders of all state waters – and as various farm groups plot their lobbying campaign against it – a brand-new study from Iowa offers some important, ground-truthed findings on probable impacts.

Contrary to assumptions that a serious effort on buffers would heavily burden farmers by taking huge amounts of land out of production, says the report from the Environmental Working Group, aerial surveys and land-use analysis in five representative Iowa counties show that such a program would affect “only a handful of growers and a minuscule number of acres.”

The analysis considered the impact of 50-foot buffers, the size most frequently mentioned in discussion of Dayton’s initiative, but also a narrower and a wider alternative. Regardless of buffer size, the amount of land most farmers would have to idle was less than 1 acre out of holdings that averaged more than 125 acres.

It’s on the basis of that minimal disturbance that EWG’s report characterizes a stream buffer rule as the “low-hanging fruit” that Iowa can seize to quickly begin reversing the agricultural pollution of its waterways.

In laying out his proposal last month, Dayton said that establishing 50-foot buffers between cultivated fields and the state’s lakes, streams and rivers would mean conversion of about 125,000 acres from crops to grassy perennials.

That sounds like a lot of land, and so far as I can determine, nobody covering the story has yet probed below the surface of predictably agro-centric observations like the comments Doug Busselman, public policy director for the Minnesota Farm Bureau, shared with Sam Cook of the Duluth News Tribune.

Hardship for how many?

Paraphrasing Busselman, Cook reported his view “that the governor’s proposal would be a hardship for many of the group’s 30,000 members.”

Then, quoting him directly, Cook presented Busselman’s view that “In many cases where there are buffer requirements, now it’s 16½ feet and now you’d be going to 50 and that’s going to take considerable land out of production.”

“We have concerns over the one-size-fits-all nature of the governor’s particular proposal. …  There’s also a property rights issue that seems to be missed in all of this. It’s somewhat akin to the governor saying, ‘Let’s take the front 20 feet of your lawn and let anyone walk on it.’ ”

Some pretty good sloganeering there, I have to admit.

But I do hope that when Busselman and his allied ag lobbyists get their turn to testify at the Legislature on Dayton’s proposal, somebody offers them the opportunity to explain in some depth how such an apparently trivial burden on most Iowa farmers becomes so onerous when applied one state to the north.

Again, from the report:

The analysis showed that requiring a 50-foot buffer would affect only 11 percent of the landowners in those five counties – ranging from 8 percent in Linn County to 15 percent in Plymouth County. Moreover, only 0.12 percent of the corn and soybean row crop acreage would have to be replaced by permanent vegetation to meet a 50-foot requirement. Fully 71 percent of the affected landowners would only have to convert an acre or less to meet that standard.

In addition to Linn and Plymouth, the other counties studied (and scattered across Iowa) were Allamakee, Hamilton and Union; an interactive map is available here. Are the broad patterns of land ownership and farming practices so very different there than here?

If so, perhaps the Farm Bureau would like to go to school on EWG’s report and prepare its own detailed analysis. Why not collate aerial photography, GIS mapping data and land-ownership records to prove its case?

Actually, there is one big difference between our state and Iowa on riparian buffers in agriculture, and it’s one that is actually highlighted by EWG as a point of Minnesota pride.

In our state, long-settled law already requires a 50-foot buffer – a “grass filter strip,” in the words of the Minnesota Department of Agriculture’s guidance page – where cropland meets a lake, stream or river.

Enforcement, however, is another matter – inconsistent across much of the state, virtually nonexistent in some areas.

(As for the 16½-foot buffer rule mentioned by Busselman, it actually applies to ditches, and only certain ditches; here, too, enforcement has fallen significantly short of vigorous. Should 16½ feet strike you as a peculiarly precise requirement, we are speaking here of a venerable land-measurement unit, the rod, which gives you an idea of the rule’s antiquity.)

An earlier EWG study, published last April, looked at a region of southern Minnesota and found that only 18 percent of waterways subject to the 50-foot buffer requirement were in full compliance with it. In nearly twice as many – 35 percent –less than 70 percent of the legally required buffer acreage was in place.

I suppose we can understand, without endorsing, the chagrin that some farmers will feel at finally being held to account on a requirement that has been so widely overlooked for so long.

Long enough that even the agriculture commissioner, Dave Frederickson, may have felt he was making a noncontroversial point at December’s pheasant summit when he suggested that it might be time to face reality and simply scrap the much-ignored rule.

Thankfully, his boss has decided to go in the opposite direction, and to transfer state-level responsibility for implementation and enforcement to the DNR. It’s about time.

Minnesota and Iowa both have seen considerable buffer land go back into crop production in recent years as farmers have taken it back out of the national Conservation Reserve Program and similar efforts.

In Minnesota, from 2006 to 2013, the Department of Natural Resources estimates that 600,000 acres of former CRP land went back into cultivation.

That’s right: Four times the amount of new buffer that Dayton’s proposal would take out of crop production has already gone back into production in less than a decade.

Both states, too, have serious and longstanding problems with phosphorus and nitrate pollution of public waterways from agricultural sources. In addition to the impacts on aquatic ecosystems — the growing problem of large blue-green algal blooms, for just one example — the degraded water quality imposes downstream treatment costs on communities that draw their drinking water from polluted sources.

As the EWG report says of Iowa, though it could say the same of Minnesota:

The prospect of enacting a streamside buffer standard raises the most important policy issue facing Iowans tired of dirty water: What’s fair to  expect landowners to do at their own cost as part  of the responsibilities that come with the rights of ownership?

Landowners are expected to be good citizens – to fence their cattle out of their neighbors’ land, control noxious weeds before they spread to others’ fields and make sure that their herbicide sprays don’t damage nearby crops.

Why shouldn’t there be a similar standard of care to protect those who live downstream? It is unfair and bad policy to expect taxpayers to foot the bill for everything that farm operations need to do to clean up Iowa’s streams and rivers.

Well said, but I feel that Mark Dayton has put it more succinctly, and memorably:

The land might be yours, but the water belongs to all of us.