Yes, Walt Palmer has behaved disgustingly and deserves the scorn being piled about his person and his Bloomington dental office. Maybe he merits prosecution as well.

But let’s keep our eye on the ball, shall we? Though it’s been mentioned this week only in passing, if at all, the lions of the African plain are in steep decline, such that some scientists suggest they could vanish from the wild by mid-century.

And the problem is much bigger than a few well-heeled poachers here and there. Consider:

One small reason, I guess, to consider that Cecil’s killing may have served a purpose after all. 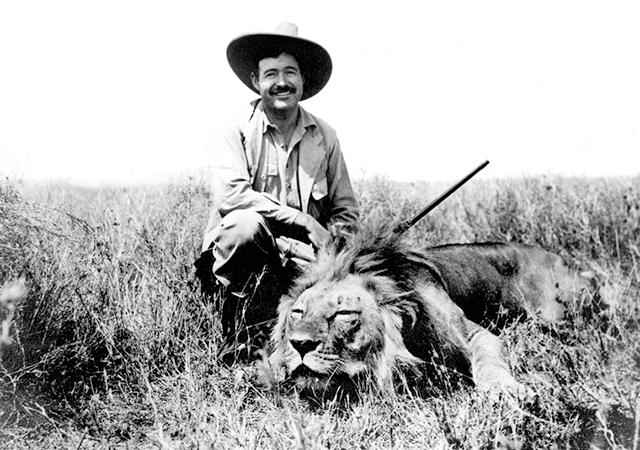 Not much seems to have changed in the appetite for triumphal photos, or in their staging, among big-game enthusiasts since Ernest Hemingway had this picture made in January 1934.

Walt Palmer has amassed quite a collection, and thanks to the UK Mirror, you can see him posing with Cecil and many other trophy animals, from bison to leopard to rhino.

When Hemingway shot his lion, they were thought to number 200,000 or more in Africa and their range covered most of the continent. There were large populations across Turkey, India and southwest Asia, too, but no longer. (If you go back far enough in time, you find them throughout much of Europe and the Americas as well.)

Lions are now extinct in north Africa, according to the respected International Union for the Conservation of Nature and Natural Resources, and headed rapidly that way in west Africa. Across 60-some territories scattered around southern and eastern Africa, IUCN’s current status summary reports a projected current population of fewer than 20,000.

In 47 population groups that have been monitored most closely, the aggregate number fell by 42 percent between 1993 and 2014 – a period representing three lion generations – to just 7,500, with the most important pressures being “indiscriminate killing in defence of life and livestock, habitat loss, prey base depletion, bushmeat trade and poorly regulated sport hunting.”

There were interesting variations by region and protection status:

Citing research by the University of Minnesota’s Craig Packer, the IUCN report concludes that trophy hunting can potentially be managed in ways that help lion populations stabilize and grow sustainably, while creating a funding source for stewardship programs – but that excessive killing is often allowed, with opposite results.

Indeed, one study in the vicinity of Zimbabwe’s Hwange National Park, where Cecil was living until lured into ambush, determined that “trophy hunting outside the park had an alarming impact on lion numbers and population structure within the park.” According to the Oxford University research team,

Each removal of a male lion by hunters on the borders of the park created a ‘territorial vacuum’ which drew males from further inside the protected area into boundary areas, where they too became vulnerable to hunters. This is a well-documented biological phenomenon amongst territorial animals, but this was the first time it had been rigorously recorded in lions.

As a direct and immediate result of the research findings, Zimbabwe Parks and Wildlife Management Authority (Zimparks) imposed a complete moratorium on trophy hunting around the park from 2005-08. This enabled the researchers to record an almost exact reversal of the vacuum effect observed between 1999 and 2004. The lion population increased by 50% and the skewed population structure, caused by excessive off-takes of adult males, disappeared.

I discussed the hunting-as-a-force-for-good construct with Packer a while back and he was unpersuaded, especially on the funding aspect:

They only charge about $10,000 to shoot a lion, and $10,000 is nothing. It’s really quite shocking how cheap it is to shoot a lion and how little revenue it generates for the management of these lands. And almost none of it comes back to local communities.

Further, there’s been a lot of research on whether lions in these hunting blocs have been well conserved. All the data we see suggests that positive impacts by trophy hunting companies are very limited. The majority of hunting areas have been over-hunted and this has contributed to the overall downward population trend.

His provocative (but admittedly expensive and impractical) alternative idea: protect some remaining populations behind 10-foot-high, electrified, theft-proof fences that keep lions from threatening villages, and villagers from killing lions pre-emptively or in retaliation for an attack.

Since the Palmer story broke it has been reported in a few places that lions are protected under the U.S. Endangered Species Act, but that is premature.

What is true is that the U.S. Fish and Wildlife Service proposed last October to classify the African lion as a threatened species, because of the population declines discussed above. 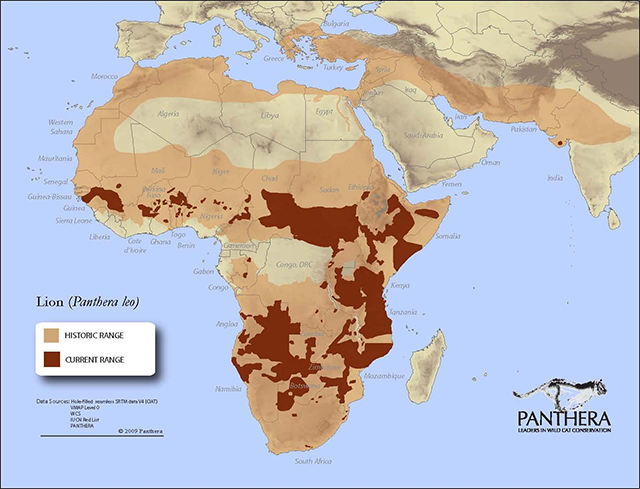 The chief way ESA protections are applied to other countries’ game animals is to prohibit import of their body parts or products – you get to keep your snapshot, but the head/hide/horns/tusks stay behind.

Since Americans are estimated to make up 60 percent of the African lion-hunting trade, this could theoretically have a significant impact. But don’t hold your breath.

Because the proposal is to give the lion “threatened” rather than “endangered” status, Fish and Wildlife can allow “the importation of sport-hunted lion trophies from countries with established conservation programs and well-managed lion populations.”

It’s not hard to imagine Zimbabwe meeting those standards, given the 2005-2008 moratorium and the species recovery it produced; also, its apparent willingness to prosecute Walt Palmer’s guides for various infractions. And the service is said to be sympathetic to the notion that American sporting dollars are a force for good in African lion conservation.

In which case Palmer could go after another African lion even with ESA protections in place, and if he took a little more care as to where he did the killing, he’d be free to fly home with his prizes – instead  of leaving them, as he had to leave Cecil’s remains, in the land where they’ve always belonged.

Africa’s lions are in steep decline, and the problem is bigger than poaching