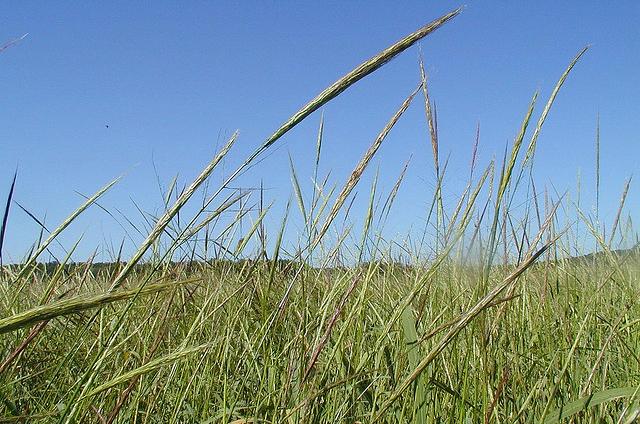 CC/Flickr/Eli Sagor
Recent laws that prevent the MPCA from enforcing the wild rice sulfate standard were cited as evidence that “mining interests have an undue influence on Minnesota.”

As Minnesota moves toward completing environmental review of Polymet Mining Co.’s NorthMet copper/nickel project later this year, brace yourself for the constant refrain from mining companies, industry regulators and supportive elected officials at all levels:

Large-scale mining of sulfide ores may be new to this state, but Minnesotans can rest assured that it will be done without damage to our treasured north woods. No mining permits will be issued unless the applicants comply with all the laws and rules that make Minnesota a national leader in protecting the air, the water and the forests – with decades of problem-free taconite mining to show for its efforts.

There are compelling counter-narratives, of course, and it might be hard to find one more on point than the petition filed this month by Paula Maccabee and Water Legacy with the U.S. Environmental Protection Agency.

Its claim: Regulation of taconite mining’s water pollution has been so weak for so long that EPA should reverse its longstanding delegation of enforcement responsibility to the Minnesota Pollution Control Agency, and take the Clean Water Act back into federal hands.

Also: In multiple instances where the MPCA’s approach hasn’t been sufficiently relaxed to suit the mining industry, Iron Range legislators have been able to deliver even more favorable treatment by simply rewriting inconvenient portions of state law.

It’s impossible to gauge at this point the chances of persuading the EPA to take back its authority over Minnesota mining, and more about that later, but it would be a mistake to dismiss this challenge as fanciful.

And the regulatory shortcomings detailed in the new petition’s 30 pages are numerous and substantial. They ought to be troubling even to Minnesotans who think a new precious-metals industry at the edge of treasured wilderness sounds like a good idea.

This is your basic set of rules saying that an industrial operation can discharge pollutants into public waters – but only so much of them, only for so long, only if it obtains and complies with a permit for the discharges.

Under authority delegated by EPA, MPCA is responsible for evaluating new and renewed permits for Minnesota pollution sources, including a range of taconite facilities from mine pits and processing plants to tailings sites and treatment facilities.

In general, the permits are supposed to be good for five years, although there is some flexibility if the permit holder is generally meeting standards and making a good faith effort to stay current.

MPCA is also responsible for making sure that the permits are doing an effective job of protecting the water resources covered by the permits.

In all phases of this system, Water Legacy asserts, MPCA’s performance has been faulty. So faulty, in some cases, that EPA has negotiated specific agreements for the agency to improve that performance – only to see MPCA fall short of those requirements, too.

Although Minnesota Department of Natural Resources (MDNR) and MPCA investigations indicate mining discharges have resulted in the impairment of fish and macroinvertebrates, MPCA does not do a reasonable potential analysis to determine whether mining pollutants have the reasonable potential to violate Minnesota’s standards that protect aquatic life.

In the few NPDES permits MPCA has completed with respect to mining projects, MPCA uses variances and schedules of compliance to avoid or delay effluent control.

Regulated dischargers are routinely contributing pollutants, including sulfate, bicarbonates, dissolved salts, specific conductivity and metals, such as copper, nickel and mercury, to both immediate and downstream receiving waters.

MPCA and the EPA agreed in 2013 that Minnesota had a significant problem with expired and out-of-date NPDES permits. Despite a formal agreement with EPA, MPCA has made virtually no progress in addressing the backlog of out-of-date mining permits.

In addition, Minnesota has recently passed laws that preclude the MPCA’s compliance with the Clean Water Act in enforcing Minnesota’s wild rice sulfate standard and in listing wild rice waters impaired due to sulfate in excess of Minnesota’s water quality standard. Recent events have demonstrated that mining interests have an undue influence on Minnesota decisions critical to the efficacy of the NPDES program. Mining industry influence over Minnesota officials is pervasive and undermines the ability of the state to act in conformity with Clean Water Act pollution control requirements.

Naturally I wanted to know MPCA’s side of the story, but the agency is choosing not to get into a substantive discussion of the petition. Instead, it offered this statement attributed to assistant commissioner Rebecca Flood and quoted in full:

Water Legacy has made a number of assertions in their petition. Our work is regularly under review and critique by the EPA. They will  determine the credibility of these assertions and if they need exploration we will fully participate in that discussion. Until EPA makes that determination, we are confident in our permitting and regulatory work to protect air, water, land and human health in Minnesota.

What I really wanted to hear was MPCA’s defense, if any, to Maccabee’s claims regarding the backlog of expired permits.

The petition quotes an EPA finding in January 2013 that 48 NPDES permits held by Minnesota mining operations had expired and therefore “may not contain all of the effluent limitations and other conditions needed to protect water quality.” Three more were set to expire that year.

By April 2013, the agencies had negotiated an agreement that required the MPCA to reduce the permits backlog by 20 percent per year until it was eliminated by July 1, 2018.

But based on a public-records check, MPCA has made “virtually no progress” on keeping that commitment: None of the top-priority expired permits had reached even the draft state for a new permit, and specific pledges concerning critical permits at Minntac and Mesabi Nugget hadn’t been kept.

I asked Maccabee if she knew of instances where EPA had been persuaded to revoke previously delegated authority to administer the Clean Water Act. She said EPA’s more likely response would be to require corrective actions by the MPCA, and that MPCA would be unlikely to reject them.

On the other hand, there looks to be a record here of MPCA accepting corrective measures but not actually doing the work. And the overlay of legislative interference ought to be even more troubling to EPA: What’s the use of applying performance standards to an agency if the state legislature stands ready to curb its powers to comply?

Under the Clean Water Act, EPA is required to take certain steps in response to petitions like Water Legacy’s, including public hearings on a fairly brisk timetable.

One way or another, it seems possible that tougher water-quality enforcement could be in prospect for Minnesota’s mining industry, even before any expansion into sulfide ores and their precious-metals content.

And there may even be an outside chance that our mining industry and its legislative pals may  succeed in replacing a regulatory approach they don’t respect with one they can no longer manipulate.