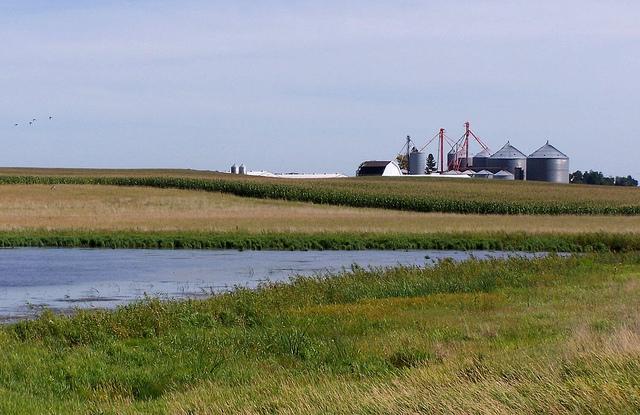 CC/Flickr/Plains and Prairie Potholes Landscape Conservation
On buffers, there are plentiful examples of landowners doing the right thing without threat of prosecution.

Has Minnesota’s chronic underperformance on protecting public waters with buffer strips been a problem of over-ambitious goals, weakness in the law or lax enforcement in the face of landowner resistance?

As the state begins an ambitiously revamped buffers program, the answer matters. And if you’ve understood past problems to lie primarily in the enforcement realm, then we share in what I heard described recently — and authoritatively — as a widespread misconception.

Speaking at an Environmental Initiative forum on the water-quality impacts of agriculture, Sarah Strommen, who manages the Minnesota Department of Natural Resources’ side of the new buffer initiative, said it has been commonly believed (and reflected in news coverage) that state law has long required 16½-foot buffers along public drainage ditches and 50-footers beside most lakes and streams.

In fact, she said, about 80 percent of the public ditches in Minnesota’s agricultural counties – and nearly two-thirds of watercourses overall – hadn’t been subject to buffer requirements prior to enactment of Gov. Mark Dayton’s landmark program this year.

Being among the scribblers who had helped to perpetuate this misreading of the regulatory history, I made a note to learn more and stop repeating the error. And then it occurred to me to wonder:

What else may be poorly understood about the new buffers program, and the past deficiencies it aims to correct?

So on Thursday I put that question to Strommen and to John Jaschke, who heads the state Board of Water and Soil Resources, the agency that will have the primary enforcement authority role on buffers going forward.

Because matters of compliance and enforcement are so crucial, we began by digging into why things didn’t go better under the old system – and why they’re likely to improve with the new one.

Limits of the old laws

“The problem was really with the laws being inadequate to get buffers in place,” Jaschke said. “There were some laws requiring some buffers in some cases, in some places.”

For public ditches, he explained, there was indeed a 1977 statute requiring that a one-rod buffer strip be left uncultivated – but it only applied after the county, watershed district or other local ditch authority had gone through a proceeding known as a “redetermination of benefits.”

These proceedings establish whose land benefits from the ditch, and whose has been harmed, and how costs and compensation should be apportioned among landowners. Not surprisingly, it’s a process that can take some time and doesn’t necessarily foster enthusiasm.

“In the case of Freeborn County, they very systematically took that on and made determinations for all their ditches, and established one-rod buffers for them,” Jaschke said. “But overall, the rate of progress has been 20 percent over the last 38 years – so the projection was, this will take 150 years to complete under that system.” 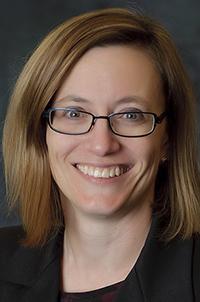 As for lakes and streams, Strommen explained, there was a state rule requiring 50-foot protective buffers in most cases. But the requirements weren’t officially applied, or enforceable, until enactment of local zoning ordinances.

In egregious cases, Jaschke said, it was always possible to prosecute bad behavior in the buffer zone. But that required action by the county attorney, “and county attorneys typically have their hands full with so many other things.”

Nevertheless – and this is the really good news from Jaschke’s and Strommen’s point of view – there are plentiful examples of landowners doing the right thing without threat of prosecution. Jaschke again:

There were six counties we looked at more carefully than others because they undertook a more systematic implementation of shoreland buffers, and they had compliance rates in the upper 90 percent range because they were able to get people good information about how to take care of the requirement.

Enforcement is important, but in the end it’s a very small portion of the work. More comes from giving people information and assistance to get the work accomplished.

In Olmsted County, I think they contacted 470-some landowners and they ended up with only about three where they had to take some kind of action to get compliance.

About ‘one size fits all’

I asked about the frequent refrain from certain ag quarters during the legislative session that the Dayton plan was a “one size fits all” approach, too inflexible to address the diversity of protection needs across the landscape.

Jaschke said that while buffers are the default requirement – and an effective tool against soil erosion and sedimentation, still, despite “being kind of a 1940s technology” – other options can be used where they make more sense.

In some places we’re not ever going to get the stream bank stable with just roots, because the bank is very high or there’s high velocity in the stream. Some people use rock, that’s common, but we could be using more bioengineered techniques. …

And there may be places where the issue is filtering runoff better than a buffer can do, subsurface techniques that use, say, wood chips to de-nitrify water before it goes into the stream. These are different techniques that are being tried in real places, with real results.

None of them are on the front edge of being fully certified or widely adopted, but there’s always room on the landscape to try new practices as long as we’ve got a good design and a little money to help it happen.

And Strommen pointed out that the program includes substantial new funding for riparian protection from Legacy Amendment revenues; additional money may become available through bonding and state/federal conservation efforts such as the Conservation Reserve Enhancement program.

The new law retains local enforcement options if officials want to exercise them, Jaschke said; what’s different is that, should those efforts prove insufficient, his agency can step in. In addition, the new law creates the possibility of civil enforcement (and penalties) by county administrators or conservation district as an alternative to cumbersome criminal proceedings.

And the redetermination-of-benefits process will continue, Strommen noted. But it no longer must precede application of the buffer rules to a particular system of drainage ditches.

This decoupling of the of the two steps means that “the landowner is responsible for putting in the buffer regardless, and when they’re ready to do it – they don’t have to wait for the system,” she said. “And the redetermination of benefits can come later – possibly resulting in some financial assistance for the work they’ve done.”

And the new law also applies statewide the provisions of a little-used, county-option soil erosion statute that empowered counties to take action in cases where excessive soil erosion resulting from poor management practices was damaging public waters or other landowners’ property.

Only five counties, all in southeastern Minnesota, bothered to “opt in” and only two ever tried to use its enforcement provisions, Jaschke said. Now all counties have the power to take action in such extreme cases, and also have the option to pursue civil enforcement instead of criminal prosecution.

“People will view new law this as a centralized response,” Jaschke said, “but from the very beginning there’s been emphasis on keeping the local approach through the soil and water conservation districts.

“They’re in every county, they work with landowners, they’ve been doing it for decades, building relationships conservation districts. And that’s going to be the most important part of this going forward: having local experts help landowners figure out how to comply, offering technical assistance and helping them to do it themselves.”