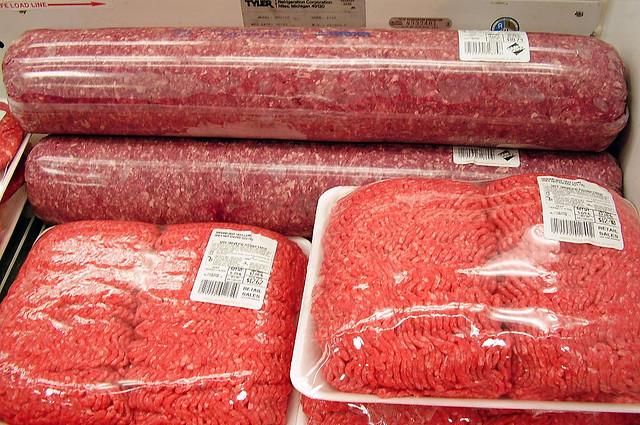 I love a good grilled hamburger as much as anybody, but after reading the results of a Consumer Reports investigation published today I believe I have bought my last ground beef.

CR’s legendary lab tested 300 samples from a wide range of producers and retailers around the country and found bacterial contamination capable of causing human illness in every last one.

It gets worse: Nearly one in five samples – 18 percent – of  conventionally produced ground beef carried “superbugs” resistant to multiple antibiotics.

For you eco-minded shoppers who buy beef labeled as grass-fed, organic, antibiotic-free  or otherwise “sustainable” in CR’s definition, there’s some slight comfort: Superbugs turned up in these samples at only half the rate of conventional beef.

But 9 percent is not nothing. To paraphrase E.B. White, the correct acceptable amount of superbug contamination in my burger is no contamination.

Now I know it’s hardly a revelation that beef in its ground form carries a higher risk of foodborne illness than steaks, roasts and other whole cuts. Mostly this is because of how it’s produced – by mixing meat and trimmings from multiple animals, and distributing any surface contamination throughout the product – but also, in part, because of how it’s typically handled at home.

(Did you scrub under your nails or put on polyethylene gloves before kneading in your spices and shaping your patties? I didn’t think so.)

Nor is it news that most of the bacteria creating this risk can be killed by cooking ground beef to an internal temperature of 160 degrees.

You may find that appetizing. For me, 160 is acceptable in a meat loaf, but only  barely; for burgers, rare to medium-rare is my guideline at home and medium my grudging upper limit when I dine out and there’s nothing better-looking on the menu.

According to CR, this preference places me in the company of  28 percent of Americans who like ground beef considered by the Centers for Disease Control and Prevention to be “raw or undercooked.” Happily, it has not yet placed me in the hospital, as it seems to be doing to my fellow Americans with rising frequency:

Between 2003 and 2012, there were almost 80 outbreaks of E. coli O157 due to tainted beef, sickening 1,144 people, putting 316 in the hospital, and killing five. Ground beef was the source of the majority of those outbreaks. And incidences of food poisoning are vastly underreported.

“For every case of E. coli O157 that we hear about, we estimate that another 26 cases actually occur,” [CDC epidemiologist Hannah] Gould says. She also reports that beef is the fourth most common cause of salmonella outbreaks — one of the most common foodborne illnesses in the U.S. — and for each reported illness caused by that bacteria, an estimated 29 other people are infected.

In its ground beef tests, the CR lab looked for five common types of foodborne bacteria, including salmonella and seven different variants of Escherichia coli.

(Among these was E. coli O157, which CR says “damages the lining of the intestine, often leading to abdominal cramps, bloody diarrhea, vomiting, and in some cases, life-threatening kidney damage.” Strain O157:H7 is the strain that led to a Denver producer’s recall last month of 13.5 tons of ground beef and tenderized steak products, apparently before any of it made anybody really sick.)

Rounding out the list were Clostridium perfringens, Enterococcus and Staphylococcus aureus. Key findings:

·       Only 1 percent of the samples carried salmonella. But as CR’s director of food safety and sustainability, Urvashi Rangan, noted, 1 percent multiplied by the 4.6 billion pounds of ground beef consumed in the U.S. last year is “a lot of burgers with the potential to make you sick.” In an average year, CR says, 1.2 million people get sick and 450 die from salmonella (that’s from all sources, not just ground beef).

CR has a number of policy recommendations to offer, starting with reforms in our system of meat production and inspection to eliminate a wide range of unwholesome practices and promote earlier detections of problems. (These don’t get much attention in the magazine article but are covered at length in an accompanying report, which I don’t recommend you read with a queasy  stomach.)

For consumers, though, the options CR offers are limited to 1) buying your ground beef from sustainable producers, 2) cooking everything to a minimum of 160 degrees, or 3) eating something else entirely.

In support of the first option, CR’s full report offers some eye-opening guidance to labeling mischief, classifying common logos and branding terms into four categories from “highly meaningful” to “not meaningful” (with beef marked “natural” in the last tier; CR is campaigning to ban that usage from the marketplace).

Shifting to sustainable beef is a way to cast your vote for many positive things environmentally as well as for better personal health, but with just 3 percent of today’s ground beef coming from such sources, it’s not clear this can make a big difference anytime soon.

As for changes in cooking practice, CR offers four tested ways of bringing a burger to 160 degrees while keeping it tasty, including the newly rediscovered and trendy sous vide approach. None of the results looked very appealing to this cook except perhaps the ultraslow sous vide, for which I currently lack time, patience and interest.

Giving up beef for other foods is a good idea for many reasons, and like Americans generally, I’ve been eating less of it in recent years. U.S. consumption is down to 50 pounds per capita now, CR reports, and I think mine is probably half that.

However, the ground beef share of Americans’ beef purchases has been climbing – from 42 percent a decade ago to 50 percent now – and CR has shown that to be a less than healthy trend.

Three glum alternatives, those, but as I pondered them I hit upon a fourth that I’m surprised CR didn’t seem to consider: Grind your own!

I’ve done this routinely when making meat loaves of beef/pork/lamb, or trying out fancy chili variations or making artisan sausages, and the time/trouble factor is minimal with either a hand-cranked or electric model.

Provided the home-ground beef is handled carefully and cooked right away, it should carry no more contamination risk than the whole cut(s) it’s made from. (Here’s Sunset magazine’s take on the question, including a tip on a quick blanching to kill surface germs.)

Depending on the cut you start with and how carefully you trim it, the overall quality could be higher and the fat content lower than the best beef you can buy pre-ground. It might even be cheaper.

Anyway, I sent a query about this to CR but haven’t heard back yet; if I do, I’ll post an update. Meanwhile I’m putting a nice piece of chuck or arm roast on this week’s grocery list, along with some good buns.

I’ve bought my last ground beef, people, but that doesn’t have to mean I’ve grilled my last burger.