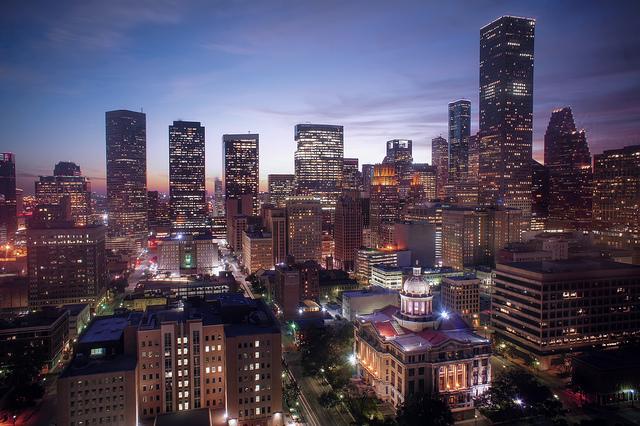 Unless you’re a specialist in tropical disease, or have a close connection to the Texas Gulf Coast, it’s quite likely you’ve never heard of chagas, a parasitic infection estimated to cause economic losses of a billion bucks a year in the United States.

Until recently, chagas was associated with the poorer parts of Central America. But that’s rapidly changing, according to an excellent and eye-opening feature in Mosaic, the online science magazine published by the UK’s Wellcome Trust:

For half a day each week, one wing of the Smith Clinic’s third floor in Houston is transformed into a tropical medicine clinic, treating all manner of infectious diseases for anyone who walks through the door. Since it opened in 2011, [Dr. Laila] Woc-Colburn and her colleagues have treated everything from dengue and chikungunya to river blindness and cutaneous leishmaniasis.

Their patients are not globetrotting travellers, bringing exotic diseases back home. The Smith Clinic is a safety net provider, the last resort for healthcare for people on low incomes and without insurance. Many of their patients haven’t left the Houston area for years.

This suggests that what Woc-Colburn sees in the clinic may be just the leading edge of a gathering crisis. Diseases once associated with ‘elsewhere’ are increasingly being found in the southern states of the USA. Infectious disease physician Peter Hotez was so concerned that he founded a school of tropical medicine at the Baylor College of Medicine in Houston, well within the territory that Hotez argues is one of the world’s ten hotspots for so-called neglected tropical diseases [NTDs].

You read that right: As a battleground against these NTDs, the Houston region and an adjoining portion of Mexico are now ranked with places like sub-Saharan Africa, the Amazonian region of South America, and the rural provinces of southwestern China.

The region’s fertile black soils can’t filter waste effectively, but most residents can’t afford the expensive septic systems required to solve the problem cleanly. Instead, they simply buy as much pipe as they can afford and run it from their toilet to the back of their yards, where the waste collects. The hilly terrain means that rain and flooding spread the waste over the ground – perfect conditions for spreading hookworm.

Hookworm is back, too

You read that right, too: Hookworm is back, and in a big way.

Actually, it may never have gone away. Studies undertaken during the Depression showed that in Alabama counties with large black populations, perhaps 41 percent of residents were infected. But by the 1950s the rate seemed to have fallen to about 15 percent, and then we just quit counting.

As for roundworm, another parasite you might consign to history, some 2.8 million African-Americans are thought to be infected today.

But it’s the newcomer chagas that holds the starring role in Arnold’s narrative: A heart-destroying infection spread almost silently in the feces of “kissing bugs” (because they bite people near their mouths), it kills about 11,000 people a year in Central America.

Its prevalence and toll in Texas are harder to gauge because chagas didn’t join the public-health list of reportable diseases until 2013. And that has joined with other factors,  Arnold suggests, to create a “perfect storm” for NTDs to flourish in the southern portions of a first-world country:

The climate is warm and moist (and becoming more so), the population of poor people is growing rapidly, and global travel continues to grow. Meanwhile, NTDs attract few medical specialists and for some – like chagas – the drugs needed for treatment aren’t approved for normal use in the U.S.; they must be obtained via “research protocol” from the Centers for Disease Control and Prevention.

The headlines on Arnold’s piece pose two questions that the text leaves unanswered: “Can America cope with a resurgence of tropical disease?” and “Is America today complacent about a rising wave of infectious disease?”

To my eyes, the complacency answer seems clear – and the coping capability a matter we dare not take for granted.

It’s a special but usually solitary pleasure of my work to turn up important journalism in publications that are somewhat off the well-traveled paths of environment-minded readers.

So I wanted to put Carrie Arnold’s on your weekend reading list, and here are two more:

Describing C8 as “the tobacco of the chemical industry – a substance whose health effects were the subject of a decades-long corporate cover-up,” Lerner writes that the litigation could have an impact rivaling the national settlement with cigarette companies:

A man-made compound that didn’t exist a century ago, C8 is in the blood of 99.7 percent of Americans, according to a 2007 analysis of data from the Centers for Disease Control, as well as in newborn human babies, breast milk, and umbilical cord blood.

Although DuPont no longer uses C8, fully removing the chemical from all the bodies of water and bloodstreams it pollutes is now impossible. And, because it is so chemically stable — in fact, as far as scientists can determine, it never breaks down — C8 is expected to remain on the planet well after humans are gone from it.

Eight companies are responsible for C8 contamination in the U.S. (In addition to DuPont, the leader by far in terms of both use and emissions, seven others had a role, including 3M, which produced C8 and sold it to DuPont for years.) If these polluters were ever forced to clean up the chemical, which has been detected by the EPA 716 times across water systems in 29 states, and in some areas may be present at dangerous levels, the costs could be astronomical — and C8 cases could enter the storied realm of tobacco litigation, forever changing how the public thinks about these products and how a powerful industry does business.

Much of the background and scene-setting will be old news to folks who have followed this issue for a while, but Morris places special emphasis on the question of why U.S. regulators have been so slow to address substances so obviously harmful to these critical pollinators:

In 1972, revisions to the Federal Insecticide, Fungicide and Rodenticide Act placed the responsibility on manufacturers to provide the safety data for the products they make, the idea being that American taxpayers should not cover the bill for tests done to products that financially benefit private companies. In practice, what this means is that the studies provided to the EPA when a product is up for approval are, by law, generated and submitted by the manufacturer of that product. …

Also of concern then is the fact that agrochemical companies are not only responsible for reporting how much environmental exposure a pesticide might have, they’re likewise responsible for submitting to the EPA’s review the lethal dose for non-target organisms — what amount it would take to kill 50 percent of a population. “It’s the fox guarding the henhouse,” says Ramon Seidler, a former senior research scientist in charge of the GMO Biosafety Research Program at the EPA. “And the fox is the one collecting the eggs and bringing them to the regulators.”

Even if the EPA wanted to test a product itself, the agency isn’t set up that way. EPA scientists are meant to review studies conducted by others (including independent research), not to conduct studies themselves. It can take the agency two to three years to do a full review of a commercial product. “And with 80,000-some-odd of these chemicals to do?” says Seidler. “My God, it’s an impossible task.”

In Houston, ‘perfect storm’ for infection is bringing third-world disease to U.S.