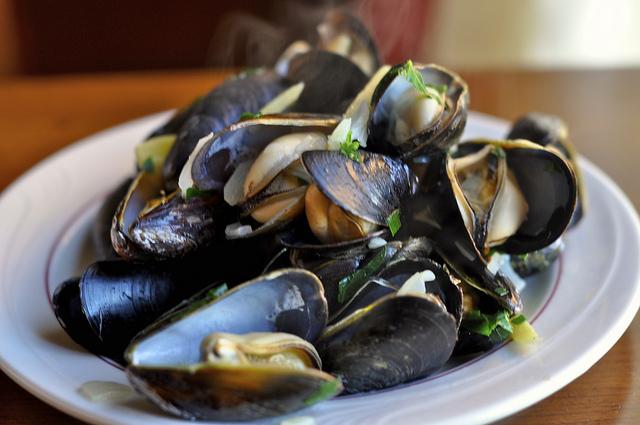 What if you could make a sofa fire-resistant without chemicals linked to myriad environmental and human health problems – from developmental disorders in toddlers, to fertility disruption in adults, to a troubling pattern of cancers among firefighters?

In the four decades since California changed manufacturing practices nationwide by requiring that foam-filled furniture, mattresses, infant clothes and other products be treated with flame retardants, policymakers and legislators have struggled with a difficult trade-off.

In recent years, firefighters have complicated the policy debate by making a potent case in Minnesota and other states (including California) that some of the retardants used in upholstered furniture aren’t nearly as effective as people like to think.

They argue that it’s time to modernize an approach in which manufacturers build their cushions  to pass California flammability tests without any effective oversight of the chemicals they use to get there, or assurance of real-world benefits.

Meanwhile, studies show that flame retardants have become a widespread contaminant in coastal ecosystems [PDF] as well, with significant concentrations found throughout the bivalves, fish and mammals of their food webs.

As manufacturers struggle toward new methods that supplant some portion of the standard halogen- or bromine-based retardants with, for example, certain fire-resistant natural oils, a chemical engineering team at the University of Texas announced last week that it has come up with an even simpler solution:

A completely natural and cheaply synthesized substance that outperforms traditional retardants  (at least at laboratory scale) and can be applied to the outside of a polyurethane foam cushion rather than larded through it. Because the layer is very thin and flexible, it carries the side benefit of a 20 to 30 percent reduction in the cushions’ weight.

A cousin to neurotransmitter

The substance is known as polydopamine, and if that sounds to you like some kind of brain chemical associated with pleasure, addiction and Parkinson’s disease, you are on the right track.

A chemical cousin to the neurotransmitter dopamine, polydopamine is essential to the well-being of common mussels – not because it regulates their moods or enables them to enjoy cocaine, cigarettes and video games, but because it sticks to pretty much anything.

When mussels secrete polydopamine from their feet, they can cling indefinitely not only to rocks being battered by saltwater surf, but “to virtually any surface, including Teflon, the material used in nonstick cookware.”

Stickiness was one virtue that got the researchers, led by Christopher Ellison of UT’s Cockrell School of Engineering, to thinking about polydopamine. The other was, for you chemists in the house, its “dihydroxy-ring structure linked with an amine group that can be used to scavenge or remove free radicals.”

When the polyurethane foam of a sofa cushion burns, they explained last month in a journal of the American Chemical Society, certain carbon-centered free radicals are released, “and their removal is critical to stopping the fire from continuing to spread.” Exposed to an open flame or high heat, they found,

Polydopamine also produces a protective coating called char, which blocks the fire’s access to its fuel source — the polymer. The synergistic combination of both these processes makes polydopamine an attractive and powerful flame retardant.

Putting idea to the torch

That was the theory, anyway. To test it, the researchers mixed up a batch of synthetic polydopamine, diluted it with plain water, then soaked chunks of polyurethane foam in the mixture for periods ranging from one to three days. This resulted in a thin “nanocoating” that got a little thicker with the longer soak times but still added far less volume to the foam than conventional retardants.

Then came the fun part, which you can see in a video here.

Using a butane torch remarkably like the kitchen gadget I use to finish a crème brûlée, only bigger, the scientists exposed the treated and untreated chunks of foam to a flame estimated  at 1,300 degrees Celsius (almost 2,400o F.). According to their paper,

Upon exposure to direct flame, the neat control foam immediately ignited, formed a polyurethane melt pool, and was completely consumed while the fire was transferred to underlying materials by melt dripping.

For polydopamine-coated foams, no melt dripping was exhibited regardless of thickness, but an improvement in overall performance was observed as deposition thickness/time was increased. [Foam treated for three days] retained the original shape of the foam upon exposure to the torch and the flame self-extinguished quickly, leaving a part of the foam unburned, whereas [one-day] foams collapsed and were severely damaged.

In all cases, after the fires went out, the treated foams were found to be covered with a sturdy char layer, indicating that the polydopamine coating had survived the fire and offered  protection against re-ignition.

Tests with high heat but no flame

The researchers then exposed foam chunks to intense “heat flux” without an open flame, using methods and metrics that were over my head but essentially gauge how intensely a substance is burning by measuring how much oxygen it consumes.

Char layers did not form in these tests, but the chunks with polydopamine coatings showed significant flammability reductions, again increasing with treatment time. Basically,  once the liquid drips produced by initial melting of the foam had been consumed, the flames went out.

Returning to the plain-language summary of the university’s announcement:

Using far less polydopamine by weight than typical of conventional flame retardant additives, the UT Austin team found that the polydopamine coating on foams leads to a 67 percent reduction in peak heat release rate, a measure of fire intensity and imminent danger to building occupants or firefighters. The polydopamine flame retardant’s ability to reduce the fire’s intensity is about 20 percent better than existing flame retardants commonly used today.

Researchers have studied the use of synthetic polydopamaine for a number of health-related applications, including cancer drug delivery and implantable biomedical devices. However, the UT Austin team is thought to be one of the first to pursue the use of polydopamine as a flame retardant.

Ellison and his team are now testing to see whether they can shorten the nanocoating treatment process or develop a more convenient application process.

The full paper, published in the journal Chemistry of Materials, is available here but access isn’t free to nonsubscribers.

Natural substance found in mussels looks to be a nifty flame retardant, too