A gray haze of anticlimax hung over Thursday’s announcement that Minnesota’s Department of Natural Resources, to the surprise of absolutely no one, has approved the much-revised proposal by PolyMet Mining Corp. to bring copper-nickel mining to Minnesota’s north woods.

As an agency charged with promoting the mining industry while regulating its constituent companies and collecting revenue from their activity, the DNR over the last six years has given PolyMet the benefit of many a doubt concerning its NorthMet mine near Babbitt. Indeed, its flexibility has sometimes resulted in the U.S. Environmental Protection Agency sending its approvals back for a do-over.

So it was a foregone conclusion that the DNR would find the final environmental impact statement (EIS) to be “adequate,” in the terminology of statutory requirement, and it was no less foregone for being long awaited.

Everybody understands this signoff to be the one that matters the most by far, and not just for PolyMet’s project but also for those who follow its precedent. Nevertheless, Commissioner Tom Landwehr reliably reminds us that his is but one among many agencies responsible for assuring that PolyMet lives up to its sales pitch, and he kept at it yesterday.

In a midafternoon meeting and conference call with reporters following announcement of the DNR’s adequacy finding, the commissioner did his best to have his cake and eat it too, while tucking a few slices into the fridge for later: 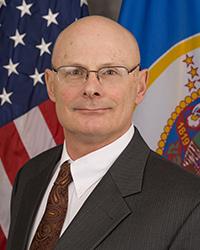 As for the adequacy of “financial assurances” that will be required of PolyMet, Landwehr said his agency has begun to look for experts who can advise it on how best to monetize various risk scenarios, and as to which instruments can reliably shield taxpayers from cleanup costs that could run for centuries.

Honestly. You might think that by now the state’s lead agency on mining regulation would have a better handle on such a critical hurdle – one many analysts consider essentially impossible for any company to clear in the boom-and-bust, bankruptcy-and-takeover race to dig precious metals.

You might hope, too, that after a six-year review running to 3,500 pages of conclusions, to PolyMet billings of $32 million to reimburse the state’s costs, to 58,000 public comments all carefully logged and filed and sometimes substantively addressed, that Landwehr and his DNR could offer the full-throated assurance Minnesotans need and actually deserve to hear:

That the NorthMet project will fulfill PolyMet’s promise to deliver the first large sulfide-ore mine in world history to open, operate and close down without leaving behind a legacy of acid, toxic drainage.

But not so much. A reporter whose name I didn’t catch put it to Landwehr in more or less this way:

Minnesotans have been hearing for a long time about the problem of leaching sulfides into the groundwater in this pristine part of the state. Is the adequacy finding a vote of confidence that we needn’t worry about that?

“Great question,” Landwehr said, and indeed it was. “Those possibilities have been looked at very, very thoroughly and have been determined that the project if implemented as in the EIS will meet state standards … to protect public health and the environment.”

I guess assurances beyond that are not really the purview of the Minnesota Department of Mineral — I mean Natural — Resources.

About those permit reviews

After hearing Landwehr distinguish several times between reviews at the EIS stage versus those that would follow permit applications, Minnesota Public Radio’s Dan Kraker asked if, given the celebrated thoroughness of the review completed yesterday, permit approvals weren’t essentially foregone conclusions.

This is an important point, with our governor among others urging us to believe that having allowed the PolyMet proposal to come this far, state officials present and future will possess the political will (and legal confidence) to deny critical permits over matters that presumably ought to have been considered in those 45 FTE years of EIS review.

Kraker’s question sent Landwehr into what I’ve come to recognize as a favorite if rather weird analogy to home-buying, which in a spirit of generosity I will just paraphrase:

The EIS is the process up to the point where the buyer decides to write a purchase offer, having picked a neighborhood and checked out the schools and so on. What happens afterward is analogous to securing a mortgage, getting a mover lined up and so forth.

That didn’t seem to get to the heart of the question, so Kraker followed up by asking whether any projects reviewed by DNR had ever passed the EIS stage but then failed to obtain necessary permits. Consulting with an agency colleague, Landwehr said there had indeed been projects that got EIS approval but then stalled for reasons they couldn’t clearly recall. 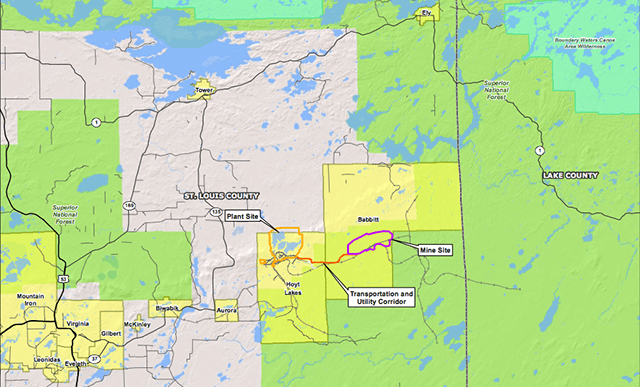 I admired Kraker’s question and thought it deserved a clearer answer still, given the importance everyone is placing on permit review, so I asked my own followups, the better of which went like this: Are you saying, Commissioner, that it is possible for PolyMet, having passed muster on all of the technical issues reviewed as part of the EIS process, to fail to pass muster on these same issues in permit reviews?

Landwehr’s full response, compressed only to omit a few of the verbal fumbles we all make when speaking off the cuff:

The project actually morphs a little bit during the permit review process. Because if a model is run and it demonstrates that you’re not going to meet the standard, then we go back to the company and say, what are you going to do to meet that?

The company will revise its plan and come back with it. So there’s been this iterative process to address each of these issues so the company at least understands what they need to do to meet a state standard.

Now, presumably as they’re doing that analysis they’re also determining that that’s economically viable. As we get  into the actual implementation, now it’s going beyond that conceptual, going to the actual, and I presume that there are still instances where somebody could say, well, we can’t meet that. I presume there’s still that possibility.

But there’s been so much thought, so much collaboration among the [review agencies], that I have to assume the majority of those possibilities have been thought through pretty well.


Taken in total, I think it might be fair to read Landwehr’s assessment this way:

Permit review gets to a deeper level of detail in some respects than the EIS review, in part because actual equipment and site work come into consideration.

Anything’s possible. But having come this far and spent this much effort and money, PolyMet can safely assume that big surprises are unlikely. That would be like a home buyer suddenly telling the seller, cancel my offer – you never told me the fireplace doors were ugly!

So the company may have to do some things a little differently, maybe spend a little more. But in the end, we and the other agencies will require that all state standards are met to protect public health and the environment.

And we’ll do that just as vigorously as we have with, say, all the air- and water-quality violations at the taconite operations that have, among other things, led EPA to pressure Minnesota  to pick up the pace, and prompted a legislative effort to rewrite sulfate standards in wild-rice areas to be more accommodating to mines, and inspired a legal effort to force the feds to take back some of the enforcement authority long delegated to the state.

But really, what more than that can the taxpayers of Minnesota expect from a regulatory apparatus whose lead agency on copper/nickel mining is supposed to promote the industry with one hand and police it with the other?

Disclosure: In 2007 and 2008 I served as executive director of Friends of the Boundary Wilderness. Based on previous journalistic investigation I positioned the group in opposition to any precious-metal mining that couldn’t first be proven safe in terms of lasting damage to the watery north woods environment. That’s a test I both hope and doubt can be met by PolyMet and other companies eyeing Minnesota’s copper/nickel deposits, because it really would the first such achievement in history.