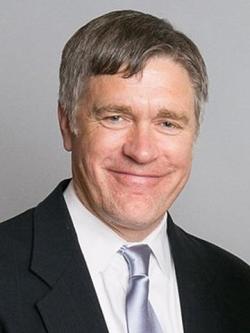 If a lawyer can break client confidentiality to disclose child abuse, alert police to an impending assault, or blow the whistle on financial fraud — well, why not to report crimes against the environment?

That excellent and, I think, eminently reasonable question is discussed at length in the Boston College Law Review by Tom Lininger, a professor at the University of Oregon’s law school.

A former federal prosecutor of polluters who mishandled hazardous waste, Lininger’s scholarship focused on domestic violence and sexual assault before turning to the intersection of ethics and environment in American bar associations’ codes.

He didn’t find much.

Remarkably, however, the American Bar Association Model Rules of professional conduct do not mention the environment. While the ABA Model Rules are extremely thorough, and govern matters as picayune as handling an errant fax or designing a firm’s letterhead, the ABA has never seen fit to address the issue of environmental protection in the rules that serve as the boilerplate for state bars throughout the nation.

America lawyers, he says, operate under a set of rules that got their last thorough update in 1983, during a period he sees as a rapid, Reagan-led retreat from the previous decade’s surge of strong environmental legislation.

In only two instances were lawyers permitted — and not, by the way, required — to set aside their confidentiality obligation to clients: “to prevent the client from committing a criminal act that the lawyer believes is likely to result in imminent death or substantial bodily harm,” or to protect themselves in legal proceedings that arose from client misconduct.

Since then the ABA has added two more exceptions: to report child abuse (in 2002), and to blow the whistle on clients’ frauds or other financial crimes (in 2003, after Congress had already imposed the obligation as part of the Sarbanes-Oxley reforms).

In both cases, Lininger notes, the rules make the exception permissive — lawyers may disclose the misdeeds but aren’t required to do so — although some state bar associations (and legislatures) have made the reporting mandatory. This isn’t a very big deal, in his view, since it’s difficult as a practical matter to sanction somebody for keeping a secret that nobody else is likely to reveal.

However, the ABA is considering a third change that would require lawyers to refrain from saying racist, sexist, homophobic and otherwise bigoted things about people. This isn’t about confidentiality, of course, but Lininger groups it with the child abuse and fraud exceptions because it concerns a lawyer’s duty to third parties who are not his clients, and to shield them from “collateral harm.”

(Once again the ABA is not leading the charge; 24 state bars have already adopted the anti-bigotry rule.)

This leads to the heart of Lininger’s argument:

The environment is analogous to an abused child who is defenseless to protect against that abuse, and who is incapable of summoning aid without the assistance of a lawyer.  The environment is also analogous to the pensioners and investors who are protected from client fraud by amended Model Rules 1.6 and 1.13; while they stand to suffer catastrophic losses if the fraud occurs, they have no means of protecting themselves against it, and they would benefit if conscientious lawyers could help them avert the harm before it spirals out of control.

The ABA has begun to recognize that duties to avoid collateral harm make sense in many contexts, especially when lawyers are uniquely situated to prevent such harm, and it is but a small extension of this philosophy to accord similar concern to environmental protection.

Lininger contemplates larger, more radical extensions as well: an expanded “duty of counseling” requirement that lawyers advise clients about the risks of doing environmental harm; a revised “obligation to the tribunal” to speak up when someone lies in court about the environmental consequences of their actions; rewriting of the rules on pro bono service and conflicts of interest to make it easier for lawyers to assist environmental clients and serve on their boards.

Most interesting of all: rewriting the definitions on frivolous claims to permit good-faith advocacy for the environment and all of the organisms who can’t actually hire their own lawyer and, anyway, lack the standing that humans and corporations have to take their case to court.

[A]ttorneys who aspire to represent nonhuman environmental interests, or who want to represent humans who would suffer future harm from climate change, often find that current law denies standing to such claimants. Perhaps an amendment to Rule 3.1 should clarify that arguments to extend standing in environmental cases are not frivolous, so long as the attorney is making a good-faith argument. After all, an argument that seems novel today might become the law of the land a decade later.

And speaking of the law of the land, Lininger makes a strong case to this nonlawyer at least that there are real risks to the bar that if it fails to update its ethical rules, other authorities may take the matter out of its hands:

The ABA’s tepid approach to corporate fraud in 2002 provides a cautionary tale. The ABA House of Delegates eschewed any amendments to the Model Rules that would have imposed substantial whistleblowing duties on lawyers. A few months later, the highly publicized problems at corporations including Enron, Global Crossing, Adelphia, and Tyco led the public to conclude that lawyers were “sleeping at the switch.”

Congress responded to this public outrage by passing the Sarbanes-Oxley Act, establishing new whistleblowing duties for lawyers and accountants. This legislation represented the first major incursion by Congress into the heretofore-autonomous realm of lawyers.

The lesson was clear: if the ABA will not set high enough standards for itself, Congress might step in to set those standards.

My appreciation to Brian Bienkowski at The Daily Climate, whose Monday piece on the Lininger article was the first mention of it I’d seen.

Published in the Boston College Law Review’s January issue, “Green Ethics for Lawyers” can be read in full or downloaded without charge here.