So here’s a good-news story about American stewardship of undeveloped land:

Over the past five years, 9 million acres have been protected from development — a pace that averages about 5,000 acres per day — by private landowners assisted by nonprofit land trusts.

The achievement brings the nationwide acreage protected with land-trust assistance to an overall total of 56 million acres, which is “double the size of all the land in national parks across the lower 48 states.”

These are the marquee findings of a new five-year census that arrived over the weekend from the Land Trust Alliance, which was founded in 1982 to further the efforts of local, state and national nonprofits that protect privately owned land by acquiring it outright or purchasing conservation easements.

In Minnesota, acreage protected with the help of land trusts stood at 1.14 million acres by the end of last year, up more than 72,000 acres since the previous census for the period 2006-2010.

(However, if you look back to the 2005 census, you’ll find a stunner: Just 33,779 Minnesota acres had been protected by land trusts at that point — which means this year’s tally represents a 30-fold increase in a mere 10 years. More about the specifics in a moment.)

The national picture assembled by the Land Trust Alliance is based on a survey of some 1,900 land trusts nationwide, of which 1,000 are formally LTA members. In addition to counting acres, the census measures engagement with this form of privately conducted conservation in other ways:

At the end of 2015, about 8 million of the 56 million protected acres were owned outright by a trust, with about twice as much covered by conservation easements. About 12.6 million acres had been acquired and then conveyed to another owner, typically a public agency such as the U.S. Forest Service.

(An additional 18 million acres were “protected by other means,” such as deed restrictions or actions taken in partnership with other organizations that handled the actual purchase of land or development rights.)

The census report, which can be read here [PDF], also features some stirring examples of trust-enabled conservation successes in places from the Blue Mountains of Washington state to an urban patch in New Haven, Connecticut, to New Orleans’ Lake Pontchartrain-Maurepas cypress swamp.

The situation in Minnesota 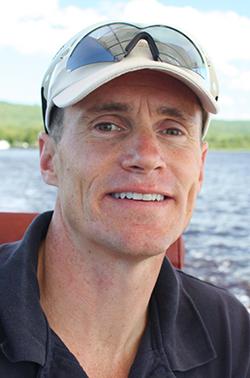 I couldn’t find a Minnesota example or, for that matter, much other specific information about efforts here, except for a breakdown stating that of the 1.14 million acres conserved at the end of last year, 113,208 were owned by land trusts, 289,956 were under easement, and 236,608 had been purchased and turned over to government units or other public-minded owners, with 500,959 “protected by other means.”

So I called on Kris Larson, executive director of the Minnesota Land Trust, for insights and got a pleasant earful of them. Excerpts from his comments follow, starting with whether it could possibly be correct that the protected acreage had zoomed from about 34,000 acres to well over a million in just 10 years.

Well, I think there may be two things going on there. There could be a difference in how land trusts reported, which would account for some of that.

But there were also some very large projects right after 2005. Like the Upper Mississippi project — the Blandin project — a large conservation easement that was something like 170,000 acres all at once.

More recently, the focus has been on habitat preservation and putting smaller projects into larger collections, complexes of land. More like constellations than single, big stars.

For example, there has been a real, concerted effort in the prairie landscape. You’ve reported and others have reported on just how critical the grasslands and the prairies are right now. I just saw an article on the point that losses of grasslands in the Great Plains to land conversion are now at a higher rate than deforestation in the Amazon. Which was a surprise to me.

Urban development was the hot issue in the 1990s and even the early 2000s, but now it’s become grassland loss due to agricultural conversion.

Another big focus has been lakes and shorelines and aquatic habitat, and how to use land protection and restoration tools to help improve shorelines and fisheries.

Also, when you look at the period from 2005 to 2015, a couple of other things come to mind, starting with how fortunate we are to have had the Legacy amendment passed. And that has created resources that our counterparts and partners in other states haven’t been able to tap into, which has certainly accelerated some of the growth in land conservation over the last seven to eight years.

A lot of land trusts around the country saw a dip in during the recession, but that wasn’t really the case in Minnesota. In fact, we had more land protected in that recessionary period, and did some pretty ambitious work thanks in large part to the Legacy funds.

Also, land values were low — development was down, so that helped on the buying end, for sure. The flip side, though, was that as nonprofits, most land trusts are reliant on donations of the individual, and that suffered at the same time.

But certainly from a protection standpoint the down market made us all realize we should be more ambitious and get more projects done before values circle up and landowners start thinking about development again.

We’ve seen an increase in landowner interest in response to Congress enhancing the tax incentives for easements and, last year, making them permanent — really a wave among owners who’d been thinking about doing easements for a while and the better incentives helped tip ‘em over the edge by making it more financially feasible for them to do it.

Just like when you give a painting to a museum or cash to a nonprofit, a conservation easement is something of value — a partial interest in real estate. And with that donation comes tax benefits.

It used to be you could take the value of the easement up to 30 percent of your adjusted  gross income, and that percentage went up and down for a few years, but now you can go up to 50 percent. For farmers and ranchers it can actually be 100 percent.  And the effect has been to make easements attractive to people of fairly low net wealth.

Recently, at least, this program has not been a partisan issue — rather, the change to larger and permanent incentives is a huge bipartisan accomplishment.

When you look at our numbers compared to national numbers, we’ve done a lot of conservation with fewer organizations than most other states. You know, Wisconsin has 40 or 50 land trusts, and I think for the census in Minnesota we reported six. And yet over time we’ve helped protect more than a million acres.

The land trust community here is very coordinated but also well segmented. There’s a lot of cooperation but there isn’t as much overlap as in other parts of the country.

The Minnesota Land Trust holds roughly 98 percent of the conservation easements in the state that are held by nonprofits — the state and federal governments also hold a lot — whereas The Nature Conservancy or Trust for Public Land, or the Conservation Fund, a lot their work is around getting land into public ownership, or land management and restoration.

We really are in a golden era of conservation in Minnesota whether we know it or not. We have a highly functioning DNR and other state agencies. We have a Legacy fund and other public funds that other states don’t have.

And we have a vibrant land trust community, which is important because 76 percent of land in Minnesota is in private ownership. So if we really care about habitat and clean water and scenic beauty, we do need to work with those landowners and get it into protection. That really matters.

Private land conservation surges in U.S., with the help of nonprofit trusts