Energy purchases took less than 4 percent of American household budgets last year — the lowest share ever in government statistics that go back six decades, according to analysts at Bloomberg New Energy Finance.

And that’s for all energy payments, whether to the electric company or the gas company or the corner filling station, so it reflects unusually (and temporarily) low prices for natural gas and petroleum fuels.

But rising use of ever-cheaper renewables is playing a role, too, according to BNEF’s Sustainable Energy in America Factbook, a respected annual report now in its fifth edition. So are conservation and efficiency efforts. And one place these factors are showing up is in electricity demand and pricing:

Retail electricity prices across the country fell 2.2% in 2016 in real terms from 2015 levels. On average, consumers now pay 4% less per kilowatt-hour for electricity than in 2007, when removing the impact of inflation. In some regions, falling wholesale energy costs and energy savings have had an even larger impact: in New York, average retail rates are now 19% below 2007 levels, and in Texas average rates have fallen 30% in real terms.

Overall electric demand is also falling, but more slowly, and it no longer moves in lockstep with economic activity. Demand slipped by 1.1% in 2016, the factbook reports, even as gross domestic product went up 1.6 %.

Over a slightly longer time frame, going back to the consumption peak set in 2014, demand has fallen 1.2% while GDP has grown 4.2% after adjustment for inflation. (An even longer timeline, and one that includes a serious recession: power demand is now 3.6% below the levels of 2007, and GDP is up 12%.)

Efficiencies are showing up in the natural gas usage, too:

Within the residential sector, natural gas consumption has held steady as the number of customers has risen, even when accounting for recent mild winters: gas consumption per customer has fallen from an average of 210 cubic feet per day (cfd) from 2002-06 to 188 cfd from 2012-16. Natural gas utilities invested an estimated $1.4 billion into the efficiency programs in 2015, a 350% increase over 2007’s levels ($300 million).

Also, by one measure, in natural gas production. As gas prices overall approached record low levels last year, companies shut down their less productive rigs and shifted effort to places where outputs per rig were higher; and production overall was 24 percent above the levels of a decade earlier.

The role of new systems

As you’d expect, a key focus for BNEF and the Business Council for Sustainable Energy, its partner in the factbook project, is the sector variously described as zero-carbon, clean, sustainable and/or renewable. Prices are falling there as well — a generally good thing for consumers, and for progressive change in the energy system, but not entirely problem-free:

Utility-scale photovoltaic capex (the cost of constructing a project from start to end) has fallen from $2.65 million per megawatt in 2011 to only $1.14 million in 2016. The cost for wind turbines specifically has also declined, from $1.34 million per MW to $1.12 million over the same five-year timeframe.

At the same time, the performance of the equipment has also improved. Combined, this has allowed utilities and corporate buyers to sign long-term power purchase deals at under $40 per megawatt-hour for solar power in Nevada and California. For wind, offtake prices continued to fall, with some projects fetching below $20/MWh in Texas and Oklahoma.

Declaring that renewables have moved from “alternative” status to “the new normal,” the report lists these benchmarks from 2016: 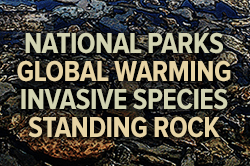 However, the report also notes a modest slowdown in renewables investment last year: $59 billion, down from $63 billion in 2015. The decline was largest in solar, in part because of falling costs; wind and smart-grid technologies saw investment rise last year, as did electric vehicles, but not enough to push the total upward.

And for those readers hungry for technical details at the intersection of public policy and private investment, this excerpt on the sheer complexity of the system’s workings may be of interest:

Asset finance — which tracks money flowing into new utility-scale projects only — totaled $31.6 billion, a small drop-off from 2015’s $32.2 billion. Financing in 2015 had surged 46% from 2014 levels, as market participants sought to lock in federal tax credits which were due to expire or step down at the end of 2016. In the eleventh hour of the 2015 Congress, the Production Tax Credit for wind and the Investment Tax Credit for solar were extended for  five years apiece, effectively giving the market more time to invest, and, accordingly, 2016 declined.

Almost all of the funds were directed into solar and wind, which each captured $14.7 billion. Biomass financing amounted to $196 million, down from $286 million in 2015. Small hydro saw its first significant investment since 2011, with $77 million in asset financing, and biogas received $24 million. There was virtually no new financing tracked for waste-to-energy, geothermal, or carbon capture and storage in 2016.

The report is essentially silent on the outlook for national progress under President Donald Trump; he is mentioned only three times, in neutral references to the reality that policies like the Clean Power Plan and fuel-economy standards could change.

However, it also notes that not all the important action is inside the Beltway, and cites examples of noteworthy action “driving the sustainable energy transition” in such states as:

The full 2017 factbook can be downloaded here without charge, but registration is required.