As humankind slouches toward acceptance of its inability to slow the pace of global warming, an appetite is growing for “geoengineering” solutions that attempt to fix the problem by intervening massively in the underlying process.

These fall generally into two groups, of which the most benign is an accelerated program to pull carbon dioxide out of the atmosphere and store it somewhere — a great concept, with affordable methods and suitable locations yet to be identified.

The other, more worrisome set involves blocking sunlight with some sort of shield, typically clouds of aerosolized reflective material or even natural clouds “brightened” with moisture pumped from the surface. This is simpler to do but probably quite difficult to reverse, and so far the unforeseeable weather disruptions it could bring are frightening far more scientists and policymakers than they inspire.

Now comes an intriguing third approach to address one very large component of the problem: accelerating loss of the Arctic’s summer sea ice, with a corresponding increase in ocean temperature as more solar energy is absorbed.

The idea is to restore the polar ice to its previous extent and longevity by distributing millions of wind-powered, buoy-mounted, mist-making pumps across the ocean at the top of the world. The job might take 10 years and cost from $500 million to $5 trillion, depending on how many pumps were deployed and how rapidly.

Those are back-of-the-envelope calculations but nevertheless have much to do, I suspect, with the light coverage given so far to the notion as laid out in a recent paper in Earth’s Future, a journal of the American Geophysical Union.

Also, with the reflexive description in some news outlets of the whole idea as “crazy” or “absurd.”

I don’t think it’s either, really, although it certainly is a big and expensive proposition even in this broad, early outline. I can’t do better than Canada’s National Post, where I first saw it mentioned, in placing some reference points around it:

The plan would be one of the most expensive single projects in world history, an endeavour on the scale of the International Space Station, the entire U.S. auto industry or a major world conflict such as the Iraq War.

In the most ambitious version of the plan, 100 million devices would be deployed across the Arctic. … Assuming no major setback, the paper estimates the final cost at about $5 trillion, roughly the annual GDP of Japan.

The paper’s authors, led by Steven Desch of Arizona State’s School of Earth and Space Exploration, are more inclined to liken its scope to the Manhattan Project — which, of course, proved doable. And obviously there are costs to letting the ice just disappear, which most scientists seem to think likely by the year 2050 and the Desch paper suggests, based on recent trend lines, might occur as soon as 2020.

Apart from endangering a range of species from polar bears to Arctic cod to caribou, and disrupting or destroying communities dependent on the ice in complex relationships, the disappearance of summer sea ice would also bring a major acceleration of warming at the very latitudes that are already warming the fastest. 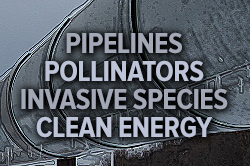 And this threatens an even more rapid melting of permafrost, releasing enormous amounts of new carbon dioxide and methane. It also promises to accelerate commercial exploitation of fossil-fuel and mineral resources in a newly ice-free Arctic, with impacts both local and global in scale.

As for costs, the Desch team proposes a range of deployment scenarios, of which the $5 trillion solution is at the top end of a list of alternatives yet to be tested, developed and evaluated in any real depth. Another possible alternative, they say, might accomplish plenty at one-tenth the cost.

That’s because the formation of sea ice is not uniform across the Arctic, and neither is loss; indeed, there are regions bordering Greenland, and the Canadian archipelago that includes Ellesmere Island, where summer ice is essentially unchanged as yet.

So the scope of what might be necessary is not yet clear. What has been established is that existing pump technology can add an additional 1-meter layer of new ice per year to what’s been formed naturally, and that “deployment over 10% of the Arctic, especially where ice survival is marginal, could more than reverse current trends of ice loss in the Arctic, using existing industrial capacity.”

Even at the top end — $5 trillion in outlays over 10 years — the $500 billion annually would represent only 0.64 percent of world GDP. Which, yes, is huge — but then so are the risks posed by what the paper calls “one of the most severe positive feedbacks in the climate system.”

The authors don’t attempt to put dollar amounts on the damage, but it’s not difficult to imagine them being larger, less predictable and essentially endless.

As with other types of geoengineering, the authors acknowledge, there are possible unintended consequences to artificial ice-making in the Arctic, an approach they prefer to call “geodesign.”

At the moment, the rate of summer loss seems to be having a drying effect on climate in western North America, but the paper gives no details and it’s not clear to me whether reversing that would be a good thing or a bad one.  Also, there are links between summer ice extent and mid-latitude storms that are not well understood.

On the other hand, there appears to be a tantalizing possibility that restoring summer ice to normal levels or beyond could have a global cooling impact that offsets the general warming trend worldwide. And there’s the key advantage that the icemaking pumps could simply be switched off if serious trouble arose.

It’s not surprising, I guess, that press coverage of this paper focuses on high costs and hard practicalities, but the paper really confines itself to the basics of outlining of a credible concept and then urging that it be tested further — but without delay.

After shrinking at a rate of 3.5 to 4.1 percent per decade since 1979, it says, “the loss of Arctic sea ice in the summer of 2007 was much greater than expected and attracted the attention of the scientiﬁc community and the public; but the extent of sea ice in 2012 was even lower, and through July 2016, the sea ice extent was lower than ever recorded in the spring.”

The Arctic region will continue to warm more rapidly than the global mean. Year-round reductions in Arctic sea ice are projected in virtually all scenarios, and a nearly ice-free Arctic Ocean is considered “likely” by 2050 in a business-as-usual scenario….

Before 2007, sea-ice volume was never known to drop below 9,000 cubic kilometers, but sea-ice volume has dropped below 7,000 km3 every year since then. A linear extrapolation suggests the late-summer Arctic ice volume is decreasing by 3200 km3 per decade and will certainly vanish by the 2030s. Some studies indicate the ice may eﬀectively vanish even sooner than these estimates, possibly before 2020….

While humanity does not lack resources, or the imagination and industry to use them, what we do not have in abundance is time.

The Desch paper can be read here without charge — and its in-depth discussions of the mechanics of Arctic ice formation and loss, and of the industrial capacity this solution could require, are  really quite fascinating.

Could millions of wind-powered pumps reverse the loss of Arctic sea ice?