You could read for a long time about the current rate of species extinction, and its complex causes, without encountering anything like the plain and deservedly passionate language on display in the Vatican this week.

Its “Workshop on Biological Extinction,” which began Monday and ends today, has brought together leading scientists from around the world to discuss accelerating global losses of biodiversity and what, if anything, can be done about them.

The session’s modest title is in sharp contrast to the plain and deservedly passionate language of Stanford’s renowned ecologist Paul Ehrlich, whose new paper prepared for the occasion minces no words in describing the current state of affairs as “annihilation” driven by avoidable factors of population growth and greed.

Species and populations are being driven to extinction every year at so high a rate, that Earth’s assemblage of plants and animals is now well into a sixth mass extinction episode. The most recent Live Planet Index has estimated that wildlife abundance on the planet dropped by some 60% between 1970 and 2012.

The richest biota the world has ever seen is disappearing in the blink of an eye from the perspective of geological time. And humanity is busily making it worse.

Looking ahead, say Ehrlich and co-author Partha Dasgupta of Cambridge University, the rate of species loss — a different and more dire measure than declining abundance — is likely to approach 50 percent of all plant and animal varieties by the end of the century.

Losses on such a scale are likely to rival in impact the five great extinctions known to have happened in earth’s history, including both the one that gave dinosaurs dominion over the earth and the one that later wiped out all the ones that couldn’t fly.

What the planet would look like at the end of the current unraveling of ecological relationships is anybody’s guess, but nobody is guessing it will be other than catastrophic for planetary life as we know it (including, this time, the birds, which some studies suggest are more imperiled than other animal groups).

Understanding the causes, however, is considerably simpler. Leading the list is habitat destruction “and its near synonym, ‘land-use change.’ ”

With some 40 percent of Earth’s land in crops and pasture and another 2 percent paved or built over, and with every habitat changing in temperature and polluted by synthetic toxic chemical,  it is not hard to see why many plants and animals are in trouble — especially in view of the projected increase in human numbers from 7.5 billion people today to some 11 billion by the end of the century, and the concurrent drive toward greater consumption, not only in poor regions (an entirely justifiable aim)

The second leading cause, Ehrlich and Dasgupta say, is overharvesting of resources from timber to fish to cacti. Third is pollution, expanding at rates that have now resulted in toxic chemicals being present in detectable levels in crustaceans at the bottom of the Marianas Trench, six miles beneath the Pacific Ocean surface. 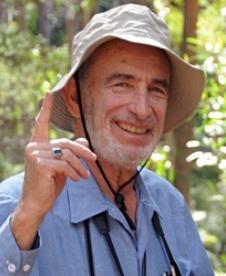 Rounding out the list are climate disruption — whose impacts are only beginning to be felt, but are likely to burden species both directly and by making it more difficult for them to adjust to habitat loss — and such miscellaneous factors as human redistribution of plants and animals in ways that turn them into noxious invaders. (In this last category, they include the unnatural spread of pathogens like the fungi that have afflicted North American bats with white-nose syndrome, and driven a wave of extinctions among frogs and other amphibians.)

Scientists often seem to find it obligatory to point out that species losses have cascading effects, some of which can inconvenience the humans who set them in motion, and this paper is no exception in pointing out that losing creatures means losing their “ecological services”:

Most of these ecosystem services cannot be replaced by artificial means. The few that can will incur extraordinary costs.

This utilitarian argument is important — and one I’ve made from time to time in this space, as well as countless newspaper editorials — but I am out of patience with the idea that natural things must justify their existence in terms of the benefits they bring us.

A problem in treating biodiversity as a commodity is that this automatically suggests there may be a substitute, whether natural or technological (like the artificial pollinators that are being developed in case we can’t save the bees and bats). Another is that it can lead to seeing those benefits as entitlements that are or ought to be endlessly supplied.

A slightly different approach was offered at the Vatican by the University of Minnesota’s Stephen Polasky and Stanford’s Gretchen Daily in behalf of their Natural Capital Project, which characterizes ecosystem members and their services as wealth to be conserved and expanded. I haven’t seen that paper yet, and I hope recasting the argument in that way will help it gain more traction among decision-makers who must monetize everything.

Still, I think there’s also something to be said for appealing directly to conscience and even a sense of shame. If we are going to be serious about protecting biodiversity, perhaps we need to quit requiring a bird or a bat to justify its presence any more than we require it of ourselves.

Living things have intrinsic value, too, and so I was heartened to see Ehrlich and Dasgupta give a nod to this notion by quoting Pope Francis’ observation in his 2015 encyclical on environmental stewardship:

Each year sees the disappearance of thousands of plant and animal species which we will never know, which our children will never see, because they have been lost for ever. The great majority become extinct for reasons related to human activity. Because of us, thousands of species will no longer give glory to God by their very existence, nor convey their message to us. We have no such right.

Putting a more secular and somewhat sharper point on that observation, Ehrlich and Dasgupta conclude that

Whatever created this miraculous collection of life, it is morally reprehensible for humans to destroy it in the pursuit of unnecessary adornments and obscene wealth.

This can also be taken as a rejoinder, I guess, to the idea that all this destruction is an inevitable result of population growth only. That’s a critical point for the Vatican in its sponsorship of this week’s sessions, because controlling population growth in any meaningful way requires contraception and reproductive planning, which even this pope is not prepared to embrace (or, I suppose, mass death via disease, war or famine).

Indeed, Ehrlich’s presence on the program inspired delivery of more than 10,000 signatures on a petition asking the Vatican to disinvite him (as well as John Bongaarts of the Population Council), according to a report in the anti-abortion LifeSiteNews.

The Ehrlich/Dasgupta paper argues, intricately and sometimes opaquely, that it may be possible to ratchet down resource consumption and all of its destructive impacts by a series of economic adjustments — pricing resources correctly, making externalities clearer, and so on.

But there’s no getting around the reality that the world’s population is now growing at the rate of about a quarter-million people per day, putting it on track to swell from 7.5 billion to 11.2 billion by the year 2100. In Africa alone, population is predicted to quadruple during that period, from 1 billion to 4 billion.

And as the Vatican points out, quoting Global Footprint, 100 million people around the world are at the edge of starvation at any point in time, with eight times that many burdened by chronic malnutrition.

Of course we should be finding ways to rein in senseless overconsumption. But it is dangerous to forget that poverty, especially when surrounded by so much wealth, is also obscene. Or to think that reproduction can simply be left to individual choice when mass extinction is the clear consequence.

The Ehrlich/Dasgupta paper has been made available without charge by Environmental Health News and can be found here. Also, note that Elizabeth Kolbert, author of the Pulitzer-winning “The Sixth Extinction: An Unnatural History,” will be lecturing on the subject at the University of Minnesota on April 13.