To use a barnyard euphemism, every once in awhile even a blind pig finds a nut. We are not so polished, but our snout smells something that is being hidden. We can’t see very well right now. But we can smell it. — Editorial in the Storm Lake Times, April 13, 2017. 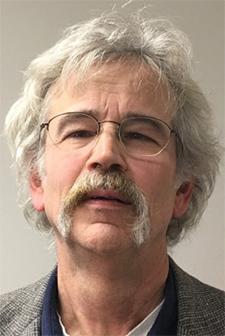 I write this morning in appreciation, admiration and even a little awe of Art Cullen of Storm Lake, Iowa, winner of the 2017 Pulitzer Prize in editorial writing.

Last week’s news, I acknowledge, but I guess the Pulitzer announcements no longer seize my attention the way they did when I was a newsroom manager seeking strategic insight for next year’s Star Tribune entries or, later, as a fledgling editorial writer trying to learn the craft from modern masters.

I might have missed Cullen’s prize entirely if not for his subject: Big Agriculture’s fouling of Iowa’s public waters with fertilizer-laden runoff, and its steadfast resistance to  leaving a little buffer strip at the stream bank or lake shore. (Issues, as you may have heard, of importance in the state just north of Iowa as well.)

Anyone can see how filthy Storm Lake is, how the Des Moines River near Humboldt is a mud flow, how shallow lakes in Northwest Iowa have eroded into duck marshes.

Anyone with eyes and a nose knows in his gut that Iowa has the dirtiest surface water in America. It is choking the waterworks and the Gulf of Mexico. It is causing oxygen deprivation in Northwest Iowa glacial lakes. It has caused us to spend millions upon millions trying to clean up Storm Lake, the victim of more than a century of explosive soil erosion.

Everyone knows it’s not the city sewer plant causing the problem. And most of us recognize that this is not just nature at work busily releasing nitrates into the water. Ninety-two percent of surface water pollution comes from row crop production — an incontroverted fact from the court case.

This passage serves well enough to illustrate how Cullen came in first when the Pulitzer jurors applied “the test of excellence being clearness of style, moral purpose, sound reasoning, and power to influence public opinion in what the writer conceives to be the right direction.”

But in fact it is a fairly tame stretch for Cullen (even with its unusual use of incontroverted, a variation on uncontroverted so uncommon nowadays that I had to look it up, suspecting it might be Cullen’s coinage).

Elsewhere in the eight editorials of his Pulitzer entry Cullen refers to Iowa’s senior U.S. senator, Chuck Grassley, as “nothing more than a lapdog for the Republican Establishment, in the person of Senate Majority Leader Mitch McConnell” and “a doddering fool who needs to go.”

Of Patty Judge, a Democrat who was about to announce her challenge to Grassley, he wrote in March 2016 that she was “the only woman as vulgar as Donald Trump except for Jodi Ernst.”

Taking on ag in an ag town

But the likes of Grassley, McConnell, Judge and Ernst are safe targets for any editorial writer anywhere. Agricultural pollution is not so easy, its difficulty increasing in inverse proportion to the size of the community where issues are being raised.

The passage quoted above served only to sketch the background for Cullen’s quixotic-sounding crusade — the throat-clearing, you might say, before his bold endorsement of a lawsuit the Des Moines Water Works had filed against his Buena Vista County and two others in northwest Iowa for polluting public drinking water.

One aim of the suit was to recover, from the counties and their taxpayers, the additional treatment costs the utility and its customers had to pay to strip agricultural nitrates out of their drinking water.

The other was to establish, at long last, that modern agriculture — with its industrial approach to farming, including the drain tile that pipes dirty water from field to stream — could be regulated as a “point source” of pollution under the Clean Water Act, just like factories dumping industrial chemicals or cities pumping untreated sewage.

State and federal governments have been throwing money at soil and water conservation since the Dust Bowl, yet the problem is getting worse. It’s because we are farming through the fencerows in a more intense fashion than ever. We allow no buffer, and in fact have methodically eliminated the buffer since 2009. Anyone living in Buena Vista County can see it. Even a county supervisor could, if he weren’t so afraid of agri-industry. Just drive over the Raccoon River….

We did not have a nitrate problem when he had a 10% acreage set-aside under the federal farm program using the same basic cropping practices. If we devoted 10% of Iowa’s row-crop acres to pasture or other grassland practices we would eliminate the problem. That is but one solution that would not necessarily cost anyone money, but might increase economic activity by increasing corn, ethanol and livestock prices….

The water works has discovered that stewardship cannot be purchased. It must be litigated. The utility’s principal aim is to make non-point source pollution (ag runoff) subject to permitted regulation under the Clean Water Act. If regulation were imposed (as it was in pre-Earl Butz farm bills) markets would figure out how to allocate resources. Let the markets decide how to react — farmers and landowners consulting with agronomists on how best to meet the regulatory framework. Some might want to meet those goals with bioreactors, some with a cow-calf herd on marginal rolling acres, some by planting non-corn ethanol crops near creeks or other flow points. Farmers will innovate, and the early adapters will make the most profit.

Storm Lake is an agriculture- and meatpacking-dependent community of about 11,000 people. The Times is a paper that is not quite 30 years old and has a circulation reportedly in the 3,000 range. It comes out twice a week through the efforts of 10 people, four of whom are Art Cullen’s family: his wife Dolores (photographer), his 24-year-old son Tom (reporter), his brother John (publisher and founder) and John’s wife, Mary (reporter).

Art Cullen is sometimes a reporter, too, when he is not being the editor, editorial writer, proofreader … and until the paper’s recent decision to outsource its printing, he ran the press. He is 60 years old, a University of St. Thomas journalism grad who has spent a lifetime working for smaller newspapers in Iowa, though none so small as the Times.

In a conversation last week with The Poynter Institute, a media-studies outfit, Cullen acknowledged that “he had lost some friends” over the series, and not just over the positions he took on agricultural practices or the litigation, which he urged the county to settle rather than fight.

Cullen’s editorials also exposed, and opposed, decisions by the Buena Vista County commissioners to let the Farm Bureau and other outside agribusiness interests essentially take over funding, and control, of the county’s defense against the lawsuit, using law firms hired in Des Moines and Washington.

The exposure part was difficult, because the law firms shielded their arrangement with BV County as a private business matter. Few local officials would discuss the matter with Art or Tom Cullen, and then usually to plead ignorance or decline to comment at all.

Nor did they quite understand why he wanted a small county, facing perhaps a $100 million share of the judgment the water works might win, to pass up the private dough.

First, you always follow the paymaster. If Farm Bureau is signing the check, then you know who is really calling the shots on our behalf. We elected a board of supervisors and a county attorney to direct the policies and protect the taxpayers of this county. We did not elect the Farm Bureau or any other interest group to set our course.

Second, you always have friends when you are winning. Not so much when you are losing. We don’t know what the terms are among the slush fund donor(s), the boards of supervisors and the attorneys. But it could be open-ended. If, say, the counties lose during a side appeal to the Iowa Supreme Court, the agribusiness donors may decide to take their bets off the BV nag. Then we are left holding the bag for the rest of the federal trial. That certainly can happen.

Third, the public deserves to know all it can about how this defense is shaped since we believe the county, and its drainage districts, could be on the hook for more than $100 million in damages or, at least, could be subject to violations under the Clean Water Act. This is of the gravest importance. The public deserves to know how its property might be leveraged by the lawsuit, and the contributions to the legal defense add context and could color the outcome.

Fourth, Iowa law requires disclosure of this information. It is illegal to hide it as the supervisors are. There is no question that the information is being hidden. We have asked repeatedly. We do not know why this elaborate secret is being kept. If agribusiness concerns are paying the bills to protect their way of doing business, and the supervisors believe that voters agree and endorse the idea, then there is no reason to keep the truth under wraps.

Seems very persuasive from here, but in Storm Lake, sometimes not so much. As Cullen told Poynter, “Some people don’t understand us, why we would badger county supervisors so that their sugar daddy went away. I said, ‘Because it wasn’t right.’ We felt the public deserved to know who’s paying our bills.”

The Storm Lake Times has posted full texts of its winning entry here. If I hadn’t gone on so long already, I would have included something from a nice piece about Cullen and his award in the Columbia Journalism Review; you can find that here. Ditto a profile of  the Cullens and the paper in the somewhat larger Daily Times Herald of Carroll, Iowa.

Also, in case you missed the news, the Des Moines Water Works lawsuit is not merely dead but really most sincerely dead; having been dealt a blow by the Iowa Supreme Court in January and a U.S. District Court judge last month, the utility announced last Tuesday that it has decided not to appeal.

An eye-catcher: Pulitzer winner is critique of Big Ag’s damage to waters, and resistance to buffers